By Malika Orazgaliyeva in International on 24 November 2016

ASTANA­ – Kazakhstan participated in the Nov. 22-24 Organisation for Economic Cooperation and Development (OECD) Eurasia Week in Paris. The event sought to strengthen relations between countries of the region and the organisation and examine ways to improve the region’s competitiveness. 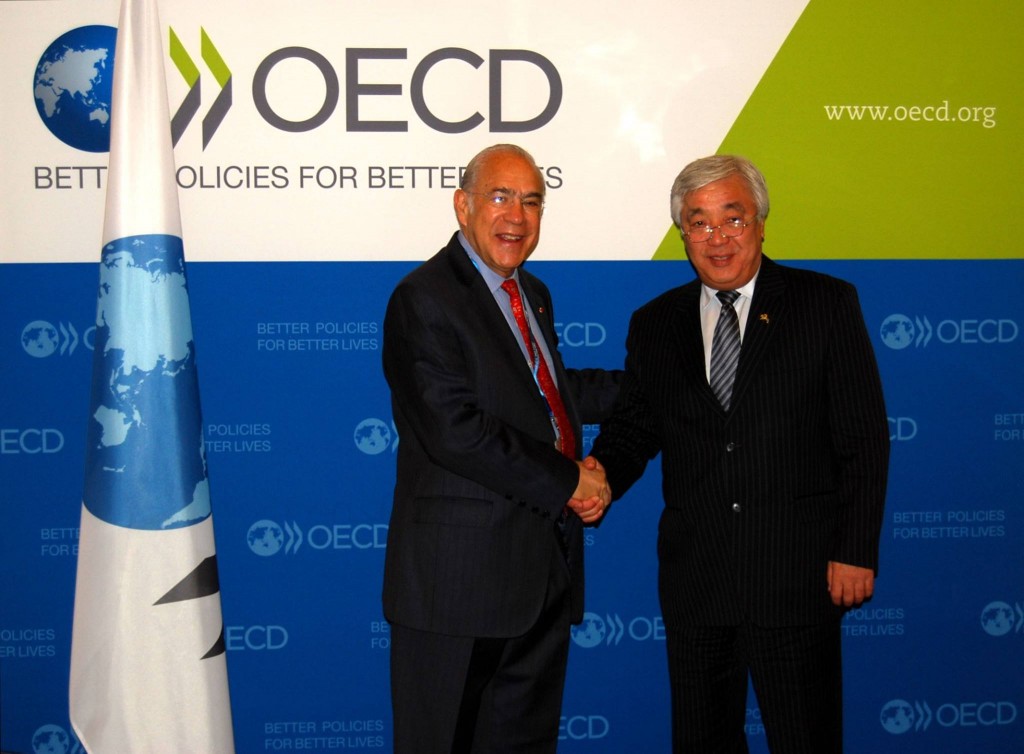 Minister of Foreign Affairs Erlan Idrissov headed the Kazakh delegation, which included representatives of the Ministry of the National Economy, Ministry for Investment and Development, Ministry of Energy, Ministry of Healthcare and Social Development, Baiterek National Holding, Astana EXPO 2017 National Company, the Astana International Finance Centre and others. Kazakhstan has participated in Eurasia Week since 2012.

Kazakh Prime Minister Bakytzhan Sagintayev addressed the gathering via a video recording during the opening ceremony in which he shared Kazakhstan’s vision for development of the Eurasian continent. He noted the importance of expanding cooperation with the OECD and Kazakhstan’s commitment to reforms based on the organisation’s standards. 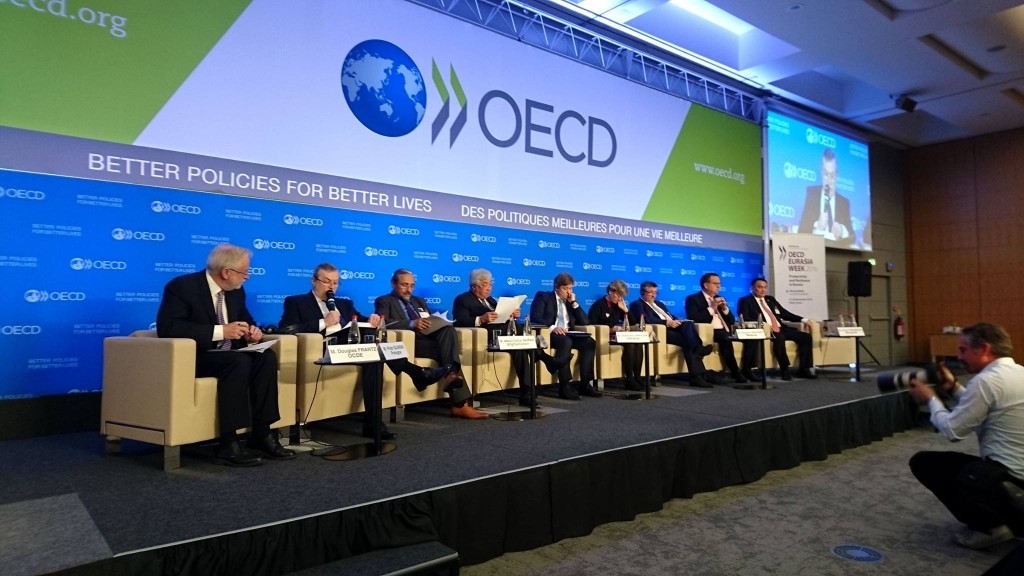 Sagintayev said that in the short time since the implementation of the OECD Country Programme, Kazakhstan has adopted 59 laws to improve the institutional environment and will finish its efforts by the end of 2016.

Sagintayev also stressed that Kazakhstan will develop an action plan for cooperation with the OECD and proposed holding the next meeting of the forum in Kazakhstan, primeminister.kz reported.

Idrissov spoke at the opening of the ministerial session, highlighting development areas for Kazakhstan as a central player in the Eurasian space and briefed the group on the objectives of the Plan of the Nation “100 Concrete Steps” to implement the five institutional reforms, which is based on the best experience of OECD member countries.

According to the Kazakh Ministry of Foreign Affairs, forum participants were interested in Kazakhstan’s experience attracting foreign investment and said the country is an attractive place to invest and do business.

Idrissov also met with OECD Secretary-General José Ángel Gurría and head of the OECD Global Relations Secretariat Andreas Schaal. They agreed Kazakhstan provides one of the best examples of cooperation between the organisation and an aspiring country. It was agreed that that next OECD Eurasia Week will take place in Astana in 2017. Gurría said he hopes the organisation and Kazakhstan will continue their history of cooperation.

The Kazakh delegation also briefed the gathering on EXPO 2017 and Minister of Trade and Industry of the Czech Republic Jan Mládek said his country is preparing to participate.

“Eurasia Week this year is of particular importance for our country, since we sum up the implementation of the programme on cooperation between Kazakhstan and the OECD for 2015-2016, as well as determine the format and priorities of further work” said Idrissov, noting the importance of the dialogue in Paris to promote integration in Central Asia.

The Kazakh delegation also participated in a business forum and thematic sessions within the event.