In this article I would like to reflect on some of the major international trends in the context of the 25th anniversary of Kazakhstan’s Independence. This milestone is not only a good opportunity to make observation of the country’s remarkable achievements bearing in mind that at the dawn of Kazakhstan’s Independence many political scientists believed that this country didn’t have a chance to become a viable sovereign and independent nation; but is also a good opportunity to analyse the developments of the whole world over the last quarter-century. 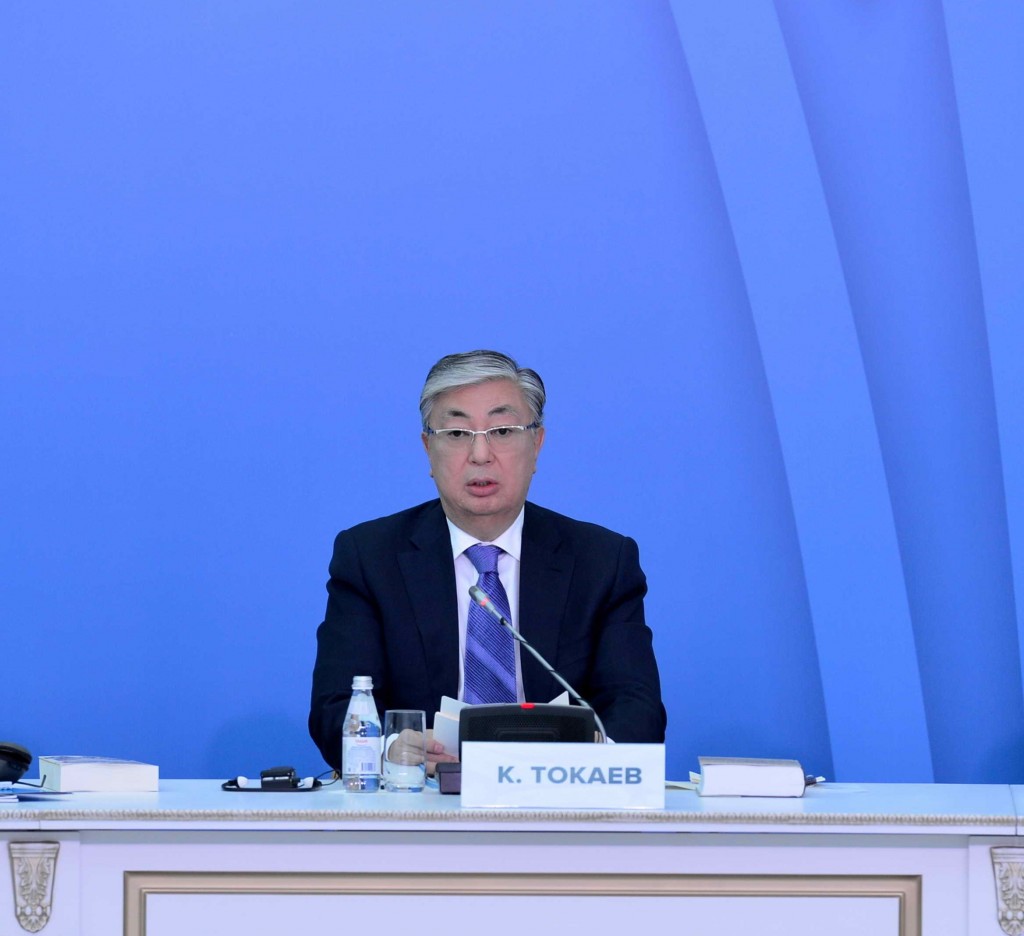 The world has changed dramatically. We ourselves and our states have also started to change.

Twenty-five years ago the end of the Cold War created an illusion that international relations would be marked by real harmony. That did not happen. Moreover, in recent years we have been witnessing the emergence of a new and potentially more rigid confrontation. This enmity is different in nature: unlike the bipolar ideological rivalry during the Cold War era, the new confrontation is based on national strategic interests.

A quarter-century ago, China was an impoverished country, whose geopolitical interests were confined by regional frameworks. Now it has reinvented itself as a distinct political and economic pole of the global world.

Twenty-five years ago it would have been difficult to perceive the enormous role of such regional organisations as the BRICS, the Shanghai Cooperation Organisation (SCO) and the ASEAN in world affairs. Nowadays, the importance of these regional structures cannot be ignored. Multi-polarity has become an irreversible trend in the modern world. As for the Shanghai Cooperation Organisation, this international body with a universal agenda is playing an increasingly important role in the international relations and is becoming more attractive which is evidenced by the upcoming accession of India, Pakistan, Iran and possibly other countries.

Twenty-five years ago, international terrorism was just nascent. Now it has become the main threat to global security. To eradicate terrorism is quite possible, but it requires united efforts which, unfortunately, is not the case, as is seen in Syria. The President of Kazakhstan, Nursultan Nazarbayev, put forward an initiative of building a UN-led Global Counter-Terrorism Network to consolidate efforts in fighting terror.

In this unstable situation in the world we are rightly concerned about cybersecurity. The advancements in science and technology have completely transformed the life of humanity in the last quarter-century. At the dawn of our independence we could hardly have imagined the spread of such social networks as Facebook and Twitter. The Arab Spring brought up a new phenomenon of the Internet Revolution. Donald Trump’s unexpected victory once again has revealed the advantages of social media over traditional journalism.

Twenty-five years ago Syria, Libya, Yemen and even Iraq were relatively prosperous states. Now they have become hotbeds of international tension and are in the forefront of the global agenda. In these circumstances, Russia by having sent its troops to Syria has seized the strategic initiative in the Middle East. Iran has also significantly enhanced its influence in the region.

Twenty-five years ago even in the most frightening dream we couldn’t imagine the events that took place in Ukraine in 2014 and its subsequent confrontation with Russia.

During the last quarter-century the world, including Kazakhstan, went through three financial crises. Now it is clear that such shocks will repeat regularly and challenge the stability of the world economy in the foreseeable future. Therefore, we need really new, truly innovative approaches to solve economic problems which have to be separated from politics.

In the mid-1990s Samuel Huntington’s work on the Clash of Civilizations was commonly criticised. Today we must admit that this theory has become a bitter reality. There are conflicts and contradictions not only between major religions, but within religions too: between Shias and Sunnis, Orthodox Christians and Catholics. Against this backdrop, the initiative of the President of Kazakhstan on convening regular Congresses of the Leaders of World and Traditional Religions is increasingly relevant. All religious leaders obtained a chance to get engaged in dialogue with eminent politicians, including heads of state, government and international organisations, in an effort to facilitate the elimination of threats to the world order.

The presidential election in the United States has undoubtedly become this autumn’s major political event. Donald Trump’s victory allows us to draw the conclusion that nationalism is becoming a resurgent and dominant global phenomenon. In other words, the events in the U.S. will certainly have a strong impact on world politics, as well as on domestic situation in many nations, including European countries.

The issue of nuclear disarmament and non-proliferation is still very much acute. The President of Kazakhstan consistently advocates the reduction of the nuclear threat. As a wise and pragmatic political leader, he realises that the current situation will not lead to a complete nuclear disarmament. However, we need to make possible the genuine non-proliferation of weapons of mass destruction, most notably, of nuclear weapons. Imagine such weapons falling into the hands of terrorist organisations such as ISIS, Boko Haram, Al-Shabab, Al-Qaeda or the Taliban. Then it will be an end of the world.

The role of Central Asia in global politics is growing. We should be concerned about strengthening its security. In the early 1990s, even the world’s major powers underestimated the threat to security posed by the Taliban movement. Now Afghanistan has become a long-term hotspot.

Besides, Central Asia must unite efforts to resolve pressing issues of the region such as the shortage of clean water, as well as drug and human trafficking.

We anticipate a more active role of the United Nations in ensuring international security. This universal and indispensable global body must adequately respond to the diversification of threats. The UN reform must be aimed at improving its efficiency and credibility. Today, the Secretary General of the UN has a more challenging job compared to his predecessors during the Cold War era, who acted mainly as messengers between the two superpowers. Nowadays, the Secretary General needs to become a real politician and must take seriously the advent of regional organisations and the growing influence of developing countries in the UN. The newly elected Secretary General, António Guterres, should in the first place ensure the coherent work of the Security Council, which ceased to play the role of “collective intelligence” due to notorious differences on Syria and Ukraine.

Kazakhstan will be acting as a non-permanent member of the Security Council in the coming two years and will be advancing its agenda in this principal UN body. Kazakhstan will be voting in the UNSC on major issues, including Syria and Ukraine.

Today we are standing on the verge of completely new breakthroughs in science and technology which will reshape the world entirely in the next quarter-century. The way of life and even the mindset of the people will change. A small group of the most developed nations will act as a driving force and will lead the whole world. Middle income countries able to copy and absorb technological inventions will follow them. Alas, the rest of the majority of the countries may be left on the sidelines of world development, and this will have serious repercussions on global security. The advancement in science and technology will result in more than one billion people becoming unemployed, compared to the current 200 million. This will also have serious consequences for the development and security.

International economic cooperation can be a primary tool for ensuring the well-being of our citizens. The Chinese project of the Silk Road Economic Belt plays a huge role in this regard. The initiative was first presented by President Xi Jinping during his visit to Astana in 2013. Kazakhstan is determined to implement this strategic project on its territory. A unique sweeping programme “Nurly Zhol” (“Bright Path”) has a particular focus on this project.

Those are some of the major issues that, in my mind, deserve careful attention of experts, political scientists and politicians in terms of planning and contemplating our common future.

The author is Chairman of the Senate of the Parliament of the Republic of Kazakhstan. The article is based on the remarks delivered at the Astana Club meeting on Nov. 16.