By Aiman Turebekova in International on 29 November 2016

ASTANA – The Kazakh Foreign Affairs Ministry continues to prepare a programme of its work as a non-permanent member of the UN Security Council in 2017-2018. Along with issues of nuclear disarmament and non-proliferation, the fight against terrorism and extremism, and the promotion of peacemaking and peace-building, among the country’s priorities will be security and development issues in the Central Asian region. 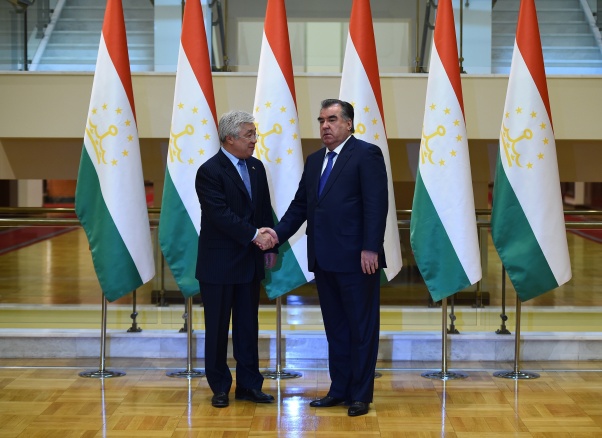 Thus, Foreign Minister Erlan Idrissov intends to visit capitals of the Central Asian states and Afghanistan o hold talks on a promotion of regional issues at the main political body of the UN.

According to the Kazakh Ministry of Foreign Affairs, Idrissov visited Kabul and Dushanbe on Nov. 24-25 delivering to Presidents of Afghanistan and Tajikistan Mohammad Ashraf Ghani and Emomali Rakhmon special messages from Kazakh President Nursultan Nazarbayev about his vision on establishing effective channels of cooperation to address common challenges at the UNSC.

In his meetings with top Afghan and Tajik officials, the Kazakh minister underlined the importance of addressing issues of regional security in Central Asia, in particular, related to stabilisation in Afghanistan. Ghani congratulated Kazakhstan for it non-permanent membership at UNSC. The Afghan president stressed that the situation in his country should be viewed from two angles: of ensuring stability and security for the country and its neighbours and supporting social and economic development as well as continuation of the restoration of a peaceful life in Afghanistan.

In this regard, he thanked Kazakhstan for implementing its educational programme for Afghanistan begging in 2010. Due to this programme, around 1,000 Afghan students have been able to get higher education in Kazakhstan. Moreover, the Afgahn president expressed his gratitude for the provision of humanitarian assistance and the construction of infrastructure in Afghanistan. Ghani assured that the National Unity Government of Afghanistan is making every possible effort to stabilise the situation in the country.

Questions related to Kazakhstan’s upcoming membership on the UNSC as well as cooperation between the two countries in the trade, economic, investment, educational and humanitarian spheres were also discussed in meetings with Chief Executive of Afghanistan Abdullah Abdullah, Interior Minister Mohammed Hanif Atmar and Foreign Minister Salahuddin Rabbani.

It was noted that Kazakhstan is involved in many international and regional initiatives on Afghanistan such as the Istanbul process “Heart of Asia,” Regional Economic Cooperation Conference on Afghanistan, the United Nations Special Programme for the Economies of Central Asia and others. Kazakhstan intends to continue to strengthen collaboration in these areas.

On Nov. 25, in Dushanbe, Idrissov held talks with the President of Tajikistan. The Kazakh Minister conveyed warm greetings of President Nazarbayev and informed about the work of the governments of the two countries related to agreements reached during the official visit of the Kazakh leader to Dushanbe in September 2015.

The sides noted specifically the value of the bilateral Treaty on Strategic Partnership that has become a foundation to expand and strengthen bilateral cooperation on a wide range of issues.

Idrissov thanked the Tajik leader for supporting Kazakhstan’s candidacy for the UNSC. The minister stressed that Kazakhstan clearly understands the importance of the upcoming mission and sees it as an opportunity to present the common interests of Central Asia.

Rahmon noted Dushanbe’s interest in strengthening mutually beneficial cooperation with Kazakhstan and the importance of a regular exchange of views and information on issues of mutual interest.

The Kazakh diplomat also met with his counterpart, Foreign Minister Sirodjidin Aslov. The parties held a substantive dialogue on issues of cooperation in the bilateral format and within international organisations. The sides also exchanged views on the problems of water and energy in Central Asia.