ASTANA – The Kazakh capital club defeated Kairat Almaty 1:0 Nov. 20 in Almaty in the final match of the Kazakhstan Cup 2016. 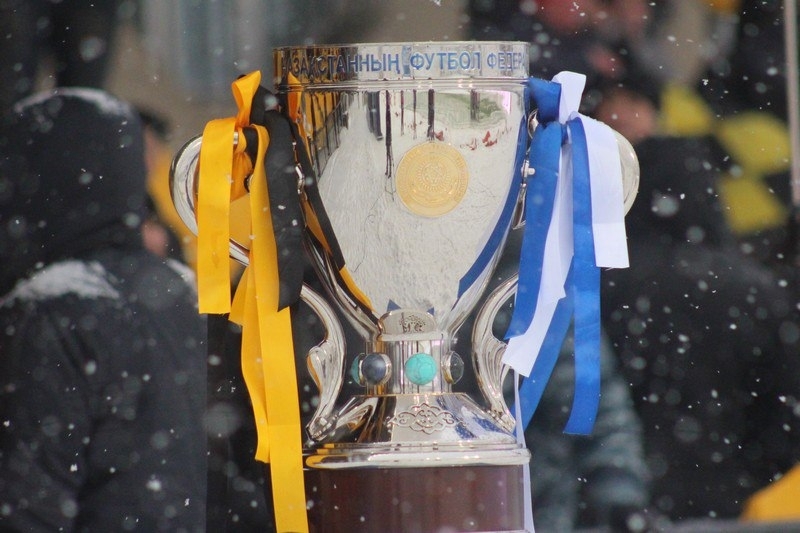 Many had expected Almaty to win in revenge for giving way to FC Astana in the race for the national championship title.

A heavy snowfall was a big challenge to the footballers. However, both teams managed to show interesting, tactical play.

In the first half, Kairat was more active; however, it was the visitors who had the better chance with Yuri Logvinenko’s effort hitting the woodwork. Shortly before the break, Kairat’s Gerard Gohou went head-to-head with Astana’s goalkeeper Aleksander Mokin but his strike into the near corner was too weak. 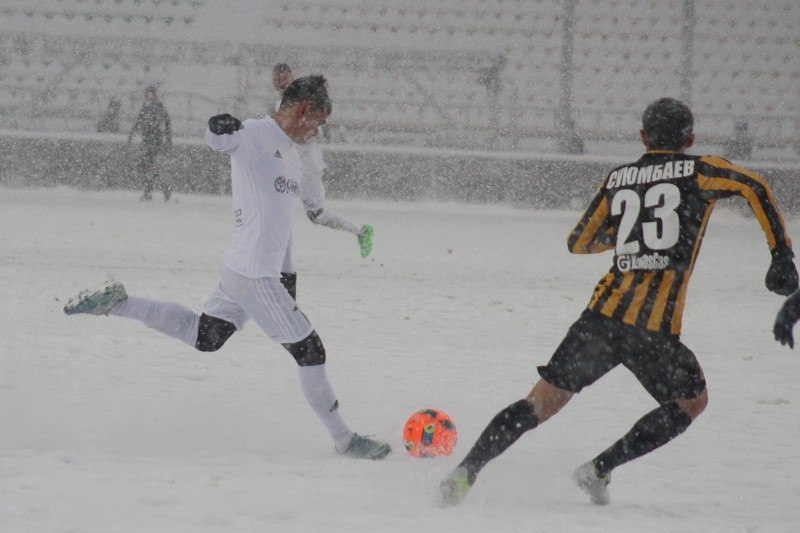 Minutes into the second half, FC Astana took the lead. Nemanja Maksimović’s cross found Junior Kabananga near the goal and the latter was clinical – 0:1. After that, the visitors turned more into defence. Kairat was naturally attacking more but none of their efforts, most of them through crosses and volleys into the penalty box, beat Mokin.

Shortly before the final whistle, Astana were close to scoring their second in a counter-attack. Djordje Despotović went head to head with Almaty’s goalkeeper Stas Pokatilov but his low strike went astray. Kairat still had a couple of more chances to equalise. Yet the visitors survived, which meant Astana added the Cup to their recent Super League title. “I am very glad that we secured a double this season. I congratulate my players, the club management and fans with this victory. Today, we faced tough weather but both teams tried to show their best,” FC Astana’s head coach Stanimir Stoilov said.

“I congratulate Astana on their win of both the Cup and the championship. As for today’s game, the weather had its impact on it. There was less [real] football and more of struggle and of long crosses. … We created many good chances but were short of luck today. If we look at how many approaches to our goal they had we can count with the fingers of one hand. Unfortunately, we failed to convert our own chances. In the game of football, this is rarely forgiven. In a simple situation we let the opponents score a goal. However, I told my players that they had nothing to be ashamed of, since they delivered a decent play. I believe we were simply unlucky,” Kairat’s head coach Kakhaber Tskhadadze commented.