By Dana Omirgazy in International on 3 November 2016

ASTANA – Leading Chinese experts shared their nation’s vision and attitude towards developing and implementing the Silk Road Economic Belt (SREB) project at an Oct. 31 international scientific conference. Bilateral relations between Kazakhstan and China were discussed during the event organised by the Library of the First President with the support of the China Studies Centre and Institute of Russian, East European and Central Asian Studies, which falls under the auspices of the Chinese Academy of Social Sciences (CASS). 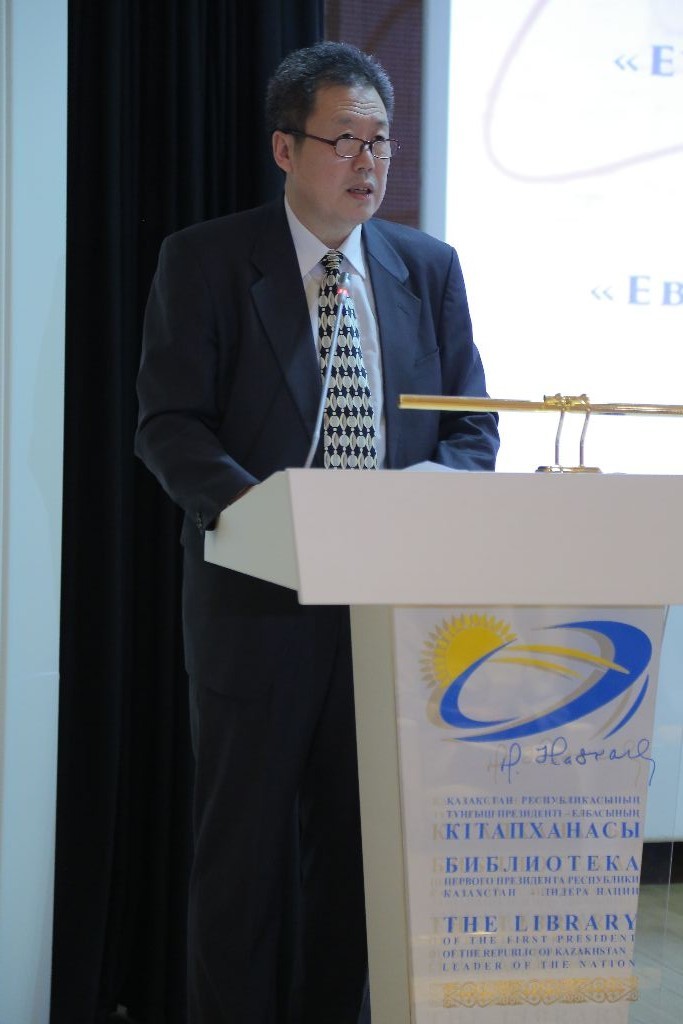 “Increasingly, relations between Kazakhstan and China are becoming more important. Nonetheless, there are both advancing projects and unresolved issues. The project is primarily focused on trade. Similar to Dubai and Singapore, Kazakhstan is playing the role of a transit hub, given its geographic location,” said Yerkhat Iskaliyev, trustee board member of the Silkway International Institute of Logistics and Business.

He also drew attention to the need to ensure establishing and maintaining an adequate quality of service, including timing control and organising customs posts and logistics competence.

The conference included discussions about regional cooperation in Eurasia and developing economic integration within the Eurasian Economic Union (EAEU). Speakers also focused on the significance of the SREB and integrating Kazakhstan’s Nurly Zhol economic policy and China’s initiative, also known as One Belt, One Road.

During his official visit to Kazakhstan in 2013, Chinese President Xi Jinping announced the initiative of jointly establishing the SREB and 21st Century Maritime Silk Road to link the world’s second largest economy with Europe through Central Asia. The initiative aims at rapid development of Central Asian countries by building a trade and infrastructure network connecting Asia with Europe and Africa along the ancient Silk Road routes.

Conference speaker Sun Li, deputy director of the Chinese Institute of Russian, East European and Central Asian Studies, addressed the preferred directions to link the SREB and EAEU in the Central Asian region. He focused particularly on broad prospects in the energy field.

“The SREB initiative provides a good basis for energy cooperation between China and Central Asia. This sector is identified as one of the most promising areas for cooperation,” said Sun.

The principles of political cooperation in the process of connecting the EAEU and SREB were highlighted by CASS Department of Russian Policy and Society head Pang Dapeng.

“It is necessary to adhere to the principles of mutual respect and equality. China is ready to strengthen these principles of political cooperation with all countries of the region. Thus, we will be able to make a positive contribution to the sustainable economic growth in the region,” he said.

More than a year has passed since Xi and Russian President Vladimir Putin signed a joint statement May 8, 2015 which implied linking the EAEU and SREB. The SREB initiative suggests stimulating investment activities in transport and logistics in Eurasia, which would serve as a basis for facilitating far-reaching cooperation and development in the region. The other EAEU states agreed to back the agreement and expressed their readiness to cooperate with China. According to the conference speakers, however, the deal has been quite slow to show results.

“Kazakhstan has almost completed the Western Europe-Western China project on its territory. This issue was considered during Vladimir Putin’s visit to Kazakhstan. Russia is just starting this project under public-private partnership. This causes serious problems for Kazakhstan in cargo transportation. I think Russia will resolve this problem because China has already built great roads,” he added.

Iskaliyev reiterated the Western Europe-Western China International Transit Corridor is one of the largest projects between Kazakhstan and Russia. The volume of freight traffic is expected to increase 2.5 times, reaching 33 million tonnes per year.

As noted by the conference speakers, Chinese State Council Premier Li Keqiang will be visiting Kazakhstan this month. Li attaches great importance to relations with Kazakhstan. He and Kazakh Prime Minister Bakytzhan Sagintayev as well as other officials will discuss further work to expand cooperation in various fields between the countries.