ASTANA – Austria is readying to showcase its latest developments in clean and alternative energy at the next international exhibition to take place next year. 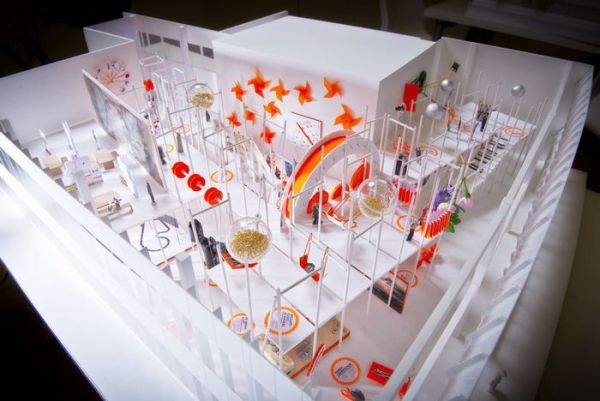 The nation is one of the world’s recognised leaders in developing clean energy, with two-thirds of its total electricity generation coming from alternative sources. Thus, Austrian officials have enthusiastically accepted the invitation to participate in EXPO 2017 and are among the first countries to present a detailed vision of the future pavilion. Austria’s National Expo Commissioner Richard Schenz and his team presented the concept at an Oct. 11 meeting in the capital with Astana EXPO 2017 Chairperson Akhmetzhan Yessimov.

Austria will have a unique pavilion offering interesting insight into some of the latest green technologies, said Schenz. He highlighted the strong economic ties between Austria and Kazakhstan, with a trade turnover worth 1.3 billion euros (US$1.4 billion), adding participation in the world exposition can provide impetus to further deepening economic and cultural ties.

National office head Rudolph Ruzicka revealed some details of the future pavilion titled “Mind, Soul, Power.” Austria will share a venue with the Czech Republic and Sweden. The Austrian portion will be rather spacious, with a total of 900 square metres accommodating 10 different stations. The sections will be set up in the format of a continuous entertaining game, appealing to visitors of every age, and feature a special programme for potential business partners.

The general idea of the exhibition set-up will be based on a simulated car trip, taking visitors from one experience to another. The adventures will help guests become more aware of the power spent on simple routine activities, such as watching television or making coffee, in the hope of inspiring them to become more conscious and responsible energy consumers, said Ruzicka.

Pavilion organisers are also looking to appeal to younger visitors. Interactive games for children will focus on presenting complex concepts and ideas in simple and fun ways.

EXPO 2017 will be the third world’s fair where Ruzicka will head the Austrian national office. He spoke highly of his Kazakh counterparts, noting their professionalism and motivation. Ruzicka also noted the importance and timeliness of the “Future Energy” theme which Kazakhstan chose for the exhibition.

“We believe that this global issue can only be resolved through the joint effort of all countries and nations,” he said during the meeting.

The Austrian team selected the “Mind, Soul, Power” project from 22 applications submitted across Europe. The winning project team consists of architects, art historians and engineers who are now developing the technical specifications of the pavilion. Organisers indicated preference will be given to a Kazakh construction company with a reasonable price offer, as it will help to avoid the transportation costs which would otherwise be incurred with an Austrian company. Building materials used for construction and installation will be recyclable, said team members.

Austria’s Trade Attaché for Kazakhstan Michael Müller noted four of the nation’s 23 clean energy companies have already been approved to participate in the best practices category. He added Austrian companies were pleased with the opportunity to share their green energy know-how and technology.

At the end of the meeting, Austrian Ambassador to Kazakhstan Gerhard Sailler, emphasised the importance for his nation of participating in EXPO 2017.