By Anuar Abdrakhmanov in Sports on 8 November 2016

ASTANA – Kazakh rider Alexey Lutsenko from the Astana Pro Team won the cycling race Tour of Hainan, which was held in the namesake province of China Oct. 22-30. 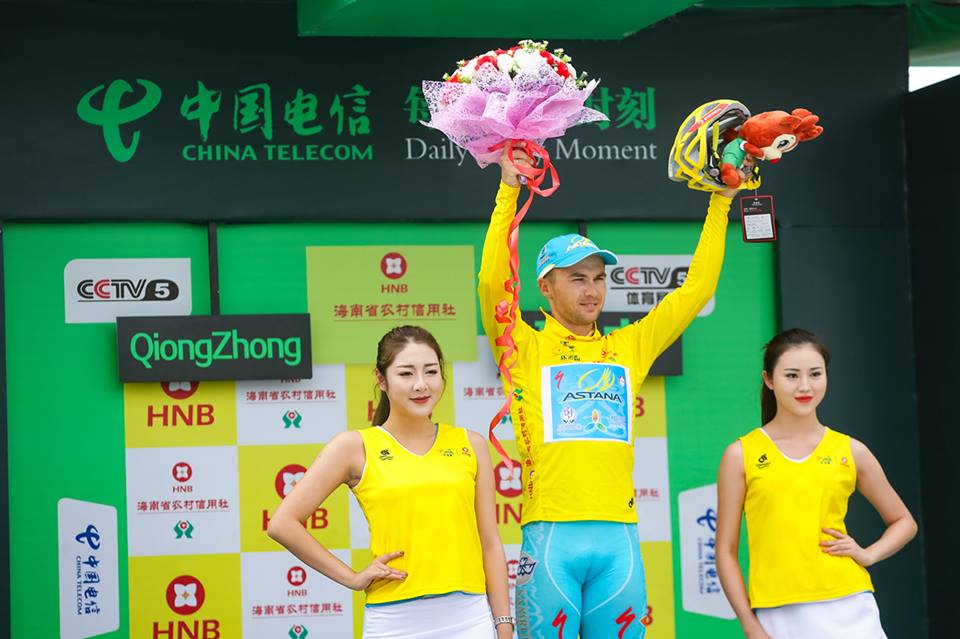 Lutsenko took the lead in the overall standings after the sixth stage and was able to hold it through the ninth and final stage. Second in the general classification with a delay of 17 seconds was Przemysław Niemiec of Lampre-Merida, and third was his teammate Slovenian Matej Mohoric.

“I can say that without my team, I would not have achieved this victory. The guys worked perfectly the whole race, always rode ahead, catching up detachments, protected our lead, so it is a victory of our team,” Lutsenko said after the race.

Along with the victory in the general classification, Astana Pro Team won victories in two stages of the race. Thus, the cycling club finished the season with a good victory in China.