Abe-Nazarbayev Summits Facilitate Cooperation Across the Board

By Erlan Baudarbek-Kozhatayev in Op-Ed on 5 November 2016 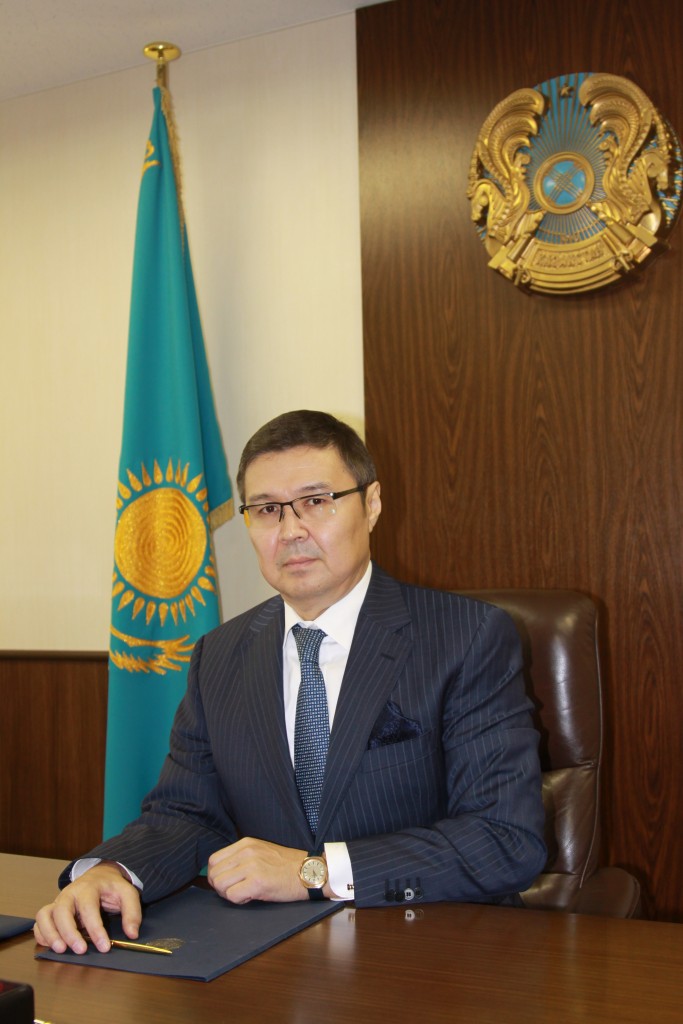 As during previous visits to Japan, the programme of the visit will start, as is traditional, with a meeting with Japan’s Emperor Akihito, with whom Nazarbayev has developed a warm friendship over the years.

Having announced the upcoming visit of the President of Kazakhstan, Chief Cabinet Secretary Minister of Japan Yoshihide Suga noted that “Nursultan Nazarbayev’s visit to Japan is important for the further strengthening of cooperative ties between the two countries.” At the same time, he stressed that “Kazakhstan is a regional leader with a vast territory and economic power. Kazakhstan plays an important role in the international community and starting from the next year it will be the first Central Asian state to be a nonpermanent member of the UN Security Council.”

This time in Tokyo, Nazarbayev and Prime Minister of Japan Shinzo Abe will hold talks for the seventh time, which is unprecedented in the history of bilateral relations, and which clearly demonstrates the high level of Kazakh-Japanese cooperation. This year alone, the two leaders have met twice on the sidelines of major international forums in Washington and Hangzhou, China.

In such meetings the leaders of Kazakhstan and Japan have an opportunity to discuss topical issues of bilateral cooperation, to adjust previous high-level arrangements as well as to coordinate positions on the most serious challenges of modernity.

In general, looking back at the 25-year history of relations with Japan, it should be noted that our head of state has personally paid great attention to the development of Kazakh-Japanese cooperation from the very first days of independence, and in particular to its economic component. I clearly remember the arrival in Kazakhstan of the first trade and economic mission headed by Chairman of the Board of Directors of Mitsubishi Corporation Sinroku Morohasi in June 1993, which included the heads of 40 major Japanese multinational companies. At that time the Japanese businessmen were impressed by the political charisma and purposefulness of our President, who made them feel confident in the socio-economic reforms of the young independent state. Later, I was also lucky to interpret for the head of state at the meeting of the captains of Japanese business in the course of his official visits to Japan in 1994 and 1999. The representatives of political and business circles of Japan were always struck by the vision and power of persuasion of the President. Due to his personal efforts, within the first years of independence, through Official Development Assistance (ODA), Japanese companies implemented in Kazakhstan projects totaling $1.145 billion. The government of Japan granted financial aid in the amount of approximately $65.4 million, as well as technical support amounting to $67.8 million.

Today, the cooperation between the two countries is focused on the conjugation of two economies, two new economic policies – Nurly Zhol and Abenomics – through the effective use of the economic benefits of Kazakhstan and Japan. These policies pay great attention to the widespread introduction of Japanese technology and know-how.

Kazakhstan and Japan have signed important documents such as a  convention on the avoidance of double taxation,  an agreement for cooperation in peaceful uses of nuclear energy, an agreement on mutual protection and encouragement of investments and more

These measures, together with the policy pursued by our government on improving the investment climate in the country and the entry of Kazakhstan into the Eurasian Economic Union (EAEU) and the World Trade Organisation (WTO), have helped frame Kazakhstan as a reliable business partner and an attractive target for investment in the eyes of Japanese investors.

Against this background, annual bilateral trade figures are within $1.5 to $2 billion. Last year, despite the slowdown of global economy, trade turnover between our countries amounted to $1.5 billion (exports of $858.6 million and imports of $584.7 million). From January to July 2016, the amount reached $741 million (exports of $351.1 million, imports of $390.5 million).

A landmark agreement was signed between the government of Kazakhstan and the Toyota Motors Company in February 2013 on the start of production of Toyota Fortuner SUVs at Saryarka Avtoprom in Kostanai. A Tokyo Rope factory will launch very soon in Almaty. Tokyo Rope is the leader in manufacturing high-tech steel wire cables, cables for bridges and engineering products.

The flow of Japanese investments into the Kazakh economy over the last 10 years comprised around $5 billion. However, the figures do not reflect the existing potential for cooperation. Recently, the interest of Japanese companies in operating in Kazakh free economic zones has increased in line with their interest in using the transit potential of Kazakhstan for transporting cargo, including through the use of our terminals in foreign markets.

Promising cooperation vectors include collaboration between the Astana International Financial Centre and the Tokyo Stock Exchange, the Japanese Financial Service Agency, the Japanese Securities Dealers Association and other financial establishments; the development and introduction of Japanese smart technologies in the environmental domain; security; transport; communication; and city planning.

The business communities of both parties are expected to participate in the sixth meeting of the Joint Commission of Government and Private Sectors of Japan and Kazakhstan on Economic Cooperation in November in Tokyo. There, it is planned that bilateral commercial documents to the tune of $1 billion in the fields of transport, oil, chemistry, finances, mineral resources, nuclear energy, tourism, information technology and other high technologies will be signed.

In 2016, Japanese economic organisations and companies demonstrated their readiness to take the most active participation in the work of EXPO 2017, to be held next year in Astana. Japan’s pavilion, with the motto “Mixed technologies – expertise and challenges” is the largest one and consists of three zones. The first zone will demonstrate Japanese technologies on solving energy issues. In the second zone, visitors will witness technological capacities of future energy. In the third zone, the showcase, visitors will see cutting-edge technologies.

Another important direction of bilateral relations is close partnership in the field of nuclear nonproliferation. Japan has supported the initiatives of the Kazakh President in this regard from the very first days of independence. It is worth mentioning that Japan acted as a co-author of the UNGA Resolution on the Semipalatinsk region, and initiated the Tokyo International Conference on problems of Semipalatinsk in 1999.

In 2009, Japan also appeared as the only developed country to become the co-author of the UNGA Resolution that declared Aug. 29 the International Day against Nuclear Tests. Japanese government and social delegations also visited Astana and Semey to participate in memorial events dedicated to this date. In 2013, honorary guests at the presentation of Nazarbayev’s initiative, The ATOM Project, in Tokyo and throughout Japan were the wife of the Japanese prime minister, Akie Abe, and the mayors of Hiroshima and Nagasaki.

It is no surprise that in February 2015 during the meeting of Comprehensive Nuclear Test Ban Treaty Organisation (CTBTO) Kazakhstan and Japan were elected as co-chairmen of Conference on Facilitating the Entry into Force of the CTBT for 2015–2017, which took place in September 2015 in New York within the UNGA.

In October 2015 and April 2016, Nazarbayev and Abe published two important political statements in support of the Treaty. Executive Secretary of the Preparatory Commission of the CTBTO Lassina Zerbo said, “I appreciate the powerful leadership of leaders of both countries with regards to CNTBT and abolition of nuclear tests.”

Considering the similar history of the Kazakh and Japanese people and their common aims to build a nuclear weapons free world, Nazarbayev is to visit Hiroshima during his current trip to pay tribute to the memory of the victims of the nuclear bombings in 1945.

The visit will be rich with events of a political and economic nature and will be aimed at attracting Japanese investments and advanced technologies Kazakhstan needs to implement the modernisation plans of the national economy and to join the OECD and the top 30 leading economies of the world. The visit will also facilitate further strengthening of friendship between the leaders of both countries, an important precondition to bring strategic cooperation to the whole new level.

The author is Kazakhstan’s Ambassador Extraordinary and Plenipotentiary to Japan.