40 Electric Car Stations, Sports Facilities to Be Built in Almaty

By Kamila Zhumabayeva in Nation on 3 November 2016 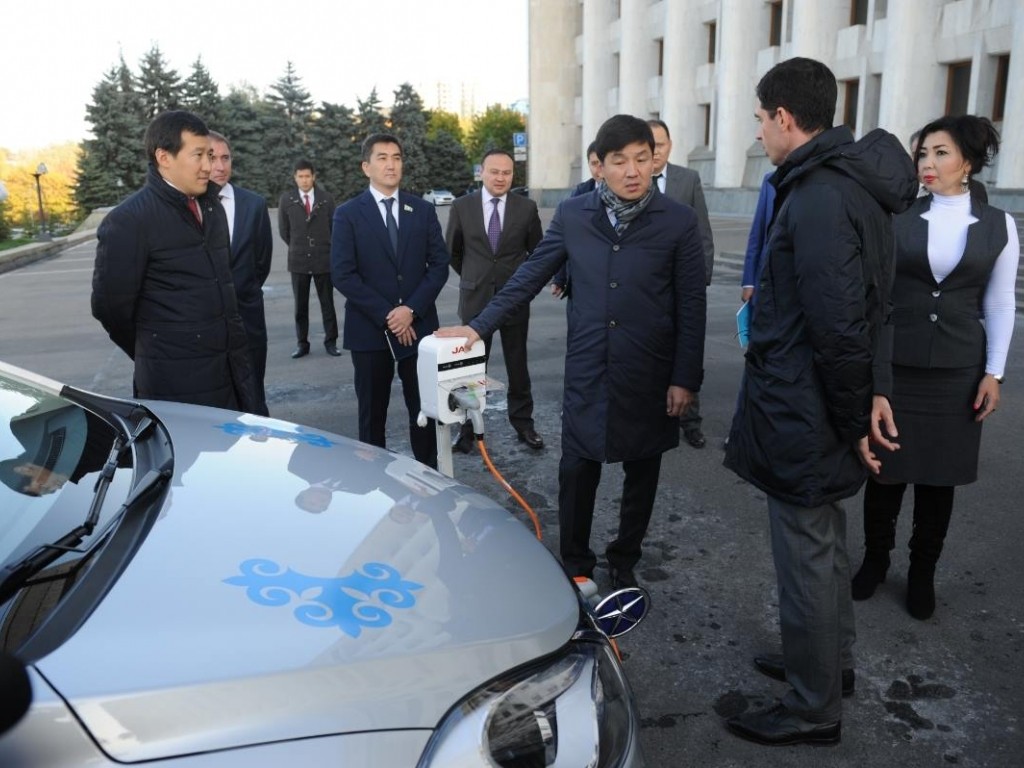 “The number of cars increased 10 times in 25 years in Almaty. Right now, there are 570,000 cars in the city and 270,000 in the nearby region. Meaning, overall 840,000 cars go in and out of Almaty every day. The state invested about 500 billion tenge (US$1.5 billion) into transport infrastructure over the past 10 years. All essential infrastructure in the city has been established, but we already see the need to switch to another, European paradigm, when cars are being displaced out of city centres,” Akim (Mayor) Bauyrzhan Baibek said, according to local news outlets.

The Allur Auto company provided Almaty’s administration with several electric cars for testing. The city’s mayor tested one of them, the Chinese JAC brand.

The project’s organisers believe that electric car stations might stimulate citizens to switch their vehicles to electric cars and use green technology. Baibek recommended all citizens purchase electric cars.

“I think it is convenient and prospective. A car should not be a luxury but means of transportation. Infrastructure is a basis for business. The more electric charging stations, the more citizens will like it. … Buy electric cars if you want to pay less,” the akim noted, according to Tengrinews.kz.

Agreements have also been reached with the city to build this year a 1,800-square-metre ice arena in Almaty. The facility for hockey and games figure skating will be located at the intersection of Raiymbek Batyr and Saken Seifulin streets. The akimat will cooperate with Maslo-Del company on this project.

Eight tennis courts (four indoor and four outdoor) will be built in the city’s Mamyr 1 micro district. The location of choice was explained by the akimat to develop infrastructure not in the centre or upper sides of Almaty alone, according to Baibek. Tennis courts will be built in cooperation with Kazakhstan’s Tennis Federation, Kapital.kz reports.

In cooperation with Global Building Contract company, the akimat will also build an education centre to coach and improve skills of utility company employees. A pumping station in Medeu region will also be renovated as part of this cooperation, which, according to the company’s representative, will allow residents of more than 1,000 apartments to receive heating on a stable basis, news agencies state.