ASTANA – Astana Opera has enriched its repertoire with yet another classical production. The ballet troupe premiered “Don Quixote” filled with Spanish charm, fervour and humour Nov. 25, attracting a full house and mesmerizing the audience. 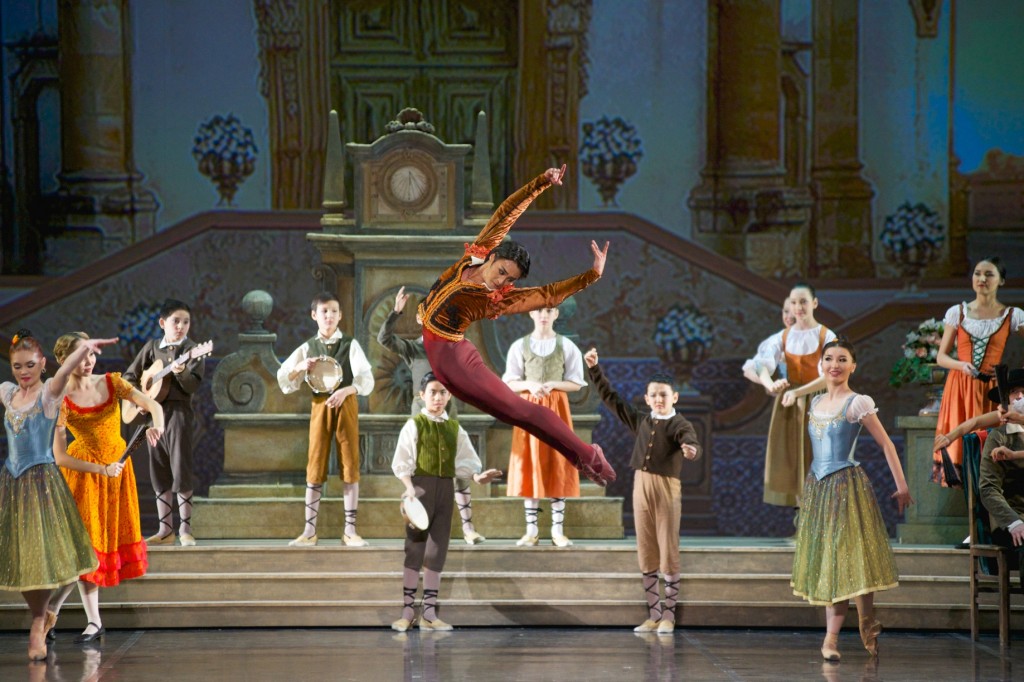 The ballet is based on episodes taken from the famous novel “Don Quixote de la Mancha” by Miguel de Cervantes. It was initially choreographed by Marius Petipato to the music of Ludwig Minkus and first presented at the Bolshoi Theatre in Moscow in 1869. The ballet has subsequently been staged in every major classical theatre.

In an age when technology is transforming theatre, the new production is a unique combination of the classic plot, original music, traditional Spanish costumes, beautiful, somewhat monumental, stage design and animated visual graphics.

Stage designer Ezio Frigerio recreated the authentic and festive atmosphere of 17th-century Barcelona with the help of grand installations which change insensibly with the ballet scenes. Topped with skilful use of animation and lighting effects, the ballet was an aesthetic feast that left the audience wanting more. The spectators burst into wild applause when Don Quixote came on stage on a horse accompanied by his squire Sancho Panza riding a pony. 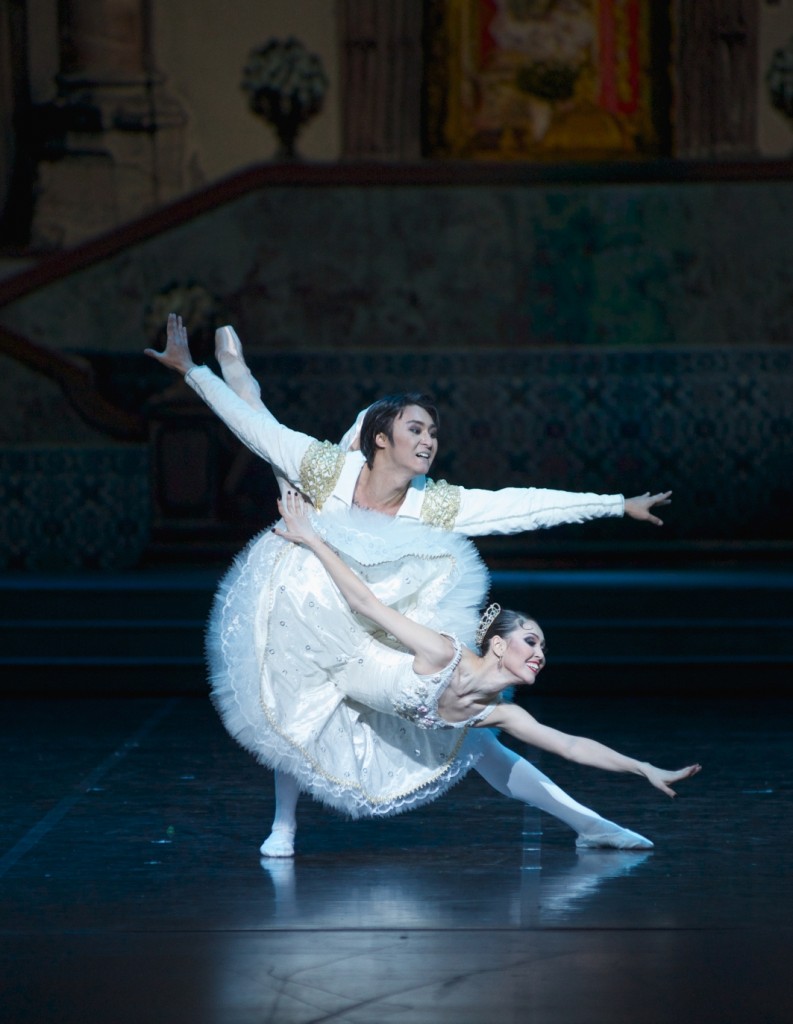 “The focus of my character is a soul. Immersed in his fantasies Don Quixote looks quizzical, but through his character, the author is trying to tell us that we are not entirely material in this material world. I have to reveal the inner world of my character. In the ballet, we are immersed into his fantasy world, into his dreams. He goes through different adventures,” said Frigerio.

Zhanibek Imankulov, who played Don Quixote at the premiere, noted the choreography for his part was technically simple, requiring more acting than dancing.

Unlike the immortal novel, where the central character is the Knight of the Sorrowful Countenance, the key characters in the ballet are Kitri, the innkeeper Lorenzo’s daughter, and Basil, a barber. At different times, the legendary Maya Plisetskaya and Mikhail Baryshnikov played the parts. The grand pas-de-deux from the third act is considered one of the major career pinnacles in ballet. According to the plot, the chivalrous Don Quixote and Sancho Panza travel across Spain looking for adventure. They arrive in Barcelona, where they witness the raging love and passion between Kitri and Basil. Kitri, however, is forced by her father to accept the marriage proposal of rich nobleman Gamache. Don Quixote challenges him to a duel, but Gamache is mocked and chased away. Meanwhile, Basil fakes suicide and asks Kitri’s father with his dying breath for her hand in marriage. Thinking Basil is dying, Lorenzo agrees, at which point Basil stops pretending and is happily united with Kitri. The noble knight and his servant bless the young couple and join the festivities.

Altynai Asylmuratova, ballet master, choreographer of the production and former prima ballerina of the famous Mariinsky Theatre, has played the leading female role of the playful and flirtatious Kitri. Comedy is a delicate genre; it requires balance to prevent turning a masterpiece into kitsch, which puts pressure on the actors and dancers, she said.

Madina Basbayeva and Gaukhar Ussina, who play the part in the new production, have had the chance to portray the character in many other theatres. Ussina noted the part has many pirouettes and spins and requires great technique. Despite the demands, during the second day of the performance the ballerina looked well-rehearsed, at ease and dynamic and her flamboyant Kitri floated on stage.

Promising young dancer Bakhtyiar Adamzhan played Basil at the premier. His character, who is a commoner in the novel, appeared slightly prince-like and sophisticated, but undoubtedly in love with Kitri.

The theatre troupe earned standing ovations on both days of the premiere, a highlight in the capital’s cultural life.