Towards Green Economy in Kazakhstan

In this interview, Saltanat Rakhimbekova, coalition chair and member of the Council on Transition to Green Economy under the Kazakh President, talks about the challenges the country has to overcome to reach its ambitious goals of “greening” its economy. 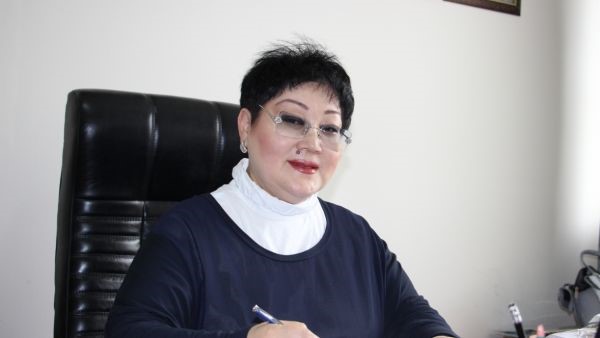 Could you please tell us about the history of the Coalition for Green Economy and G-Global Development Association of Legal Entities?

The idea of creating the coalition came up in December 2012 when President Nursultan Nazarbayev in his state-of-the-nation address titled “Kazakhstan-2050 Strategy. New Political Course of an Established State” defined the transition of the country to green development as a strategic trend of the national economy.

The coalition aims to support “from below” the green development course and relevant global-scale green initiatives of Kazakhstan – Green Bridge Partnership Programme, Global Energy and Environment Strategy and EXPO 2017. Since then we have managed to join the environmental movement of Kazakhstan, becoming an absolute leader in the promotion of green economy in the country and a leading public provider of the concept of transition of Kazakhstan to alternative energy sources. So I can say that the society is getting greener, which can be proved by those projects that we are implementing.

What does G-Global mean in the title of the Coalition for Green Economy?

G-Global represents the following global approach of Kazakhstan to problem solutions. This is to find likeminded people around the planet and address a problem at a global level with the support of our own country. This was the case for the Nevada-Semipalatinsk anti-nuclear movement. Trying to help the whole world, we also get the support of the international community. In profound social innovations like green economy and Third Industrial Revolution, it is not enough to have political decisions or even money and grants – such endeavours usually die away or get bureaucratised without any meaningful actions if there are no professional enthusiasts – “locomotives” who live with their idea to be fulfilled.

What should be done to reach our goals in green technology development?

In fact, the green economy trend was launched 30 years ago when oil prices went up. Today the situation is completely different; the “black gold” became cheaper and we need to maintain the green energy development trend as a necessary part of addressing climate change. In our country, significant activities have been implemented to introduce green technologies over 10 years by such international organisations as the UNDP (United Nations Development Programme) and EU (European Union) that today clearly show efficiency and influence the quality of life. The business sector should be involved in green projects implementation so that these technologies become widespread. Our three-year experience shows that it is necessary to circulate the results and our projects implementation experience to the maximum and organise trainings aimed at teaching and introducing innovative technologies.
Is the Arnasai green valley a good example of that?

Yes. On Sept. 3, 2016 we celebrated the birthday of the National Green Technologies Academy Centre in Arnasai in the Akmola region, the first green village of Kazakhstan. There are thousands of universities and centres of excellence in the world, but a maximum of a hundred of them are similar to this one, where people are taught 24 hours a day to use new green technologies based on existing projects. The project was established by non-governmental organisations – Coalition for Green Economy and G-Global Development Association of Legal Entities, Akbota Public Foundation and G-Global International Secretariat. The project received the trust and support of international organisations working in Kazakhstan: UNDP, EU, OSCE (Organisation for Security and Co-operation in Europe), Coca-Cola Belesteri and others. Some companies extended technical support, having provided their equipment and know-how free of charge: Phillips, Gripnik (a Russian company) and Absalut Ecology LLP.

Our centre cooperates with many governmental agencies, members of Parliament, village mayor offices, National Commission on Women’s Affairs under the President of Kazakhstan and G-Global International Secretariat. The National Academy became not only the first open consulting centre of the state on green technologies, but, in fact, the doors to the green economy of Kazakhstan. Different guests visit it every day in official and non-official formats: experts and innovators, entrepreneurs, teachers, journalists, TV representatives, mayor officials, civil servants, youth and tourists. About 3,000 people were educated there during the first year. 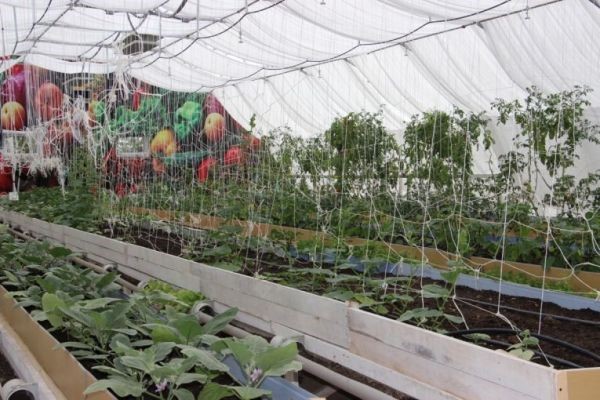 Please tell us about technologies introduced in the valley.

The centre installed about 30 operating advanced green technologies, solar bio-vegetariums and an underground phytodiode greenhouse; there is also a lecture hall, canteen and hotel rooms. It demonstrates not only foreign, but local technologies as well, including those that will be showcased in the Kazakhstan Pavilion at EXPO 2017. For example, Borisenko installation for electromagnetic air cleaning, flat-plate solar collector with a concentrator for water heating by KunTech and hydrogel based on unsaturated polyester resin. A park in environmental style is created including reed arbours, a bungalow, alpine garden and phytodesigned facilities made of roots, bark, stones and old timbers. A portable inflatable biogas unit made in Kazakhstan generating 3 kW of power and transforming animal wastes and organics into fertilizers is starting to work on the territory of the greenhouse.

It should be noted that Arnasai became the first green village in Kazakhstan; we submitted the project for the status of a model village to the Ministry of Agriculture – a zone demonstrating a set of green technologies in the agricultural sector and agrarian tourism to spread the expertise further in all regions. In particular, creation of guest houses for EXPO 2017 tourists, smart kitchen gardens, high yielding wheat cultivation with no-tillage, vertical crop farming, distribution of new valuable crop seeds, vermiculture for vermicompost, organic wastes gathering, etc.

It all sounds pretty good, however, it is likely that there have been and are a lot of difficulties faced on your green path.

Of course, the main difficulty is lack of confidence; people don’t believe that energy can be continuously generated from the sun, wind and water. That is why together with the Akbota Public Foundation we decided to create a demonstration area applying alternative technologies for energy generation. Arnasai is kind of a demonstration area for innovative enterprises that have an opportunity to come, show and install their inventions that will be known by all.

What other educational programmes does the coalition implement?

Since 2013, the coalition together with the Social Dynamic Public Foundation has been implementing Coca-Cola Belesteri, an extensive programme aimed at training village women in business basics and start-up financing. Over this period of time, 7,400 women were trained in the basics of doing business and 31 of them were awarded grants for opening their own small-sized businesses. During the first year, the organisers of the Coca-Cola Belesteri put an emphasis on cities, Almaty and Astana; the following years’ trainings, including demonstration of green technologies successful application, were held in two major regions of Kazakhstan – Akmola and Almaty regions. Starting this year, the social initiative expanded its boundaries: Karaganda region joined the initiative.

You explained what experts interested in green technologies development do. To what extent is the legal framework compliant with green path standards?

Enough, but not to the full extent. We have adopted legislation on renewable energy sources; now there are many subsidy programmes and a flexible tariff system that is beneficial for those who deal with green energy. But we have some gaps. In particular, appropriate conditions have been created for those who deal with small-scale power generation; big companies that want to ensure large scale green energy generation and sales face some difficulties. Large investors still have a lot of restrictions; much time is needed for approval. Another issue is subsidizing; for example, all chemicals are subsidised except organic ones. 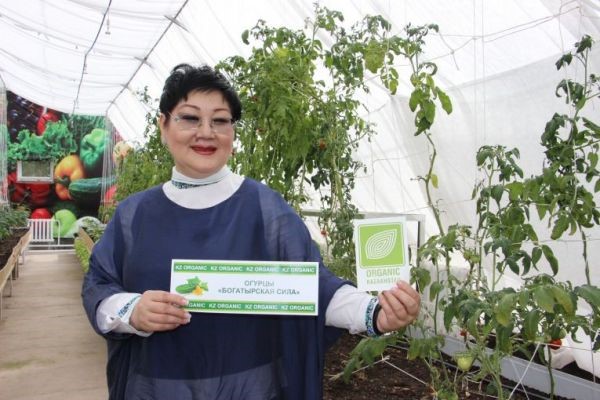 The abovementioned theme is a keynote idea of the upcoming EXPO 2017 and this philosophy is very close to your organisation. What is the coalition ready to propose to the international exhibition and, maybe, surprise the visitors with?

I would start by saying that we are proud that together with the G-Global International Secretariat we held Online Expo 2017, a national competition that became really useful for local innovators and scientists, providing them with an opportunity to showcase and present their green technologies and projects. The competition was held in five categories; more than 600 applications were submitted, among which we selected the top 50. Five of them will have an opportunity to present their work at EXPO 2017.

Now, the coalition is functioning only in Astana. Are you planning to open branches throughout the republic?

We put a task to open green technologies centres in the regions; the first centre was opened in the Akmola region. The second centre was opened in the Karaganda region based on Karaganda Agrotechnical College, where the opening ceremony of the Green Technologies Distribution Centre was held on Sept. 11. Currently, we are working on such centres in the Kostanai and Almaty regions. In addition, I would like to note that the coalition is monitoring the implementation of 11 green projects of the UNDP being carried out in eight regions of the country and we and our partners are negotiating the possible opening of a centre based on their projects.

What are the future goals of the coalition?

Today we are creating a horizontal network of knowledge centres on green technologies and innovations; we also want to work further in the International Centre on Green Technologies and Investment Project under the UN auspices that will be created based on the EXPO 2017 grounds. In 2015, the coalition initiated the creation of the Green Bridge Partnership Programme, an international organisation that attracted 17 local and international NGOs to this partnership and Green Bridge Charter signing. Thanks to the partnership development we are already implementing one of the programme’s important objectives – the transfer of green technologies. We plan to attract advanced technologies and investment to Kazakhstan in order to implement small and large green projects. Today we, the coalition, do not only have technologies but also demonstrate their application in practice; that is why we are interesting for our partners and those who want to be greener, since the basis of a “green idea” is an opportunity to save and earn in the future.