ASTANA – The organisers of the 2016 Ontustik Tourism Forum, held Oct. 6-7 in Shymkent, sought to create a single concept to promote the region’s tourism industry and its reputation as the “Heart of the Silk Way.” 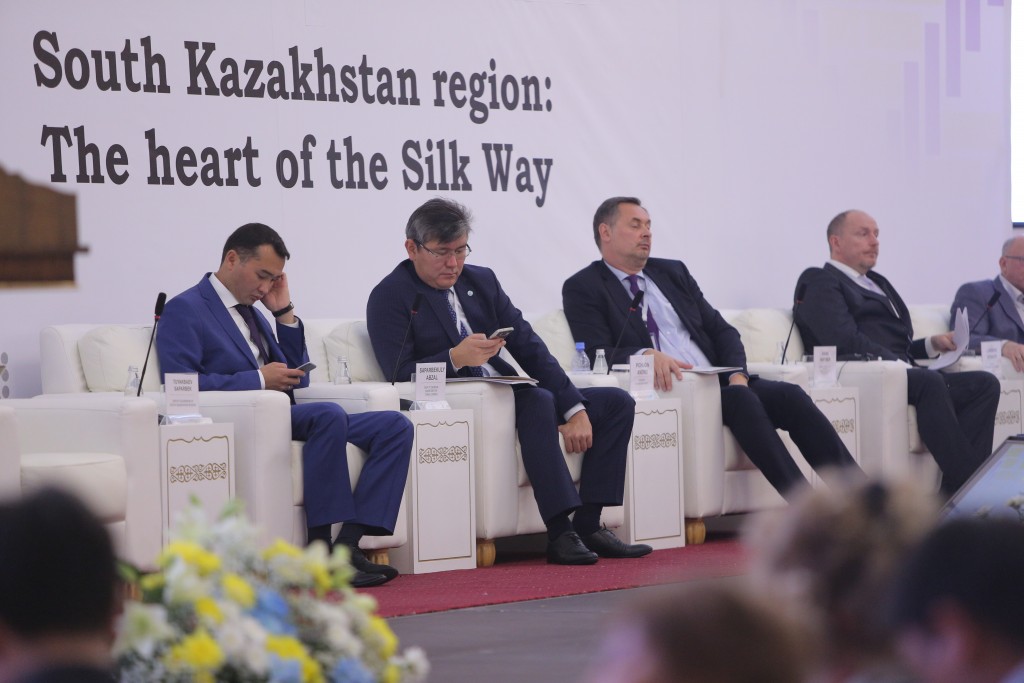 “The forum serves as a dialogue platform for meetings and negotiations among representatives of government, business, academia, media and NGOs on the development of the tourism industry along the Silk Way under the aegis of international organisations such as UNESCO (United Nations Educational, Scientific and Cultural Organisation), World Tourism Organisation (WTO), the Turkic Council and the Shanghai Cooperation Organisation (SCO),” reported the organisers prior to the event.

The region is attracting more than one million tourists annually, according to data released by the local Akimat (city administration).

“The pearl, which is [the] object of the UNESCO World Heritage – the mausoleum of Khoja Ahmed Yassaui, – is [referred] to as the ‘masterpiece of human genius;’ [standing alone] it annually attracts more than one million tourists,” noted the release.

To further enhance tourism inflow into the region, seven agreements were signed which will include projects such as developing the Saryagash resort area, constructing conveniences and roadside infrastructure, establishing and building a tourism school and attracting investment to the area.

The forum’s concept, “Tourism is a major industry in the world economy,” was similar to the UN organisations’ proclamation of “a century of tourism.”

“The Great Silk Way is an original phenomenon of the history of humanity, its desire for unity and exchange of cultural values. Kazakhstan’s section of the route of The Silk Way is a unique complex of monuments of history, archaeology, architecture, urban planning and monumental art, reflecting deep processes of interaction between nomadic and settled agricultural cultures of the people of Central Asia,” noted the organisers.

Representatives from more than 300 organisations took part in the event including as the consuls in Kazakhstan from the Czech Republic, Kuwait, Macedonia, Mongolia, South Korea and Spain. Local and foreign representatives of tour companies, universities, national companies, chamber of entrepreneurs, trade missions, business councils, government bodies and city administrations from other regions and cities like Astana and Almaty were also present, as well as mass media from 10 countries.

A tourism fair and gala concert were a part of the two-day event, where numerous B2B meetings were held and many bilateral memoranda on further cooperation signed. The participants were also taken on InfoTours around the city.