By Malika Orazgaliyeva in International on 26 October 2016 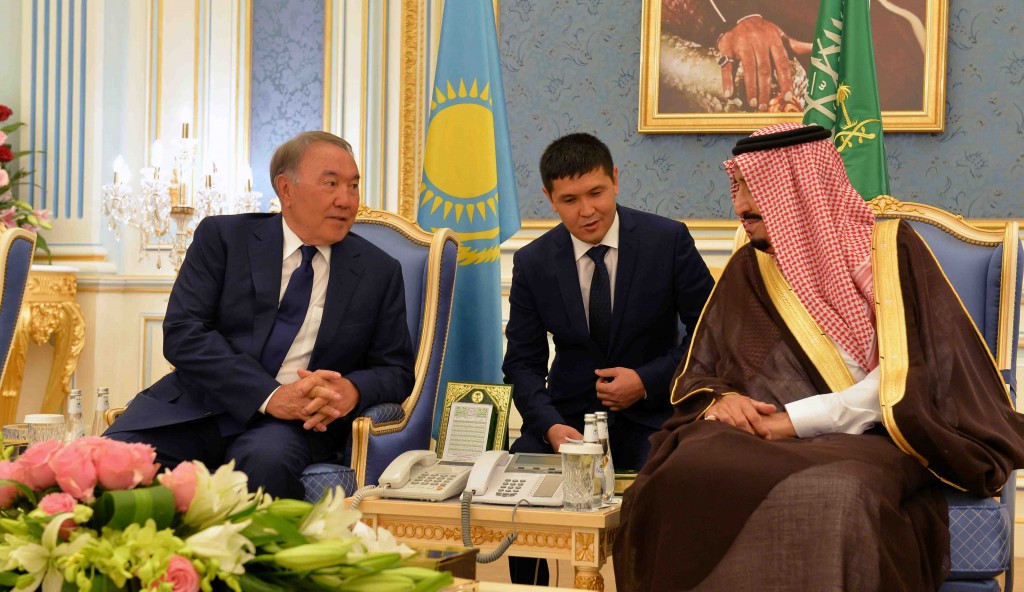 Contracts worth around US$200 million were signed, as well as agreements on cooperation in the use of nuclear energy for civil purposes, extradition and transfer of convicted criminals were signed.

At the meeting with Organisation of Islamic Cooperation (OIC) Secretary General Iyad Ameen Madani, Nazarbayev discussed ways of further enhancing Kazakhstan’s interaction with the organisation. The two noted the importance of promoting the development of the Islamic Organization of Food Security (IOFS), which was created by Nazarbayev’s initiative last April in Astana. Today the organization has support of 32 member-states of the OIC. Madani expressed support for Nazarbayev’s other initiatives to resolve regional conflicts. 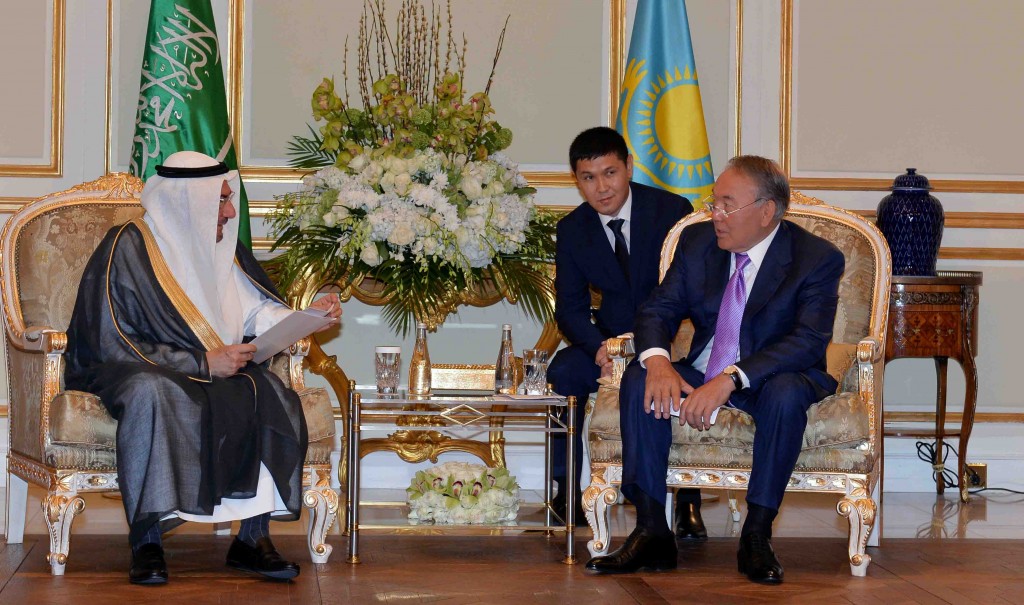 Discussed with Al Hajjar cooperation between Kazakhstan and the IDB, the Kazakh leader noted the IDB contributions to the development of Kazakhstan’s economy and national welfare, referring specifically to joint projects exceeding $1.3 billion. In 2015 alone, the IDB funded four projects worth $665 million. Al Hajjar said he looks forward to continued cooperation between the IDB and Kazakhstan.

Nazarbayev also met with the heads of leading, global-level Saudi companies and noted that Saudi Arabia is one of Kazakhstan’s main Middle Eastern partners. The president noted that bilateral trade volume by the end of 2015 was $16.3 million and welcomed the fact that 17 enterprises with Saudi participation operate in Kazakhstan, inviting more businesses from the Kingdom to seek presence in the Central Asian country. 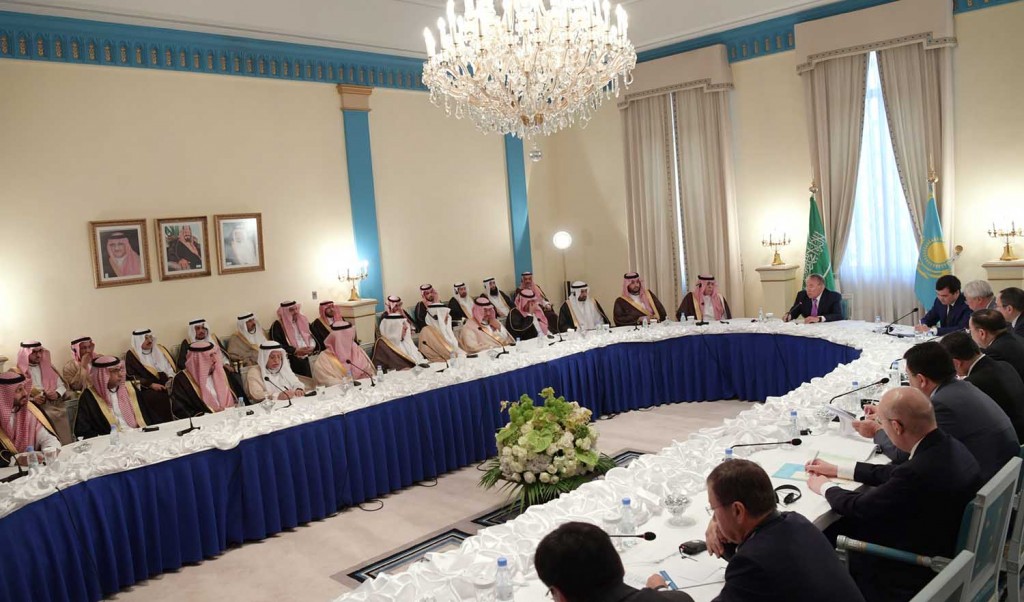 Nazarbayev pointed out promising areas of bilateral economic cooperation, including mining and metallurgical complex, petrochemistry, agriculture, the nuclear industry, finance and Islamic banking, and highlighted Astana’s efforts to create more favourable conditions for business and investments. “For example, an investor is exempted from corporate income tax and land tax for 10 years and property tax for eight years,” he said.

The president also briefed the company heads on Kazakhstan’s large-scale privatisation of state companies. “About 800 state enterprises, totalling $10 billion were exposed to be transferred into the competitive environment. We support the Saudi companies participating in the ongoing privatisation [in Kazakhstan],” he added.

At the same time, Nazarbayev briefed Saudi business leaders on the activities of the Astana International Financial Centre (AIFC) and new opportunities emerging from the Kazakh capital’s hosting of the upcoming international specialised exhibition EXPO 2017.

The business people noted Nazarbayev’s contributions to creating a favourable investment climate in Kazakhstan and expressed readiness to develop cooperation in various areas of economy, including agriculture, oil refining, metallurgy and nuclear energy.

As reported by Kazinform news agency, ten contracts worth around US$200 million were signed, including on joint projects in oil and gas industry, metallurgy, chemical industry, as well as construction of a poultry factory in South Kazakhstan, production of food products in the Akmola Oblast.

“Because of challenging logistics, trade is not so well developed between our countries. That is why agreed to elaborate a road map and [intensify cooperation through] a bilateral intergovernmental commission and working group on sectoral collaboration… A major agreement concerns developing a joint investment fund … to finance joint projects in our country,” the President said, according to Kazinform. 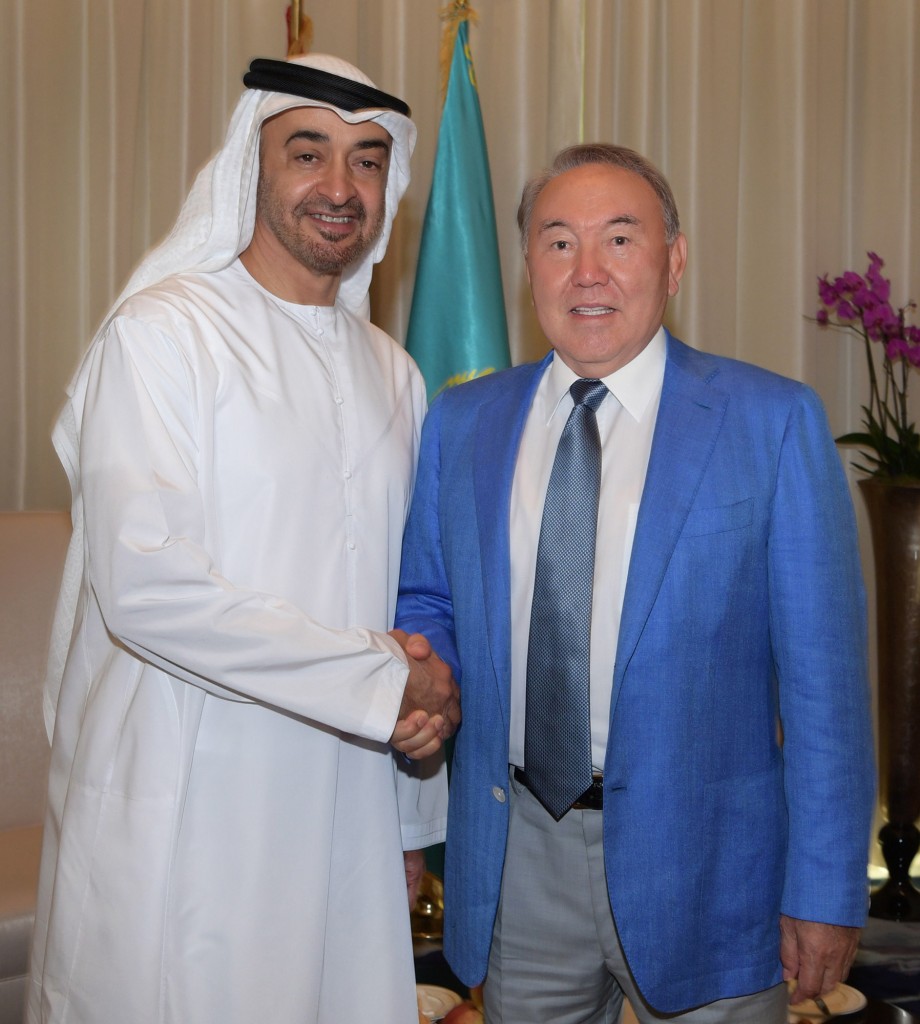 Ahead of the visit to Riyadh, the Middle East’s leading business channel CNBC Arabia aired a televised interview with President Nazarbayev, in which he answered questions on Kazakhstan’s stance on various global security issues, including prospects of ending a horrendous war in Syria, as well as the nation’s economic cooperation with the Arab world.