ASTANA – Kazakh President Nursultan Nazarbayev talked about the favourable conditions of doing business in Kazakhstan during the Kazakh-Russian business forum in the capital. He noted the liberal tax regime is one of the main benefits. 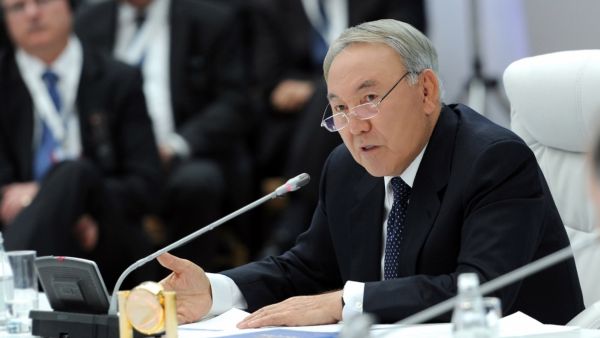 “We purposefully form common game rules, understandable for all manufacturers and investors. While contributing to Kazakhstan’s economy, Russian business will be almost in home-like terms. We will do it,” he said.

“For the six years of implementing this programme, thousands of new enterprises are on Kazakhstan territory and millions of jobs have been created. In priority sectors investors were exempted from paying corporate income tax, land tax for 10 years and property tax for eight years. Visa barriers were eliminated for citizens of 37 states. The list will be expanded to 56 countries starting next year. Various measures of government support were considered for small and medium size businesses,” said the head of state.

He added the nation has 10 special economic zones with specific industry orientation, a liberal tax regime and 13 types of taxes.

“According to taxation at the World Bank rating, Kazakhstan is in 18th place among 189 countries. Russia is in 47th place; we must be ahead in something at least,” joked Nazarbayev.

The President spoke about the second wave of privatising government and quasi-government facilities currently being conducted.

“Approximately 800 government enterprises for a total cost of about $10 billion are being passed to a competitive environment. Sales are carried out in various ways – from ordinary auctions to direct target-focused sale by strategic investors. I suppose that Russian companies will take part in this occasion,” he said.

Nazarbayev added more than 6,000 Kazakh-Russian joint enterprises operate in the country and many Russian businessmen “understand the possibilities and long term prospects of cooperation.”

The Eurasian Economic Union (EAEU), which offers an opportunity for free trade with its participants, is one more advantage of conducting joint business and investments in both countries.

The volume of mutual trade in the pre-crisis period reached in excess of $20 billion but decreased by 30 percent. Most of the reasons are external, such as sanctions and the reduction in the cost of exchange commodities between the countries, he said.

“Today the union that Kazakhstan, Russia and Belarus initiated unites five countries already; a free trade agreement was concluded with Vietnam, while China, South Korea and recently Singapore expressed their desire to open free trade with our union. India, Egypt, Iran, ASEAN (Association of Southeast Asian Nations) countries and others intend to develop cooperation with the Eurasian Economic community. This tells about the demand for our EAEU” he stressed.

Nazarbayev drew attention to providing enterprises with and the opportunity of free competitiveness in the union’s territory, which will be facilitated by further unifying the legislations of participant countries.

“The preparation of EAEUs new customs code that will significantly simplify all customs procedures among members of the union will be completed in the current year. Unified measures of non-tariff regulation are applied for trading with third countries, an agreement about consecutive, phased establishing of single transport space,” he said.

The President also spoke about the Astana International Financial Centre which will open Jan. 1, 2018. An incentives system and exemption from paying corporate and individual income taxes and land and property taxes will be stipulated for investors, he added.