By Kamila Zhumabayeva in Tourism on 13 October 2016

ASTANA – Standing on the Tobol River in northern Kazakhstan, the city of Kostanai is the administrative centre of the Kostanai oblast (region). 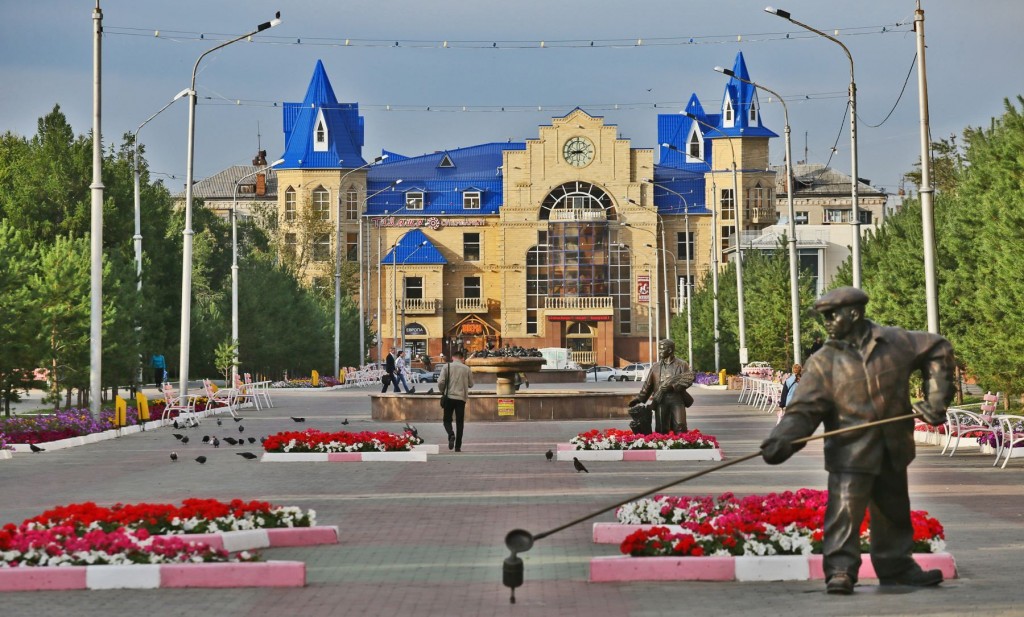 The population is about 217,000 (as of 2014). The area has a sharp continental climate, hot dry summers and cold winters with little snow.

Food processing and other light enterprises are the city’s most economically-important industries. Vehicle and agricultural equipment repair shops and spare parts are produced for excavators and mining equipment.

Kostanai was a Russian settlement founded in 1879. The town had only agricultural, raw, small tannery and butter-making plants. The Kostanai-Chelyabinsk railway line and Kostanai railway station were built in 1912-1913, according to aboutkazakhstan.com travel guide.

In the early 20th century, the town was a large trade centre and one of the important links of the path connecting Asia and Russia, notes visitkazakhstan.kz. At the time, Kostanai looked like a big fair with two-storey wooden houses, dust in the air and sand covering the streets. In spite of that, a Swiss national named Lorez built the biggest brewery in Southern Ural on the territory of modern Kazakhstan. Beer was dispensed into brand-name bottles, which was rare at that time.

In the 1950s, the population of the city and the region had visibly grown due to the Virgin Lands Campaign, Soviet Union leader Nikita Khrushchev’s 1950s plan to dramatically boost Soviet agricultural production and alleviate food shortages plaguing the populace.

Since post-war times, rich grain crops continue to be harvested in Kostanai region. A sign with five-metre numbers such as “385 tonnes of grain,” where the number was updated weekly, was placed at the eastern entrance to the city by the Tobol River, according to the website.

By the Kazakh President’s decree, the Russian name Kustanai was changed to Kazakh version Kostanai on June 17, 1997.

Historical monuments include those of Altynsarin, Akhmet Baitursynov and Alexander Pushkin and a memorial dedicated to victims of the Second World War.

A monument of Charlie Chaplin, a square named after pioneer workers of Virgin Lands, merchant Lorez’s house, the French cultural centre, an Orthodox church and Victory Park are also among the main places of interest.

Kostanai International Airport (also called Narimanovka) is near the city. Flights with Kazakh carriers Air Astana, SCAT and Irtysh-Air, as well as Russian Transaero, Belavia (Belarus) and Hamburg International Luftwerk (Germany), have been available since 2010. Qazaq Air and Bek Air also fly there.

One can fly internationally from Kostanai to Hanover and Munich, Moscow, Yekaterinburg and the Belarus capital of Minsk, as well as Kazakh cities of Almaty, Astana, Aktau and Shymkent.

Transits by rail freightage are held within domestic directions – Astana, Almaty and Karaganda. A large railway junction at Tobol is located about 90 kilometres from the city.

A number of bus routes are available, too.