ASTANA – KMG International has changed the concept of its gas stations, making them less expensive to build and maintain and offering customers more service options. The company has already built 160 such modern, modular gas stations in Europe. 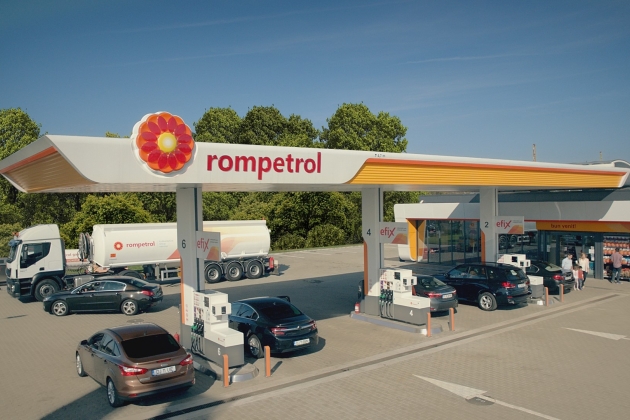 “A client is your first source of income. In the long run, he is who pays the company. We understand the needs of our clients and therefore are offering new products and new services,” Senior Vice President of KMG International Azamat Zhangulov said about company’s new retail policy, Kapital.kz reports.

Since 2012, the European subsidiary of KazMunayGas has been focusing on oil refining and sales. A key component of this was the $480 million project to modernise the company’s Petromidia refinery, which made it possible to produce high quality fuel corresponding to the Euro-5 standard and thus compete in the European market.

Currently, KMG International produces more than 5 million tonnes of oil products per year at its plant in Romania. Two million tonnes are sold in the retail markets of Europe and the Black Sea region and the rest is sold wholesale or held in reserve.

Today, the company is building a new concept of gas stations using innovative technology that helps reduce capital expenses and operating costs. The company has already converted 160 stations, making them not just places for fuelling vehicles: now, the stations provide a wide range of services, including car washing and performance checks, and contain shopping marts and food courts.

“Such facilities and resources allow us to continue developing our retail business, to invest in this sector and get a good return,” Zhangulov said.

In 2015, the company concluded a record number of sales in Romania, Moldova, Georgia and Bulgaria: 2.64 million tonnes. In the first half of this year, sales amounted to 1.27 million tonnes, which is 13 percent more than in the same period in 2015.

The Petromidia refinery is the best of the 14 refineries in Central and Eastern Europe and is in eight place for operational efficiency of the global refinery list.

The KMG International retail chain operates in Romania, Bulgaria, Moldova and Georgia under the Rompetrol brand. According to market research, the popularity of the brand increased by more than 20 percent over the last year. The company’s rebranding programme has been completed in Romania and is underway in Moldova, Georgia and Bulgaria.

KMG International is very interested in the Turkish market because the country consumes large quantities of imported diesel fuel. Annually, Turkey imports several million tonnes of the fuel from abroad.