By Malika Orazgaliyeva in Nation on 25 October 2016

ASTANA – Kazakhstan is holding a competition to create the country’s national brand image. Minister of Information and Communications Dauren Abayev and Deputy Foreign Minister Roman Vassilenko recently discussed the importance of having a national trademark and informed on the intermediate results of the competition during a Oct. 22. Central Communications Service briefing. 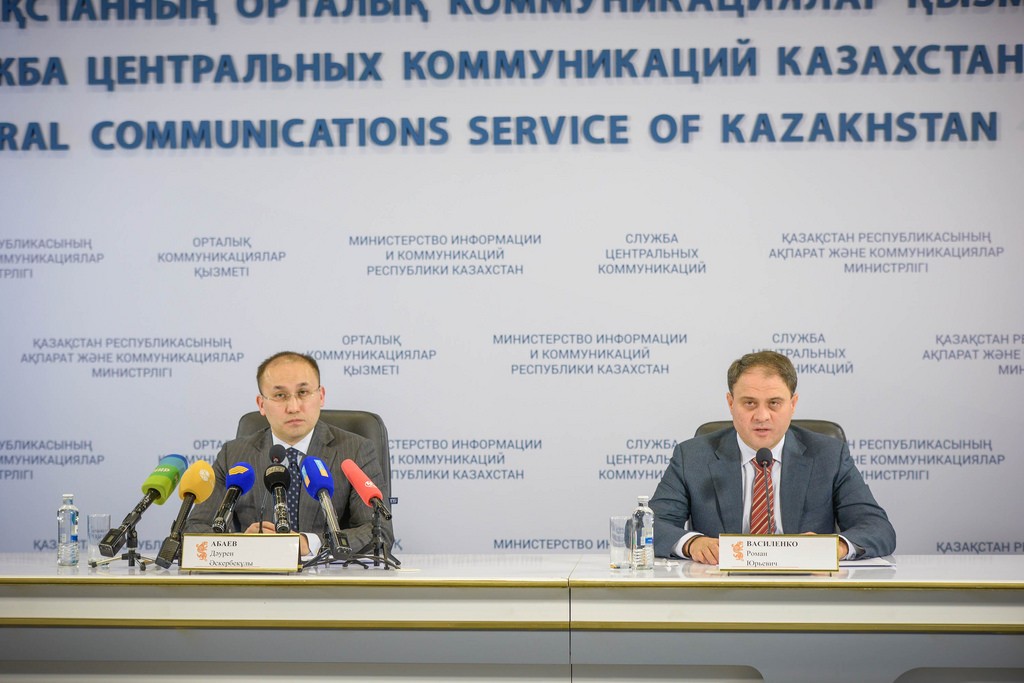 “The people of Kazakhstan were asked to provide their vision of the national brand and how they see our country. Later, the expert commission will consider all applications. Thus, this brand image will be a conscious choice of the citizens,” Abayev said.

According to him, the ability to shape the image of the country correctly and efficiently is one of the most important directions in the modern world.

“For example, tourism and investment flows, as well as the popularity of local public goods, largely depend on a high-quality country brand. We also pay attention to a country’s brand when decide where to travel,” Abayev added.

The country’s recognition trademark should be based on its actual achievements in the fields of economy, education and culture.

“A country brand is not just a logo, but a state’s large-scale image strategy that is oriented at being positively positioned in the eyes of the international community. Therefore, our competition is a small part of the great work to be done in this direction,” Abayev informed.

Currently, all submitted works are available on the official website of the Ministry of Information and Communications. Anyone can cast his vote for the favourite work by sending SMS messages. The voting will be held during 15 calendar days. Abayev noted that between Aug.  31 and Oct. 15 a total of 966 applications were collected.

Five works with the highest score will be determined by the popular voting. At the second stage, the authors will present their concepts to the expert commission. The council includes famous public and political figures, representatives of state bodies, culture and art.

The winner will be awarded $5 million tenge, whereas, each participant of the second stage will receive 200 thousand tenge (US$605), reported the press release.

According to Vassilenko, since 2016 an interagency commission has been working to coordinate government efforts to promote the image of Kazakhstan on the international arena, as well to make operational and collective decisions. The main work on development and implementation of the communication strategy abroad will be under the Ministry of Foreign Affairs. For this reason, in 2017, once the national brand image is selected, the foreign ministry plans to announce an open international competition on development and implementation of such a kind of communication strategy.

“In this connection, I am looking forward for the outcomes of the national voting and the beginning of the Expert Commission’s activities, which will determine one of most popular works. I urge all of you to actively vote,” Vassilenko noted.

“Such a large number of applications indicates a high level of interest of the society in creating the country’s national brand image and also shows well-organised information campaign about the competition,” Vassilenko added.