By Malika Orazgaliyeva in Nation on 11 October 2016 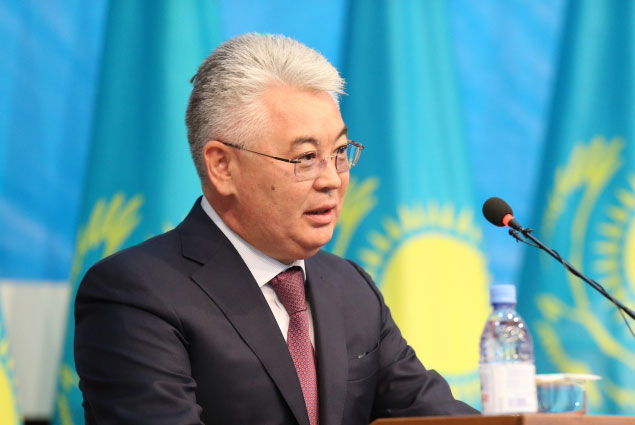 The ministry  will implement state policy in defence, aerospace and electronics industries, cyber security, mobilisation, formation and development of the state material reserve, participation in the military-technical policy and military-technical cooperation and management of defence contracts.

Former Akim (Governor) of the South Kazakhstan region Beibut Atamkulov was appointed Minister of Defence and Aerospace Industry on Oct. 7.

Fifty-two-year-old Atamkulov graduated from the Kazakh Polytechnic Institute and the Saint Petersburg State University of Economy and Finance. He worked as a diplomat since 2006. In 2010, he became an Ambassador of Kazakhstan to Malaysia, Indonesia and the Philippines. Later, in 2012 he joined the Ministry for Industry and New Technologies, later reorganised into the Ministry of Investment and Development as its Executive Secretary. He served as Akim of the South Kazakhstan region since August 2015 until his most recent appoint as the head of the newly established ministry.