By Malika Orazgaliyeva in International on 21 October 2016

ASTANA – Kazakh Deputy Foreign Minister Roman Vassilenko visited Vienna October 18-19 to co-chair a Kazakh-Austrian intergovernmental commission and take part in a conference dedicated to the 25th anniversary of the independence of Kazakhstan. 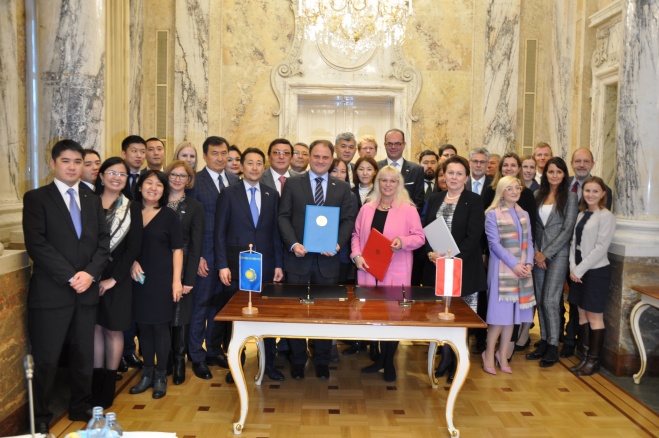 The parties discussed the state of and efforts to develop the Kazakh and Austrian economies. They also discussed cooperation in energy, transport, utilities, small and medium-sized business, agriculture, health and standardisation. The Kazakh Committee for Technical Regulation and Metrology and the Austrian Standards Institute signed a memorandum of cooperation and Kazakh and Austrian officials approved updates to the roadmap for bilateral economic cooperation.

In light of the upcoming Austrian chairmanship in the Organisation for Security and Co-operation in Europe (OSCE) in 2017, the sides discussed cooperation within the organisation and the possibility of holding a special session dedicated to economy, ecology and connectivity during EXPO 2017 in Astana. 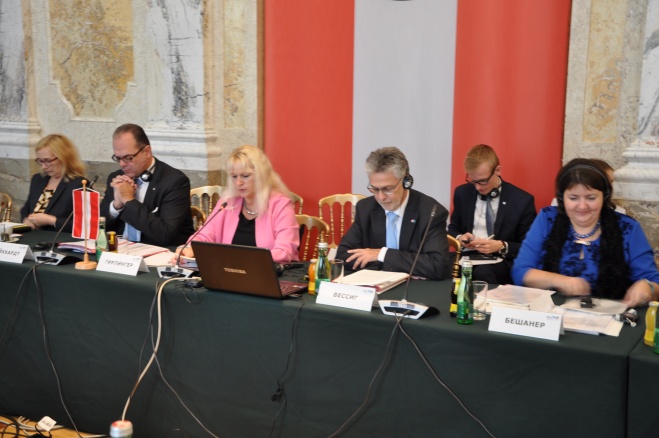 The commission also approved a final protocol and agreed to hold the eighth meeting of the intergovernmental commission next year in Astana.

On the same day, Vassilenko met with Secretary General of Austrian Foreign Ministry Michael Linhart to discuss bilateral cooperation and Kazakhstan’s priorities in the UN Security Council in 2017-2018. The two agreed that the priorities of Kazakhstan in the UN Security Council and Austria as chairman-in-office of the OSCE next year are quite aligned as they relate to efforts to combat extremism and terrorism.

Vassilenko also discussed international stability, security and nuclear non-proliferation with President of the OSCE Parliamentary Assembly Christine Muttonen. Muttonen praised Kazakh President Nursultan Nazarbayev’s decision to establish the Nazarbayev Prize for a Nuclear Weapons Free World and Global Security and his decision to award the inaugural prize to King Abdullah II of Jordan. In her views, these decisions are timely and will contribute to further supporting constructive efforts of the Jordanian monarch and generally to building a fairer peace in the Middle East.

The conference dedicated to the 25th anniversary of Independence of Kazakhstan held at the Ritz-Carlton Hotel was organised by the Austrian-Kazakh Society and the Embassy of Kazakhstan in Austria Oct.18.

Vassilenko briefed the conference on the state of the Kazakh economy. He noted that Kazakhstan has increased its GDP per capita from $600 to $12,000 – a 20-fold increase – since independence and has attracted $230 billion in foreign direct investment, which is the highest among the Commonwealth of Independent states.

“We are a young nation with an ancient history,” he said. “Our history and geography have both informed and influenced our domestic and foreign policy. For millennia, our ancestors lived, and survived, at the crossroads of civilizations, caravan routes of the Great Silk Road, military conquests and imperial expansions.” 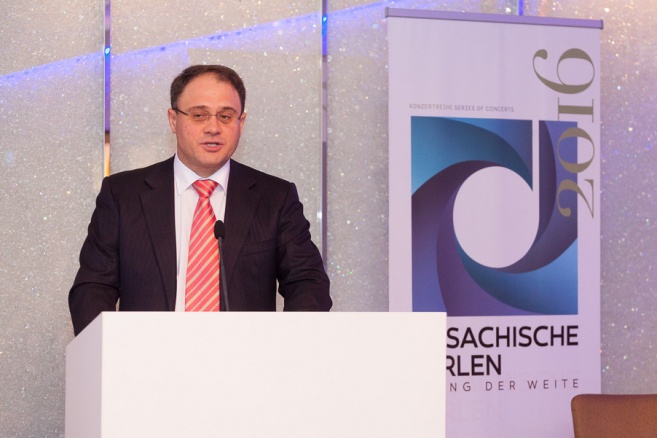 According to Vassilenko, the 20th Century has been particularly dramatic, with one revolution, a period of mass hunger and deaths, two world wars, Stalin’s repressions and the creation of GULAG, four decades of Soviet nuclear weapon testing in the east and the virtual death of the Aral Sea in the southwest of the country all having “profound and truly live-changing effects on our society and economy.” Massive industrialisation drive and the Virgin Land programme in the middle of last century, accompanied as they were by the arrival of hundreds of thousands of people from Soviet Union’s western regions, further contributed to making Kazakhstan what it is today.

“So it was only natural that Kazakhstan, located right in the heart of Eurasia, bordering Russia and China, upon regaining its independence on Dec. 16, 1991, chose to pursue what would become known as a multi-vector foreign policy, prioritizing equal and mutually beneficial relations with all neighbours, near and far,” he said. “And it chose to be a proactive and firm advocate of global nuclear disarmament, ensuring regional and world security and sustainable economic development for all. We see ourselves and we act faithfully as a friend to all and foe to no one.”

“During the first 25 years of our independence, Kazakhstan, working together with international partners, has become an example of economic success and a state that contributes to international security. Our country has demonstrated its willingness to be a reliable and trustworthy international partner. We presided over such major international organisations as the OSCE, the OIC and numerous others. Kazakhstan’s progress and contribution to international efforts was further recognised when the country was voted to join the UN Security Council as a non-permanent member for 2017-2018. Taking this opportunity, I would like to once again express gratitude to the Austrian government and to all of our Austrian friends for their support for Kazakhstan,” Vassilenko said. 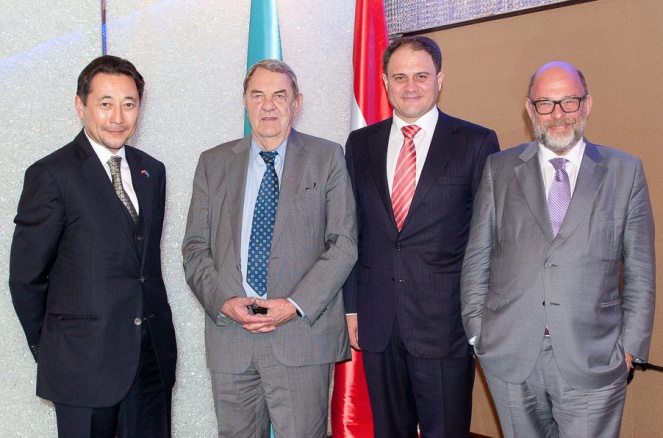 The participants highlighted Kazakhstan’s successes in the years since independence in the fields of economics, politics, education, culture and Kazakh-Austrian bilateral cooperation. Participants also noted that Austrian companies have the opportunity to participate in Kazakhstan’s state programmes Nurly Zhol and the Plan of the Nation consisting of 100 Concrete Steps and that Expo 2017 in Astana offers unique opportunities for Austrian companies working in renewable energy.