ASTANA – The team of the National Research Cardiac Surgery Centre performed Kazakhstan’s first successful lung transplantation on the night of Sept. 23-24, according to the centre’s press service. The operation lasted more than 10 hours. 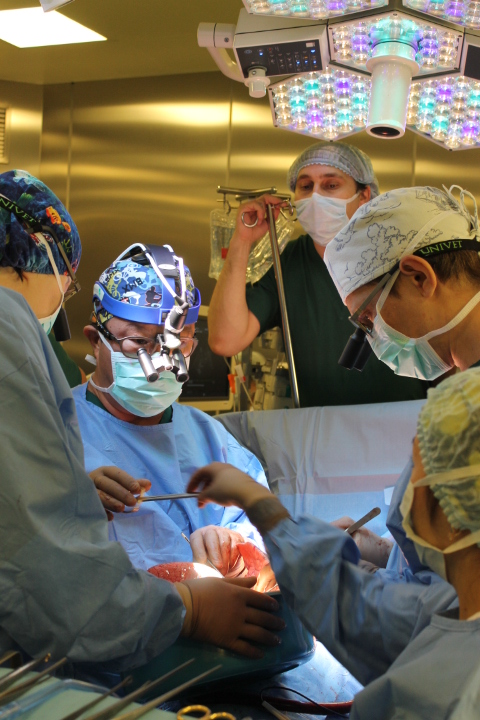 “The success of the transplantation is possible only with the participation of the society and the development of its spiritual consciousness. Voluntary, conscious consent to the donation, people’s willingness to save human life, is a shining example of humanity and morality. The generous decision of donor’s family members, who agreed for the transplantation, is a matter of respect and appreciation,” said Chairperson of the Board of National Research Cardiac Surgery Centre Yuri Pya.

The operation was for a 67-year-old patient with severe respiratory failure in chronic obstructive pulmonary disease (COPD). According to the doctors, lung transplantation was the only way to keep him alive. Over the past eight years, the man was on oxygen support at home. His struggled from severe shortness of breath while making even a minimum amount of exercise. Currently, the patient is breathing on his own and his condition is stable.

The lung transplantation is an example of a unique surgical intervention in domestic medicine, states the press release. This fact indicates the beginning of the practice of lung transplants with severe respiratory diseases in Kazakhstan.

“The operation was possible thanks to the high professionalism of the Kazakh doctors, as well as the rapid and well-coordinated work of Kazakhstan sanitary aviation. A team of coordinators of Pavlodar city hospital No.1 has assisted in the process,” said the statement.

The first successful lung transplant operation in Kazakhstan was preceded by the extensive preparatory work of a team of doctors – cardiac surgeons, cardiologists, anaesthesiologists and intensive care specialists, transplant coordinators and nurses.

Today, there are 10 centres in the country that help patients who need organ donation. As of Aug. 1, 923 operations had been completed in those centres since 2012. This year, 172 operations were conducted. The longest waiting list is for kidneys. According to the most recent NCCT statistics, 2,600 adults and 29 children need kidney transplantation, while 518 adults and 10 children are waiting for livers, which is second largest group waiting for donors. At the moment, 120 adults and 11 children are waiting for hearts to be transplanted.