By Malika Orazgaliyeva in International on 31 October 2016 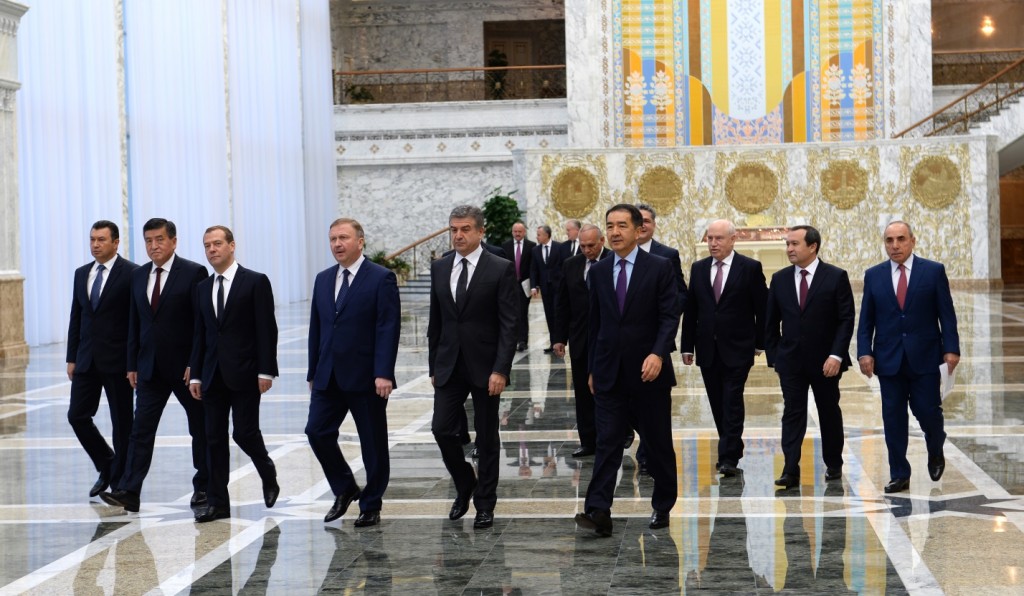 The council discussed the draft Eurasian Economic Union (EAEU) Customs Code, the draft EAEU budget for 2017, the international activities of the Eurasian Economic Commission, as well as some aspects of the trade policy, including the application of anti-dumping measures.

According to the report, participants of the event went through a wide range of issues of interaction within the framework of the EAEU and ways to develop integration.

The meeting resulted with the review of a number of multilateral agreements. In particular, an agreement on a free trade zone with Vietnam was signed in 2015 and entered into force earlier in October 2016. About 40 more states have expressed their interest in establishing similar trade regimes.

This year, Kazakhstan holds the EAEU chairmanship and Kazakh President Nursultan Nazarbayev outlined its orientation on deepening the economic relations of the EAEU with the third countries and key integration associations.

At the meeting of the CIS Council of Heads of Government, the participants discussed the implementation of treaty provisions on a free trade zone, the agreement on cooperation of CIS member states in the field of legal education of consumers and the implementation of the joint action of CIS member states to address issues in the financial and economic sphere.

Sagintayev noted that the joint policy adopted in the framework of the CIS devoted to improving the business climate, attract investors, ensure economic growth, strengthen financial markets and mutual trade has proved its effectiveness.

Following the meeting, a number of multilateral instruments have been signed.

Lukashenko and Sagintayev exchanged views on international economic and social agenda issues and the deepening of cooperation within the CIS.

Sagintayev noted that Kazakhstan attaches great importance to the implementation of joint projects and expressed confidence that implementation of the adopted documents will give an additional impetus to the development of bilateral cooperation within the Commonwealth.

Sagintayev also stressed that Kazakhstan reiterates its readiness to cooperate with CIS member states in the implementation of joint projects.

During the earlier Oct. 26 meeting of Sagintayev and Medvedev, the sides discussed cooperation in the industrial, energy, transport, trade and economy spheres.