By Malika Orazgaliyeva in International on 15 October 2016 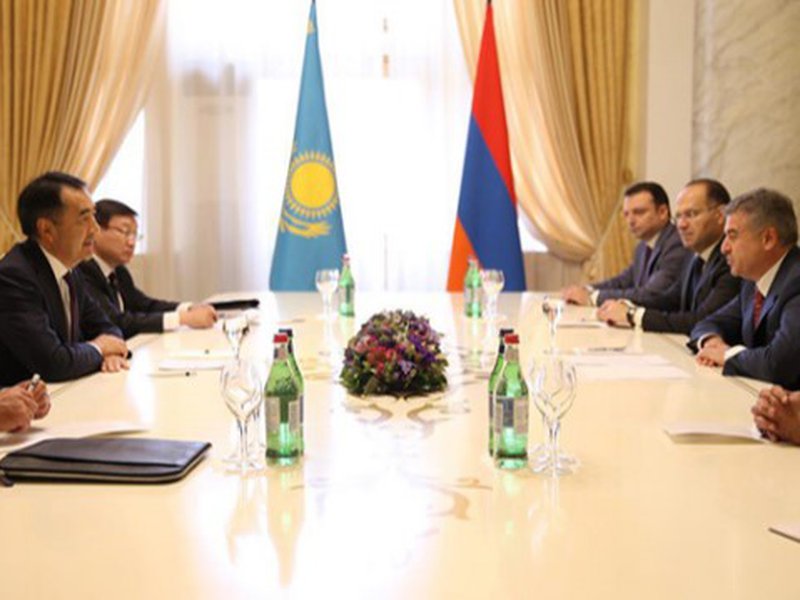 “Kazakhstan has always supported and will support the joint fight against international terrorism and advocate collective efforts in combating this comprehensive threat,” Sagintayev said on behalf of Kazakh President Nursultan Nazarbayev, reported primeminister.kz.

Sagintayev stressed the importance of signing the regulation on the common list of organisations recognised as terrorist in the CSTO and the CSTO Collective Security Strategy for the period until 2025.

The council meeting focused on developments in the CSTO zone of responsibility, ways to upgrade the organisation collective security system and measures to counter international terrorism.

The council adopted more than 20 documents, including additional measures to counter international terrorism and extremism, as well as ensure military personnel training for the armed forces of CSTO member states up to 2020.

The next meeting of the CSTO Collective Security Council will be in 2017 in Belarus.

The sides discussed cooperation in trade, economy, infrastructure, investments and tourism, as well as in holding a Kazakh-Armenian business forum in 2017.

The CSTO is composed of Armenia, Belarus, Kazakhstan, Kyrgyzstan, Russia and Tajikistan. The organisation’s fundamental objective is to strengthen relations in the foreign policy, military and military-technical spheres and coordinate joint efforts to combat international terrorism and other security threats, according to the organisation’s website.