By Malika Orazgaliyeva in International on 20 October 2016

ASTANA – Kazakh Foreign Minister Erlan Idrissov told the 43rd Session of the Organisation of Islamic Cooperation (OIC) Council of Foreign Ministers (CFM) in Tashkent Oct. 18-19 that the Islamic world is in the centre of global challenges and threats and that an educated populace is key to a peaceful world. 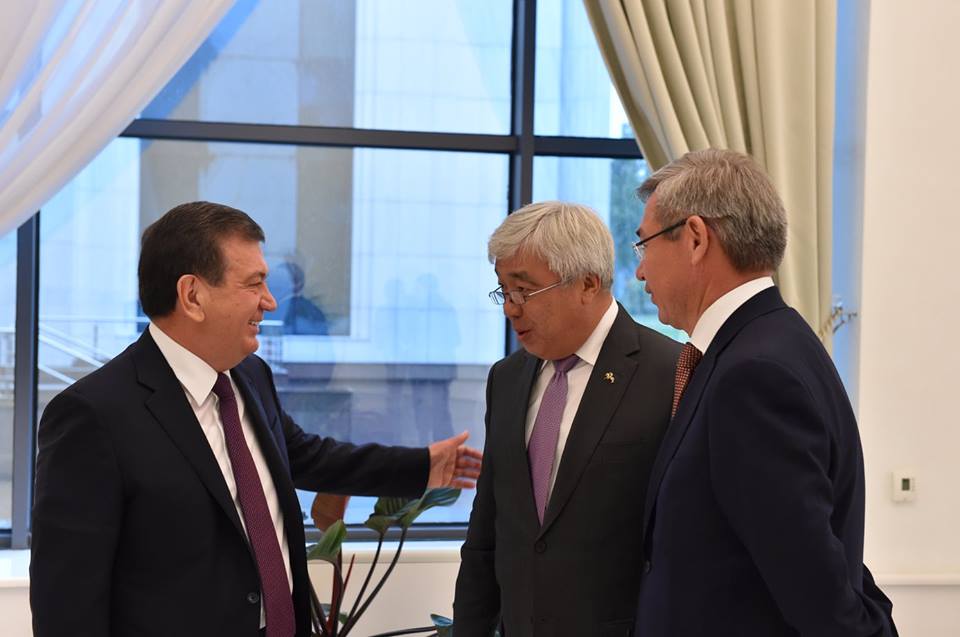 The event with the theme “Education and Enlightenment: Path to Peace and Creativity” drew 56 representatives from OIC member states, four observer states and five international organisations.

According to the Ministry of Foreign Affairs of Kazakhstan, Idrissov briefed the session on Kazakhstan’s position on various issues, including preparations for the first OIC Summit on Science and Technology, scheduled for September 2017 in Astana under the theme “Science, Technology, Innovations and Modernisation in the Islamic World.” He also invited the OIC member states to participate in the summit.

“For the first time, the leaders of the Muslim world will gather to discuss issues related to science, technology and innovation that will make the upcoming summit a truly historic event,” Idrissov said.

He also thanked member states for their work and support to implement the Islamic reconciliation initiated by President of Kazakhstan Nursultan Nazarbayev and President of Turkey Recep Tayyip Erdogan at the OIC summit in April this year.

Idrissov also said Kazakhstan condemns religious extremism and international terrorism in all forms and thanked the OIC for its work countering those issues. He also reminded the session that Kazakhstan initiated the establishment of the global antiterrorist network under the auspices of the UN and the development of the UN Comprehensive Convention on terrorism.

Idrissov also drew attention to efforts to quickly launch the Islamic Organisation for Food Security (IOFS) headquartered in Astana through acceleration of its charter ratification of by the OIC member states.

The session opened with welcoming remarks by Acting President of Uzbekistan Shavkat Mirziyoyev. Participants discussed Middle Eastern issues, disarmament, combating international terrorism, Islamophobia, xenophobia and other themes. Special attention was paid to the cooperation of the OIC member states in education and enlightenment as one of the main tools on the path to peace and creativity. Issues on cooperation in trade, investment, agriculture, transport, tourism and health care were also discussed.

The session adopted more than 90 resolutions in the political, economic, scientific-technical, humanitarian and institutional sectors. It also condemned terrorism and extremism and the parties presented their positions on major global and regional problems, as well as called for the consolidation of efforts to counter threats to peace and stability in Muslim countries.

Also in the framework of the event, Idrissov separately met with Acting President Mirziyoyev. The sides discussed Kazakh-Uzbek cooperation as well as international and regional problems.

Later in the day, Idrissov also met with OIC Secretary General Iyad Ameen Madani to discuss cooperation between Kazakhstan and the organisation, preparations for Science and Technology Summit, launch of IOFS and other issues.

Idrissov also discussed bilateral cooperation with the leaders of delegations of Uzbekistan, Jordan, Iran, Tajikistan, Tunisia and others.

The OIC was established in 1969. Kazakhstan became a member in 1995. The country develops relations with the OIC in order to further strengthen cooperation with Muslim countries, promote foreign policy initiatives, attract financial resources to the economy of Kazakhstan, as well as participate in political, economic and cultural processes of the Islamic world.