ASTANA – Sultan Karimov, better known as Farleon, has signed a record deal with Don Diablo’s label Hexagon. His track “Fever” will be officially released Oct. 21 on the sub-label of Spinnin’ Records, the Dutch independent label, which will manage and promote the track. 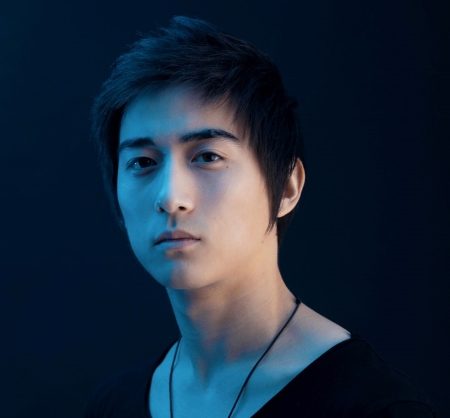 “The track will be available on all online platforms, including Spotify,” Farleon’s manager Temirlan Dauletkaliyev told The Astana Times, adding it is one of the major labels in the world of electronic music. “Hexagon is one of the top labels right now. Don Diablo is really popular at the moment. He has the same management team as Tiesto. That team really liked Sultan’s track and showed it to Don Diablo and he contacted us.”

Farleon, who produces his own music, lives and works in Almaty. The DJ and his manager plan to produce more tracks, conquer the international audience and keep working with major labels.

“For me, it is a big step forward in my musical career in these six years,” said Karimov in an interview with Kazakh music channel Gakku TV.

“I have been searching for my own sound for a very long time and I hope this is it,” he added, noting his new track is a mix of Future House and funk and also inspired by Daft Punk.

Little information is available online about Karimov. According to buro247, he was born and raised in the village of Saumalkol in North Kazakhstan region and has been involved in music since an early age. In addition to Daft Punk, his music is influenced by Justice, Wolfgang Gartner, Mord Fustang, Skrillex and many other electronic performers. He released his debut EP “Millennium” in 2012 on little-known Canadian label Funkk Sound Recordings. “Millennium” unexpectedly entered the top five best releases of the week on Beatport, the American version of the electronic music portal.

A year later, his remix of Martin Solveig’s “The Night Out” became one of the most popular on Sound Cloud along with remixes from A-Track and Madeon, wrote buro247.

His nickname was created at 16.

“When I began to create instrumentals, I wanted some kind of exclusivity. There were many ideas, but I stopped with that one. In fact, my nickname does not mean anything,” said Karimov in one of his early interviews with Compextro Community.

His tracks are getting good feedback from audiences.

“I don’t know how you aren’t a more popular man. I first started listening to you back when you and Rabbit Killer released a bunch. You’ve got some great songs! Keep it up! Hopefully you get bigger soon,” said user Trevor Brown in a comment about one of Farleon’s tracks on YouTube.

“I still remember the first time I listened to that… one of the most amazing music that I’ve ever heard,” said user Rodrigo Borgia in a comment on Farleon’s remix of the SpekrFreks & Relentless song “Apollo.”