ASTANA – The study of Kazakh inspired brainy and inquisitive South Korean student Eun-Joo Koo to learn more about the country, its language and importance to society. The Cambridge University PhD student recently submitted her thesis, “Continuities and discontinuities of the language paradigms in Kazakhstan: the Kazakh language from cultural repository to added value,” focusing on the changing value of language. 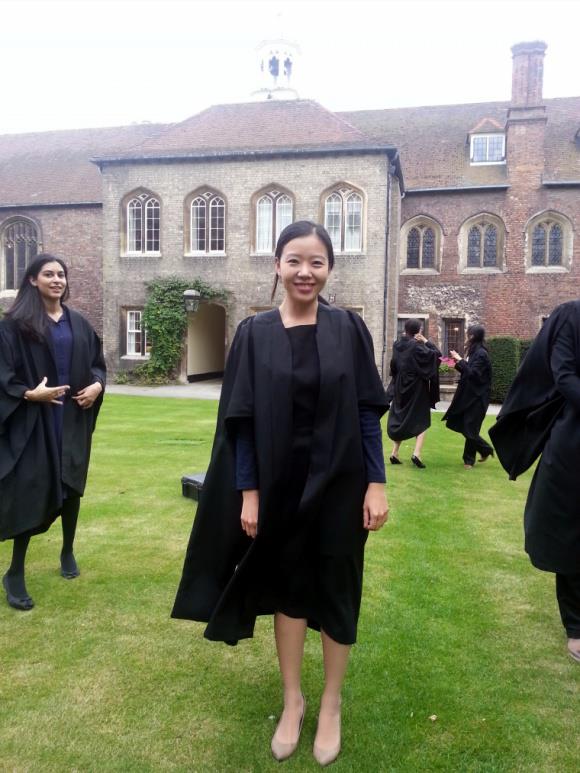 Eun-Joo Koo, whose last name ironically sounds like the Kazakh name “Inzhu,” became acquainted with the country through a documentary film about Korean diaspora.

“Kazakhstan was such a mysterious country to me and that was something I was looking for… I was thinking that in order to understand a particular region, I have to know the people. In order to know the people, I have to understand them through their language, because language is not just a communication tool, but it entails people’s thoughts, wisdoms, values, life and history,” she said in an interview with The Astana Times.

Her initial steps in learning Kazakh came in 2004 as a student in the Central Asian Studies Department at Hankuk University of Foreign Studies. She had the opportunity to discover its full linguistic diversity during an internship at Kazakh Ablai Khan University of International Relations and World Languages.

Driven by intellectual curiosity, she came to Almaty at age 18 and lived in the southern capital for two years.

“Kazakhstan was more interesting than I thought,” she said. “Since I am from a monolingual and monoethnic society, looking at the various ethnicities who speak multiple languages was already fascinating to me. The majority of people I encountered here were so kind to me. Some even refused to charge me money in taxis and bazaars only because I spoke in Kazakh. They told me ‘Sen konaksyn’ (‘You are a guest’). I feel very close to Kazakh people as they are open and warm. Thankfully, I met so many good people who helped me from A to Z, from doing grocery shopping to learning Kazakh.”

“When I finally began speaking Kazakh fluently, I could afford taking some breaks and exploring the country. My favourite places are Shymbulak, Turgen Gorge and Issyk Lake. I first visited Astana in 2006. Later, I came to Astana a few more times during fieldwork for my PhD,” said the researcher.

Soon after she arrived in Almaty, she began dreaming about visiting Shymkent. 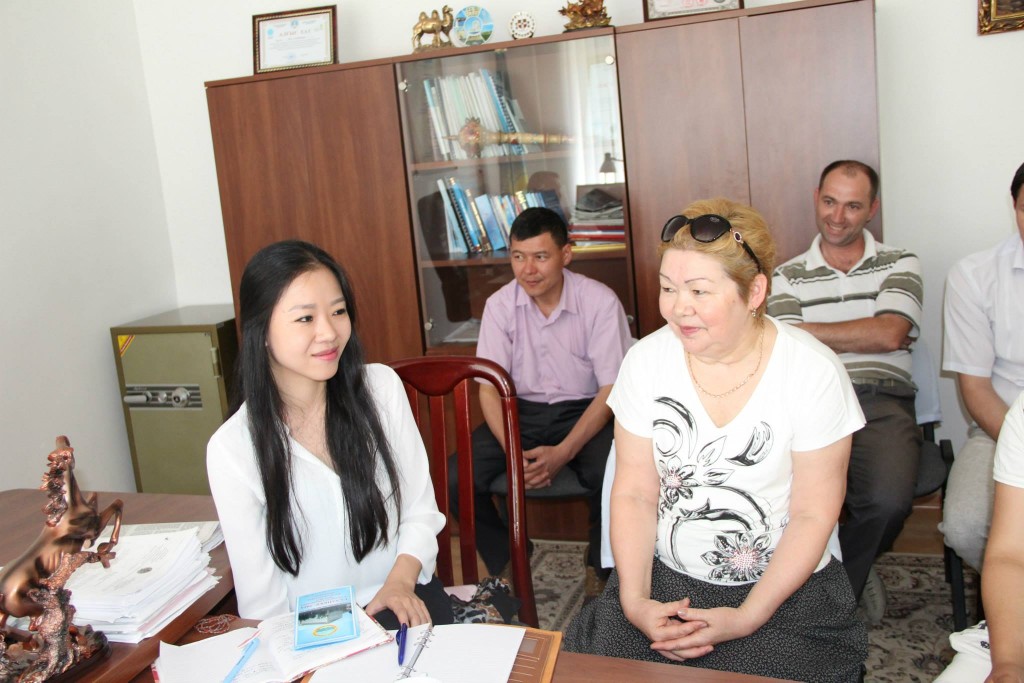 EunJoo Koo during her visit to Syrdarya University.

“I was so curious about this city, because many people told me that Shymkent is such an interesting place! In 2014, I finally visited Shymkent and Zhetisai. I particularly enjoyed the time I spent in Zhetisai. First, because I had a friend who invited me and organised my visit and second, since the linguistic feature of the village was so different from Almaty city. It was interesting for me to see that everyone speaks Kazakh and studies in Kazakh regardless of their ethnicity. I also met some Korean agailar (‘older brothers’) who are living in Zhetisai. It was such a meaningful experience for me to see life in the southern part of the country. So, I would say Zhetisai was the best place for me and I really want to go back one day,” she said.

As a former vice-president of the American university’s Kazakh society, Eun-Joo Koo was involved in different cultural activities and built good relationships with Kazakh students.

“We have the Central Asian Forum and an official student society entitled Cambridge University Kazakh Society. Whenever I talk to my Kazakh friends, I can feel strong connections with them. I guess it’s because we (Kazakhs and Koreans) share similar values and culture; therefore, we can easily get along and understand each other. They also gave me inspiration for my research,” she added.

The experience of living in the southern capital was very important for Eun-Joo Koo’s doctoral project, as it gave her time to think about how Kazakh language is valued in the market and society and why people speak more Russian than Kazakh in a place like Almaty.

“These questions have preoccupied me since and later became a cornerstone of my PhD dissertation. In my research, I have tried to explore the value of the Kazakh language from an economic angle. I did in-depth interviews with people in particular companies and asked how they deal with the language policy which tries to encourage greater use of Kazakh in work and official communications. I also conducted around 600 surveys in Almaty and Shymkent to assess the changing perceptions of the younger generation on Kazakh language in the economy. Compared to 2005 and 2006, I feel that Kazakh is more widely spoken and I think that it is really exciting for me to observe this change,” she said.

“My research means a lot to me as it is not only an academic paper, but also an abridged edition of my eleven years’ experience in exploring Kazakhstan,” she added. “The time I spent in Kazakhstan during my twenties has broadened my perspective on academic life and shaped my personal values. I am extremely thankful to the Kazakh people for their hospitality, wisdom and generosity.”

When Eun-Joo Koo feels nostalgic, she listens to the songs of Makpal Issabekova and Son Pascal which remind her of the time she lived in Almaty.

“I am planning to read Dulat Issabekov and Gerold Belger’s novels. They are my favourite contemporary writers. My future goal is to be a useful person for Kazakh people, who can contribute to the development of Kazakhstan and also to the relations between Kazakhstan and South Korea. I cannot wait to visit my second hometown Almaty and have a giant beshbarmak (Kazakh national meal) soon,” she said.