ASTANA – Riza Charity Shop, the capital’s first thrift shop, opened in early September to collect used clothes, footwear and electronics from locals. Its owner ships up to 90 percent of the goods to charitable funds and organisations free of charge. The remainder is sold and the money is used to cover expenses and finance charitable projects. 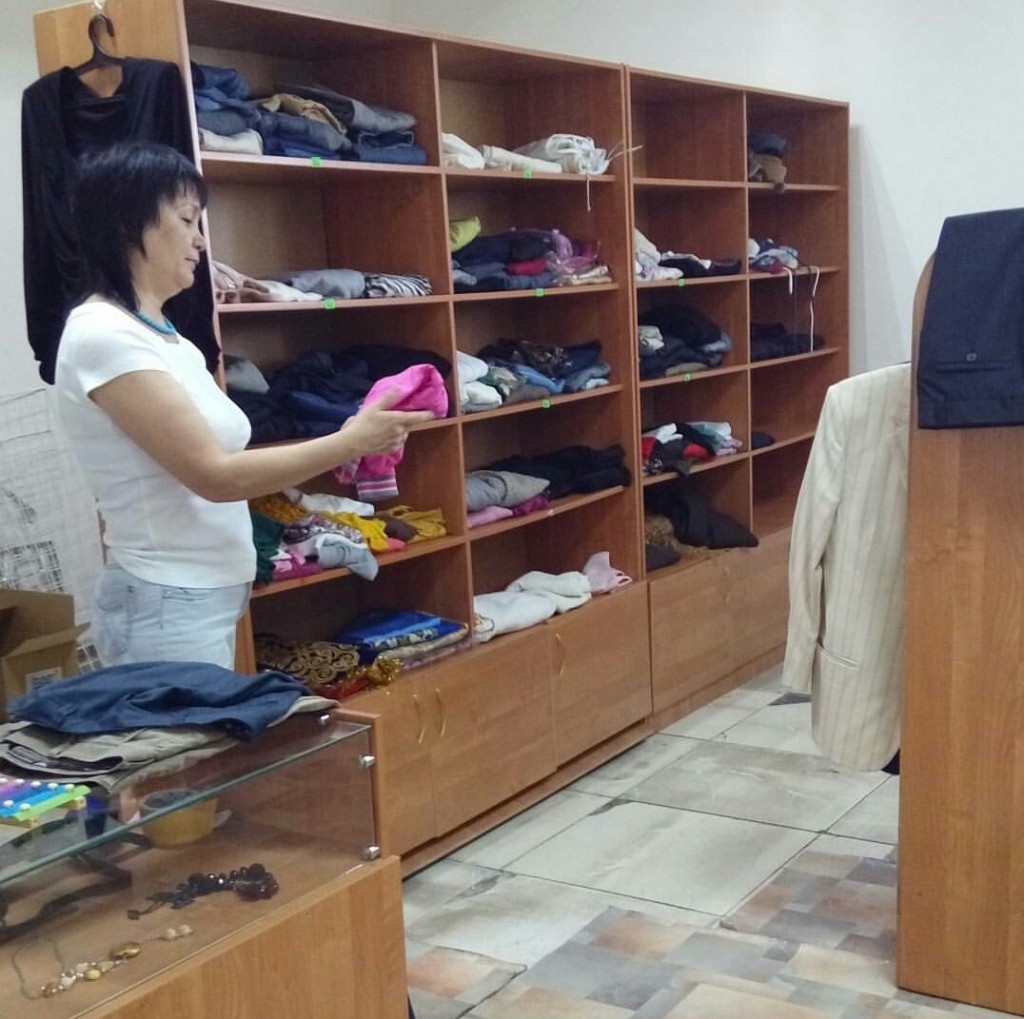 “We have just shipped 120 kilogrammes of clothes and footwear to Nuralem charity fund. This is a private fund managed by Natalya Konovalova. She sent me a message a few days ago reporting that children in low-income families don’t have footwear and go barefoot. We have chosen 40 pairs of footwear in the shop. A week ago, we sent 100 kilogrammes of clothes there. We support the social adoption centre and mother’s home as well. Ninety percent of the goods aren’t sold. The money we get from the 10 percent of the goods which are sold is used to pay rent and finance our projects,” said shop owner Nurzhamal Moldazhanova.

The store helped a 13-year-old girl who, due to illness, had never gone to school and been taught at home for six years.

“She can’t put her clothes on, go out of her apartment and use a bus herself. We found a volunteer who will escort her on an everyday basis and bought everything she needs for school. She is very sociable and wants to socialise in the school,” she said.

The shop is selling items to fund its next project. A local family has two boys, both with cerebral palsy, who recently had surgery. They need expensive vitamins and Moldazhanova would like to buy them.

“The first charity shop in Kazakhstan was established by Meruert Arginbayeva. She helped me to open my shop by giving advice and consulting me. The concept of such shops originated in Britain. Many people come and bring clothes. Some of them say that they threw their clothes and footwear away before,” she said.

Moldazhanova’s decision to open the shop was a very personal one.

“I have two children now, but two of my children died; one was only 2 months and the second was 8 years old. Both of them had serious diseases. My 8-year-old girl was so clever! She had been suffering for many years. I have been feeling a burning heartache for decades and I understood that I can’t live in such a manner anymore. I started to seek something that will help me to forget myself, to be beyond my memory or kill the pain in the least,” she said crying.

She would have appreciated the assistance she is trying to provide others.

“My family was a low-income one all the period of time my girl was ill and I wouldn’t have refused if someone had helped me at the period of time. I read a lot. I made many researches and I can surely say that such assistance doesn’t eliminate poverty at all. But children are not guilty in it and they should not suffer. And if we can help them, we must do it,” said Moldazhanova.

“Now I have a son and a daughter. I am proud of them. Nevertheless, I regret that I haven’t started to help people earlier,” she added.

Riza Charity Shop is pleased to get help from volunteers in the form of clothes, footwear, electronics, assistance in the store and help with transporting goods.