ASTANA – An exhibition dedicated to Anne Frank, one of the most famous victims of the Holocaust and the author of “The Diary of a Young Girl,” opened in Astana’s Nazarbayev Intellectual School in mid-October. The one-year joint project of the Yerkindik Kanati Public Foundation and the Embassy of the Netherlands will travel to around 20 schools in five cities: Astana, Almaty, Pavlodar, Shymkent and Taraz. 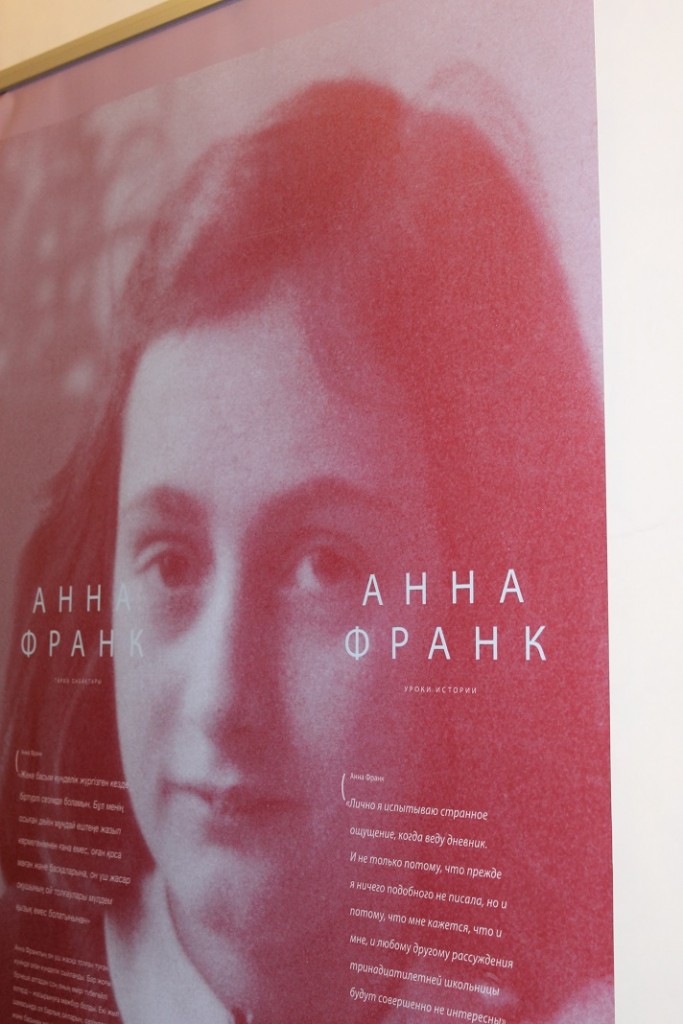 “Through the life of a little girl, we talk about tolerance, human rights and equality. We tell [students] about the years of the war and what was happening so they can understand how the Frank family lived, what forced them to move from Germany to the Netherlands,” Executive Director of Yerkindik Kanati Yelena Shvetsova told The Astana Times.

“It is not just an exhibition. There are lots of different nationalities and cultures in Kazakhstan. We want to show how important tolerance is, and what severe consequences can occur when someone dislikes others for their nationality, appearance or other things. It is our pride and wealth that our country has so many nationalities living in peace; it is our strength, and we need to strengthen it even more,” she added.

The project will be on display for three to four weeks in each school.

“The exhibition is a collection of stands containing photographs and descriptions about the time when Anne Frank was born, about her life, her parents. They also present information about the historical events at those moments. Students can see how the Frank family’s living quarters looked, as well as parts of Anne’s diary,” said Shvetsova. The exhibition ends with information about international organisations that stand for peace and human rights.

“It is not just an exhibition, it is an educational project, mostly aimed at school students in ninth to 11th grades. But other students can visit too, as well as parents,” she commented. 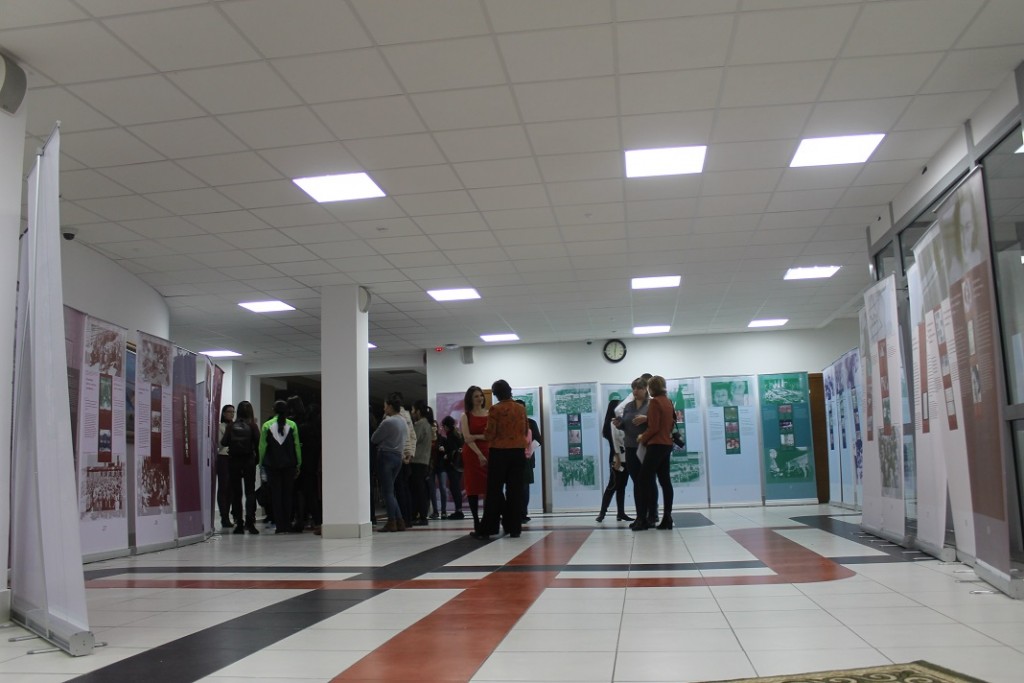 There are no special guides operating the exhibit; instead, students are trained to be guides themselves, so they can hold exhibitions on their own.

Anne Frank’s diary is one of the world’s most widely known books and has inspired several plays and films.

Anne Frank was born in Germany in 1929. Four years later her family fled to Amsterdam after Adolf Hitler came to power. In 1940, Germany occupied the Netherlands and as the persecutions of Jewish people increased in 1942, Anne’s family had no other option than to hide. They moved into a shelter of several concealed rooms behind a bookcase at the place where Anne’s father, Otto, worked. That’s when Anne started to write her diary, later known as “The Diary of a Young Girl” (originally “Het Achterhuis” or “The Secret Annex”). It documents her life until 1944.

The Frank family was arrested by the Gestapo in August 1944 and its members were transported to concentration camps. In 1944, Anne and her sister, Margot, were taken first to Auschwitz and then to Bergen-Belsen, where they died from typhus a few months later, just weeks before the liberation of the camp by British troops.

Otto Frank was the only survivor of the family. After the war he has returned to Amsterdam and learned that Anne’s diary had been saved by one of the helpers, Miep Gies. His efforts led to its publication in 1947. It was translated from the original Dutch and first published in English in 1952 as “The Diary of a Young Girl.” It has been translated into more than 60 languages.