Committee of State Revenues: Save Your Receipt and Win a Car

By Kseniya Voronina in Business on 7 October 2016

ASTANA – With the support of the Atameken National Chamber of Entrepreneurs (NCE), the Committee of State Revenues launched a campaign Oct. 1 called “Ask for a receipt – win a prize!” Like last year, the main prize is a Kazakh-produced car, announced committee spokesman Murat Zhumanbai. 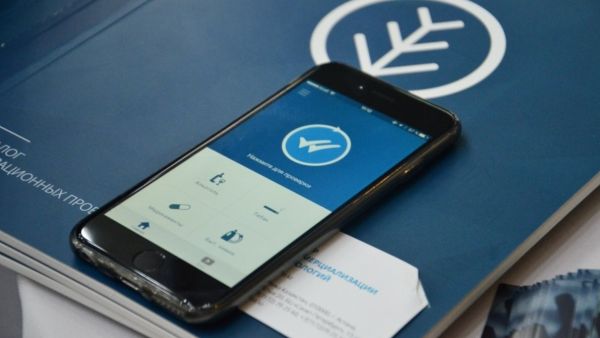 Receipts are accepted in electronic format via the Wipon mobile app to combat the shadow economy. Zhumanbai reviewed additional differences between the 2015 and 2016 campaigns.

“As you remember, last year the Committee of State Revenues (CSR), supported by Atameken, launched a campaign throughout the country ‘Ask for the receipt – win a prize.’ More than 200 prizes were handed out – household appliances and gadgets, including the main prize, a Chevrolet. To participate, citizens had to submit fiscal receipts to the authorities of the state revenue obtained from payment of goods, works or services during the campaign. Across the country, over two million people took part in the campaign who provided more than 10 million receipts. As a result, over 9,000 individual entrepreneurs working illegally have been officially registered, as well as more than 8,000 cash registers,” he said.

Through their proactive actions, he added Kazakh citizens have contributed to reducing the shadow economy and encouraged fair competition among entrepreneurs.

Last year, the event was held separately and in different formats in each region. In some regions, the receipts were sent through the What’s App application and some were exchanged for lottery tickets. The winners were determined through a lottery drawing.

“Summing up last year’s results of the campaign, we promised that this year it would be automated and would be held centrally. Therefore, the campaign will be carried out electronically via the mobile app to combat the shadow economy with the financial support of Atameken. The Wipon application is a purely Kazakh product designed by domestic programmers. It can be downloaded for free and used on all kinds of smart phones and other gadgets,” said Zhumanbai.

Any Kazakh citizen who can confirm the purchase of goods, works or services can participate by simply presenting a picture of a fiscal receipt. In the case of non-issuance of a receipt, citizens may also file a complaint about the violation.

“The campaign will be conducted from Oct. 1-Dec. 15 this year. During this period, in all regions and cities of Astana and Almaty each month there will be lotteries and their presentation. The final will be held at the CSR at the end of this year, where people will be awarded valuable prizes including the main prize, a car,” he said.

Prizes are provided by the business community. Sweepstakes winners will be determined by the random selection of receipts, so the more receipts citizens send, the more chances they have to win a prize. In order to ensure transparency and objectivity in determining the winners in each region and the cities of Astana and Almaty, the CSR will create a commission which will include representatives of the business community, NGOs and the media.

Vaypoing Director and Wipon developer Rustem Sultanmuradov noted the application will improve and have new features.

“Now, Wipon can detect illegal alcoholic beverages. After scanning the tax stamps in the application, information about the authenticity of alcoholic beverages is displayed. All data scans containing information on the possible illegality of the goods are sent to the committee in real time. In addition, we will soon add the ability to conduct home accounting/scanning receipts so you will be able to analyse their spending and buying,” he said.