ASTANA – Books have always been sources of knowledge, and while they come in a wider variety of formats today, their essential functions haven’t changed, and our need for them hasn’t disappeared. 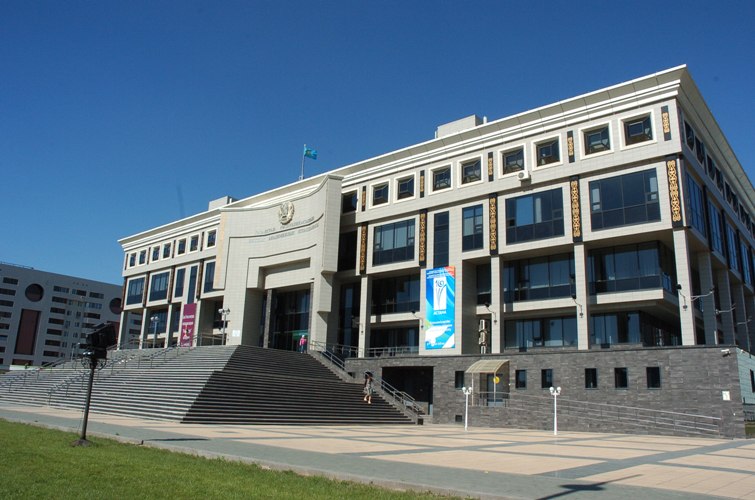 “[Books] have not lost their significance in today’s digital age,” Zuhra Baiyanova, press secretary for the National Academic Library of Kazakhstan, shared in an exclusive interview with The Astana Times.

The library has scientists, master’s degree students, lecturers, government employees, entrepreneurs and students of all ages among its readers. Literature, popular science, political works, textbooks and dictionaries are among the library’s most-read works. Popular fiction also has many fans, according to Baiyanova.

The library also has a collection of books members can borrow.

Readers also ask for classic Russian authors such as Alexander Pushkin, Nikolai Gogol and Lev Tolstoy, as well as foreign authors Jack London, Theodore Dreiser, Gabriel Garcia Marquez and others. “Librarians will prompt users on what literature to try, depending on topic, and where to find it inside the library, which databases to look up and other things,” Baiyanova said.

The library has both print and electronic resources, but not all of its books have been digitised, Baiyanova noted. “It is especially difficult to make technical science books digital because they contain graphs and drawings. Such books can only be found at a library.”

The library contains about 1.5 million print and multimedia publications in 52 languages on different fields of knowledge. Twenty-one reading halls, a book museum and the Shanyrak children’s arts centre operate within the library.

The Kazakhstan National Electronic Library was created within the National Academic Library and is accessible at www.kazneb.kz. It contains more than 23,000 digital, full text copies of books, electronic sources, theses and dissertations by Kazakh scientists. The press secretary says more than 120,000 users from 115 countries including Russia, Turkey, Argentina, China, France and Chile access this website each year.

The library offers electronic services such as access to electronic catalogues, local and remote full text databases on all fields, virtual reference services and electronic delivery of documents.

“Readers can access Thomson Reuters Web of Science, elibrary.ru, East View Publications and many other databases. Moreover, internet is free of charge there,” she continued.

A hall with special equipment is available for readers with physical disabilities.

The “Odna strana – odna kniga” (“One country – one book”) movement initiated by the library and held since 2007 is part of its efforts to promote reading, preserve spiritual heritage and inculcate a caring attitude towards Kazakhstan’s native language.

The library conducts various exhibitions, book presentations, seminars and lectures. Its Tazh club organises meetings with young poets and presentations of their books.

The Library of the First President of Kazakhstan has President Nursultan Nazarbayev’s publications, exhibits and archives fund. This library contains historic valuables and gifts from heads of states and other famous individuals around the world, weproject.kz writes.

The Republican Scientific and Technical Library serves more than 27,000 collective users and more than 58,000 readers who visit 400,000 – 440,000 times a year, according to its website, rntb.kz. About 5 million copies of various documents are donated to it every year.

Engineering and technical workers use the collections, while state companies, joint stock companies, small and private companies, higher education institutions, administrative and other facilities are among its collective users.