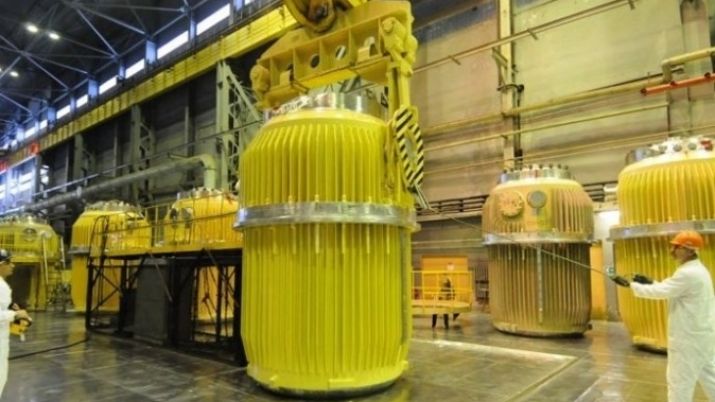 “According to a schedule, at the end of 2017, we will be accepting a technical mission of the International Atomic Energy Agency that is to make a final decision on placing low enriched uranium on this platform,” Dzhaksaliyev told journalists during an expanded meeting of the Committee on International Affairs, Defence and Security on reviewing Kazakhstan’s law titled ‘On ratification of Agreement between the government of Kazakhstan and IAEA on creating a low enriched uranium bank of IAEA’, in the Mazhilis (lower house of Parliament).

“The IAEA will bear the cost of creating this bank. There are a number of sponsors, and the overall cost of the project amounts to $150 million. Kazakhstan paid $5 million as a contribution to the IAEA. Our country will also pay for yearly exploitation costs, about $10,000-$12,000 per year,” he added.

The safety of storing cylinders with low enriched uranium was discussed in multiple public hearings.

The cylinders are able to withstand an earthquake with a magnitude scale of 10, Deputy Chair of Nuclear and Energy Supervision and Control Committee of Kazakh Ministry of Energy Timur Zhantikin announced during the extended meeting.

According to the speaker, the safety issue bothers the public most of all.

“It is worth noting that the highest safety standards in such volume are applied nowhere in the world. This is a valuable experience for Kazakhstan passed from the IAEA. Currently, over 20 technical missions were received on various aspects of nuclear activity, the main issue of which is safety,” he commented.

When answering questions on threats of leakage, Zhantikin commented that the cylinders where uranium is to be stored passed many tests.

“The cylinders were made in such way that nothing will happen to them during an earthquake with a magnitude scale of 10. They were developed especially for storing uranium fluoride and its transportation,” he noted.

“Cylinders withstand bumps in a train collision in its full operation, half an hour of fire or drowning at a depth of 30 metres. They are checked for all emergency and extreme cases and will be inspected every year and undergo certification every five years. Therefore, residents of Eastern Kazakhstan may rest calm,” the speaker concluded.