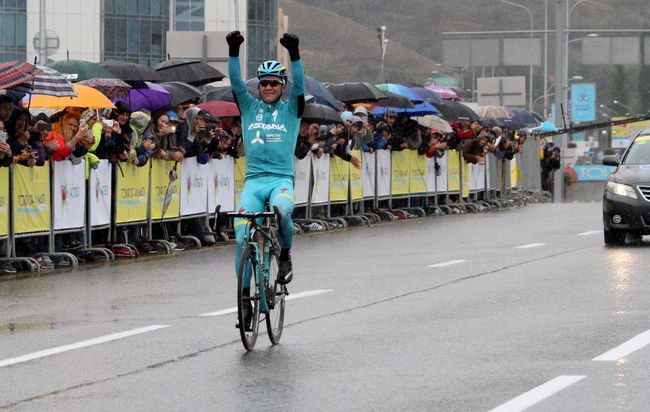 “Tour of Almaty has become a trump card and a brand of our city – confirming the status of a sporting region,” Almaty Akim (Mayor) Bauyrzhan Baibek noted, as quoted by Zakon.kz. “This, fourth Tour of Almaty, is being held in the 25th year of Independence of Kazakhstan and the 1,000th anniversary of our beloved city of Almaty. Thanks to the support of the head of state, Almaty has transformed into a sports centre with modern infrastructure that can host events of global scale.”

This was the fourth tour in the history of the city, which hosted 14 international teams with a total prize fund of $43,802. It was perhaps the last one-day event, according to the organisers, as the race is to become a multi-day event.

According to the official Astana Pro Team website, Lutsenko, besides winning the 2014 and 2015 Tour of Almaty is also Champion of the 2014 Asian Games. Last year, he celebrated his first World Tour victory by winning one of the Tour de Swiss stages. In 2014, Lutsenko also won the short, hilly individual time trial “on a windy day in August at the Tour of Denmark, surprising himself with a performance unequaled by specialists more experienced on the day,” the site states. In addition, Lutsenko is the 2013 U23 World Road Race Champion. 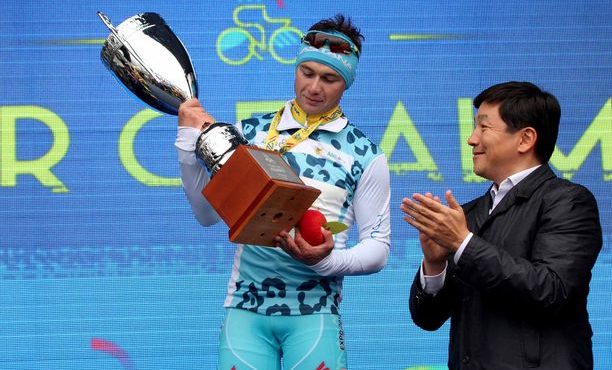 As Almaty is readying to host the Winter Universiade next year, the management of the universiade, jointly with the city administration, is promoting the city’s and country’s images abroad. In recent years, the city has hosted sporting events such as the Seventh Winter Asian Games, held in 2011, boxing and weightlifting championships and a judo grand prix as well as constructed numerous modern sporting facilities. The upcoming universiade is to be attended by more than 2,500 athletes and 1,500 delegates from 58 countries.