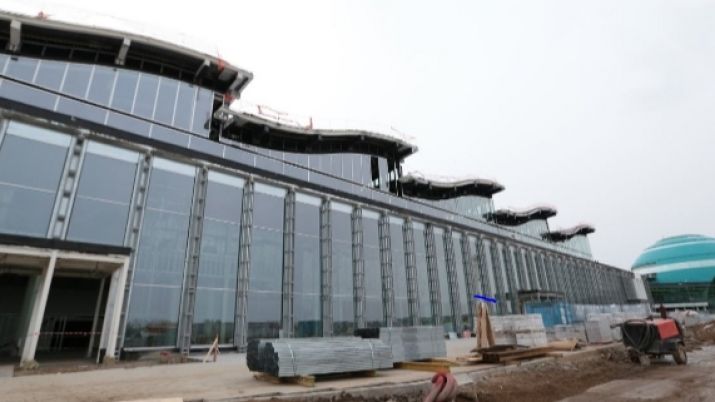 “The object is being built under the Nurly Zhol State Programme. It will allow to increase the people flow of air harbour of the capital from 3 million to 7.7 million passengers a year, which is especially important on the eve of EXPO 2017,” according to the statement.

Construction is on schedule and the frame of a new airport terminal has been already built.  Roofing work has been completed as well. Facade installation, engineering services and interior decoration of the building are being carried out now.

The object is equipped with the latest technology, which will significantly improve service and aviation security.

Construction of the facility is planned to be completed by the first quarter of 2017.

Astana Airport was founded in 1931 as a small airport for small aircraft service and today it is one of the most modern airports in the region. At the moment, the airport serves 19 airlines offering scheduled passenger flights to the near and far abroad countries.