An Island of Stability in Central Asia: Kazakhstan’s Future is Bright under Nazarbayev’s Leadership

In 2006, I arrived in Kazakhstan as the ambassador extraordinary and plenipotentiary of Afghanistan. The years of my diplomatic service in Kazakhstan were one of the brightest and most exciting periods of my life, to which I have devoted an entire chapter in my memoirs. 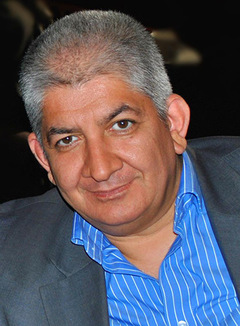 Kazakhstan was not a strange country for me, since back in 1983, while studying at Moscow State University, I did a three-month geological study in Karaganda and became acquainted with the culture and traditions of the peoples of Kazakhstan.

But this time I had to go through a very different and very specific “practice” in the diplomatic field. There was a great opportunity to not only work closely with ordinary people, but also to meet the political leadership of Kazakhstan, establish friendly and brotherly relations, and have sufficient time to study the country.

Working in Kazakhstan was a major vocational programme for me, during which I gained much knowledge about this country and the Central Asian region as a whole. Today, not only in Afghanistan but also in Iran and in other countries, including the Commonwealth of Independent States, I am known as an expert on regional issues, in particular in Central Asia, and many politicians and experts value my opinion.

In November 2006, I arrived in Almaty with the mission to meet with representatives of the Afghan community here, hear their views, discuss problems and offer suggestions on the development of Afghan-Kazakh relations – as well as to explore the city and the country.

My trip to the southern capital of Kazakhstan was full of interesting meetings with the major experts on Afghanistan. Among them were Omirtai Bitimov, an “honorary Afghan,” though, of course, originally from Kazakhstan, and a well-known figure in the country’s political sphere, who is currently Kazakhstan’s ambassador to Afghanistan. Given his considerable professional experience and knowledge, I did not miss the opportunity to meet with him and discuss the development of relations between our countries. In Afghanistan, Bitimov is known from the Soviet era. Among Afghans, he is given high respect and authority. In northern Afghanistan, where there are mostly Uzbeks, Turkmens and Tajiks, the people consider him one of them. Traditionally, Afghans rarely trust foreigners. In this respect, Bitimov is a rare exception; a master of public diplomacy.

I also met Director of the Institute of World Economics and Politics under the Foundation of the First President of Kazakhstan (IWEP) Sultan Akimbekov, the author of numerous research papers on Afghanistan. With him, we discussed the problems of regional cooperation and integration, as well as issues related to the Conference on Interaction and Confidence Building Measures in Asia (CICA) and the activities of the Economic Cooperation Organisation (ECO), and especially the American New Silk Road project.

In 2003, I met Director of the Suleimenov Institute of Oriental Studies Meruert Abusseitova at a conference in Tehran. Around the same time I became acquainted with then-Director of the Kazakh Institute of Strategic Research under the President of Kazakhstan Bulat Sultanov, with whom I have maintained business relations. He went on to lead the Centre for Strategic Studies and work as a chief editor of the anthology “Strategic Research.” We discussed regional and global issues, especially terrorism, drug trafficking and Islamic extremism and fundamentalism.

Upon arrival in Astana, I wondered if, in 1983, I could possibly have imagined that one day this small town would become the capital of the modern, independent Kazakhstan, and that I would return as ambassador of my country.

I briefed the President on the situation in Afghanistan, said that my mission was to develop relations between the two countries in all fields and noted that, given the difficult situation in Afghanistan, we look forward to Kazakhstan’s humanitarian aid and support. The development of trade, specifically the ability to purchase wheat and oil products from Kazakhstan, is very important to us, as is expanding cultural relations and cooperation in higher education.

Now, nearly 10 years have passed since that momentous day. Nevertheless, I want to sincerely say that the meeting with President Nazarbayev had a very lasting impression on me.

Nazarbayev is a very wise man; a realist, a pragmatist and a visionary politician. It is a tribute to his leadership that in such a short time that pearl of a city, Astana, was built. Under his leadership, Kazakhstan has become an island of stability in volatile Central Asia. He has put the country on the right path of development and prosperity. I believe that experts from many countries agree with this assessment.

The progressive development of Kazakhstan in these difficult times can be a good example for the National Unity Government of Afghanistan on issues of state-building in the transition period.

During my years of work in Kazakhstan I very carefully watched the strategies and actions of Nazarbayev and the implementation of his initiatives in internal and external multi-vector policy. In particular, I fully support his initiatives in regional integration, including in such far-reaching projects as Eurasian economic integration, CICA and the Shanghai Cooperation Organisation (SCO). So great is my respect for him that I still write about his achievements and mention his name and statements in my speeches at international seminars and conferences. Greater attention should be paid to his most recent initiative, voiced at the general debate of the 70th session of the UN General Assembly and set out in the manifesto “The World. 21st Century.”

I have very good memories also of working with Chairman of Kazakhstan’s Senate Kassym-Zhomart Tokayev, former Prime Minister Karim Massimov, former Minister of Foreign Affairs Marat Tazhin and many others.

In 2009, 2010 and 2011, I came to Kazakhstan to participate in conferences. Honestly, I do not feel like a stranger in Kazakhstan. Every time I leave, I think, “See you soon, my beloved brother nation.”

The author was ambassador of Afghanistan to Kazakhstan from 2006-2009.