ASTANA – On Oct.25, an official U.S. delegation led by Thomas Shannon, Under Secretary of State for Political Affairs, visited the EXPO site and met with Chairman of Astana EXPO 2017 National Company Akhmetzhan Yessimov, reported the press office of the Astana EXPO 2017 national company. 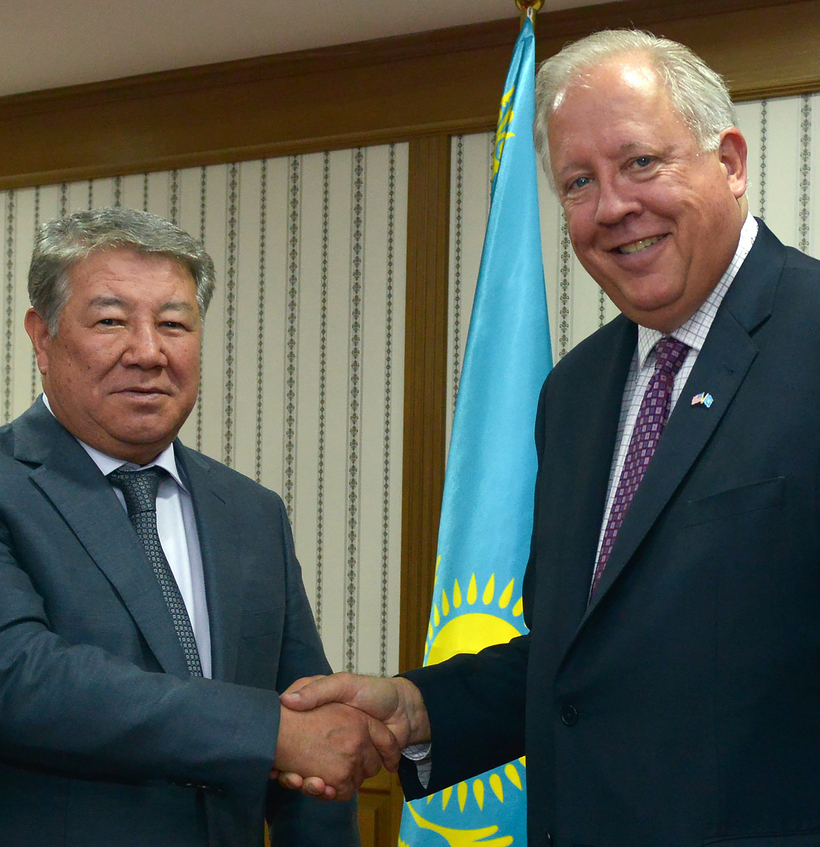 “This is my first official meeting, and I think it is a clear message of our intentions. We are going to prepare for the exhibition. I was able to have a look at the pavilion that is designed for the American section. This is a beautiful building and the pavilion,” Shannon was reported to have said.

He also highlighted that EXPO 2017 is considered an important element of the relationship between the countries. This is an opportunity to introduce Kazakhstan as a new global player, including in the energy sector, according to him.

Yessimov outlined the importance of the U.S. participation in the exhibition. “This year, I visited America twice. I know well about the great job of the United States in the field of renewable energy. It is the leading country in the development of new technologies and cutting-edge scientific research,” emphasised the chairman.

At the end of the meeting, Shannon assured that the United States will try to resolve quickly all procedural questions related to the participation of the country in EXPO 2017.