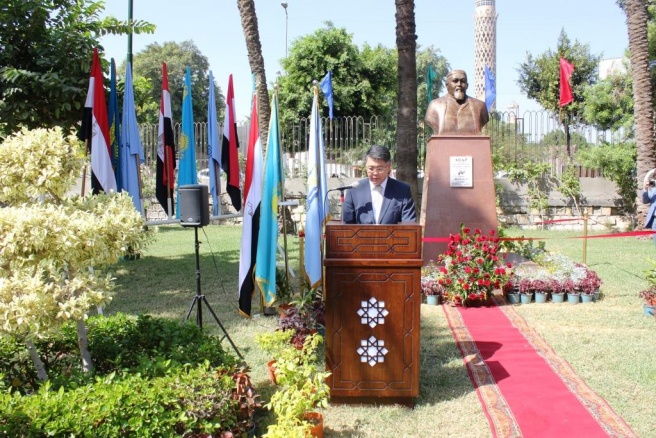 The bust in Egypt’s capital is located in the Garden of Freedom and Friendship, one of the most beautiful places in central Cairo. Dr. Osama El Serwy, the famous Egyptian sculptor whose works are displayed in Kazan, Moscow, Saint Petersburg and Tashkent, is an author of the project.

The idea is credited to Kazakh Ambassador in Egypt Berik Aryn. During his speech, he highlighted Abai’s contribution to the development of Kazakh and world literature, noting evidence of the global recognition of his talent and merit was recognised by the United Nations Educational, Scientific and Cultural Organisation (UNESCO), which declared 1995 as the Year of Abai in honour of his 150th anniversary. He added opening the monument in the Kazakh capital’s sister city during the 25th anniversary of Kazakhstan’s independence demonstrates the strength of the long friendship between the countries. 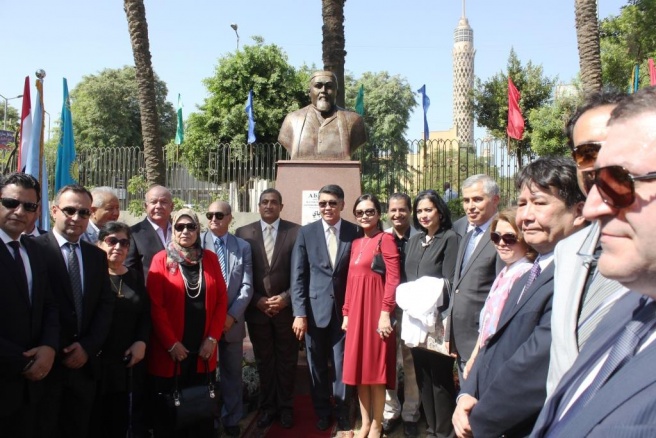 “A monument to Abai in the centre of the capital of Egypt is a great event for the city, embodying the spiritual and cultural affinity between the Kazakh and Egyptian peoples,” said Cairo Deputy-Governor Mohammed Ayman.

He added the city administration gladly supported the idea of establishing a monument to the great son of the Kazakh people by doing everything possible to make it happen. Other speakers noted the relevance of Abai’s humanist ideas today.

The event ended with the performance of Abai’s works by Kazakh students in Egypt. The guests received Abai’s “Words of Wisdom” and collections of poems translated into Arabic.

The second monument was unveiled in Almaty’s sister city in France, according to the Almaty city administration press release.

“Today we are opening a monument to the great writer and philosopher Abai. The legacy of Abai is not yet very well known in France, but, for example, the poet Louis Aragon was amazed by the works of Abai and believed that his works became one of the greatest in the 19th century. Through the sculpture, Abai’s memory will be immortalised in the city of Rennes,” said mayor Nathalie Appéré at the opening event.

“Next year it will be 25 years since the two countries established friendly relations. Today, within a bilateral meeting we discussed issues of cooperation and strengthening relations. So in my speech I want to tell you more about our philosopher, the great poet and thinker Abai. The humanist Abai brought Kazakhs a new system of thought and knowledge and became a bridge between the cultures of East and West. Abai wrote several poems and made more than 50 translations. He also translated the works of French writers. Abai Kunanbayev is a famous person. We believe that he is well known in France. Therefore, within UNESCO 1995 was declared the Year of Abai. Celebrations were held in 25 countries, including France,” he said. 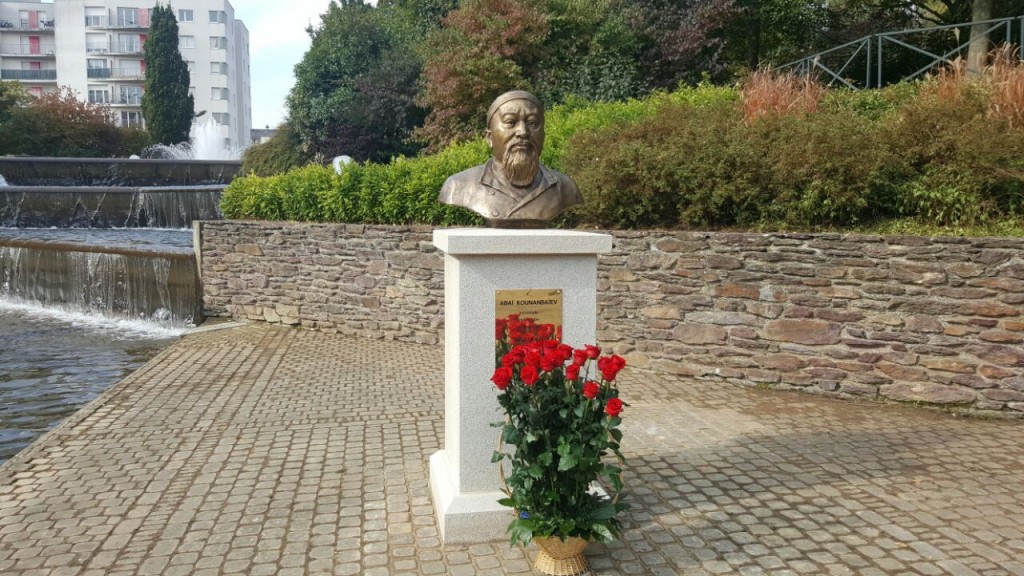 Baibek added installing the monument is an important milestone in reinforcing the friendship not only between Almaty and Rennes, but also between Kazakhstan and France. He confirmed the intention to continue to develop cooperation and exchange experiences between the cities.