ASTANA – VelofriendsKZ is an open public platform designed to support and unite the cycling movement, as well as develop eco-tourism in Kazakhstan. Launched in the spring, the initiative has already attracted attention and now has several thousand members.

“In May 2016, we organised a meet-up with like-minded people where the creation of our community was announced. There are different people among us – students, journalists, businessmen, athletes, officials, artists, simply people who care,” said VelofriendsKZ community administrator and 365info journalist Tatyana Bendz in an interview with the Astana Times. 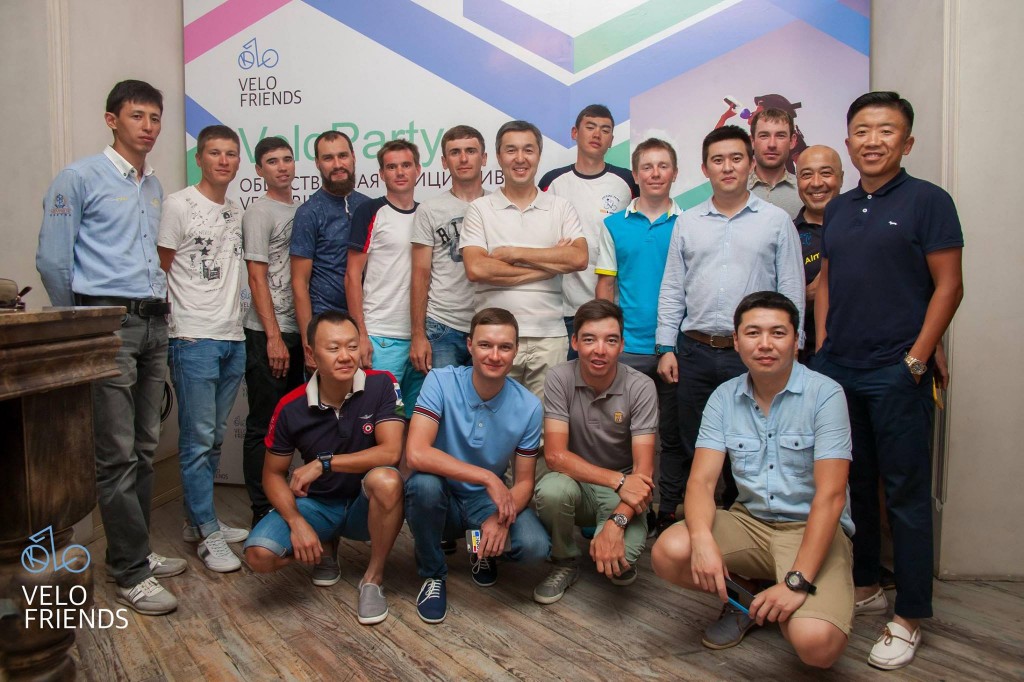 The community is currently based in Almaty and has a Facebook page address rather than a physical one.

“But this does not mean that we intend to remain as a virtual community. Our aims are to attract the audience and to improve the cycling infrastructure. Now, our community has nearly 3,000 people and this figure increases every day,” she added.

The original idea belonged to businessman and Kazakhstan Cycling Federation First Vice-President Raimbek Battalov, who also presented a programme on cycling reforms. One of the points was the creation of the Almaty club, which will be responsible for improving the quality of training athletes and trainers, as well as professionals for the tourism field. It also intends to promote cycling via mass and professional competitions. According to the programme, it is essential to build special schools for children, rebuild Almaty’s cycling track and construct three new centres for extreme sport. Through different events, Kazakhstan can use the facilities itself, as well as attract additional tourists, if the needed infrastructure is created.

“Our plans are ambitious. We want to unite all bicycle activists of Kazakhstan, to build modern infrastructure and to develop ecotourism,” said Bendz, adding VelofriendsKZ is also about creating a social partnership which will bring together the interests of bicyclists, activists, community leaders and city officials through effective and transparent communication.

As for now, the community has no permanent staff or presidium and everyone can join the initiative. Its main principles and goals of the community are openness and transparency, attracting activists, developing mass sports and promoting a healthy lifestyle, as well as bringing together existing cycling initiatives and developing Kazakh eco-tourism.

There are currently many different clubs, movements, organisations and initiative groups dedicated to cycling and the environment. The government is also trying to promote a healthy lifestyle.

“The bicycle is not only a sports inventory – it is a transport as well. It can help to stabilise the ecological situation in Almaty, for example, and the fact the akimats (city administration) support mass bicycle events is the result of the initiatives. Now the authorities see that bicycles are also transport in big cities. Traffic jams, parking issues, all of that makes owing a car inconvenient. It is the global trend and it has finally reached Almaty,” said Askar Tuleyev, bicycle activist and VelofriendsKZ member.

“As soon as we saw that VelofriendsKZ was created, the cycling community supported and joined it. The bicycle community cares about the development of the infrastructure and each of the initiatives is welcomed,” he added.