By Sanat Kushkumbayev in Op-Ed on 10 September 2016

A number of media outlets asked for my comments on the current situation in Uzbekistan. I had to refuse most of them. Unfortunately, the fact that everybody is searching for “a black cat in a dark room” is quite illustrative and not only for the media community. I didn’t refuse a journalist from Moscow who had referred a recommendation of a colleague I respect. However, all the questions come down to the thriller genre, or action. 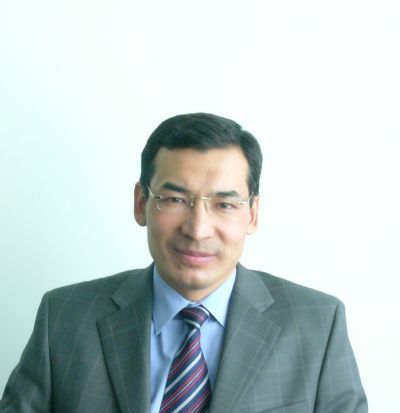 In fact, we all are inclined to look for illegal ways of transiting power. At the same time, the answer is clear for those people who studied/observed the political processes in Uzbekistan more or less in depth. The model built by the first President of Uzbekistan on the basis of constitutional mechanisms is a logical and direct way for succession of power. The model has proved itself.

It should be recalled that the last three presidential campaigns and parliamentary elections in Uzbekistan were held on time. The exception is the referendum in 1995 on extending the presidential term that was also held by a number of other Central Asian countries that year.

Another question – what will happen in case of candidate X or Y [for the post of the President]? Generally speaking, the point is not in X or Y candidates. It is quite evident that the consensus has been achieved within the elite. In this respect, observers share the opinion [it is he] who leads the funeral commission.

Presidential elections will be held within three months (now scheduled for Dec. 4) and will likely have four candidates. The current Prime Minister can be put forward as a candidate by the Liberal and Democratic Party of Uzbekistan that nominated him to be the head of government in January 2015. The same party put forward the first President of Uzbekistan during the last presidential elections. Three other parliamentarian parties will nominate their candidates. The outcomes are predictable.

Concerning possible changes in foreign policy and relations with Kazakhstan, it is more than evident that there will be continuity. Once again, the point is not in X or Y candidates. The state foreign policy reflects the internal paradigm of development. Changes in the tactics, some nuances, even persons are possible, but the course has been defined.

Relations between Kazakhstan and Uzbekistan have especially strengthened over recent years. Our positions got closer on a wide range of regional issues. There is no need to speak about the potential and influence of the two states on the situation in Central Asia. Kazakhstan and Uzbekistan are closely connected and will need each other; consequently, expectations and requests of the elite of both countries will be determined by the strategic character of relations.

The author is the Deputy Director of the Kazakhstan Institute for Strategic Studies.