By Zhanna Shayakhmetova in Nation on 3 September 2016

ASTANA – The National Security Committee announced the suppression of three radical groups in the West Kazakhstan and Aktobe regions as part of the special operation conducted Aug. 12-30. 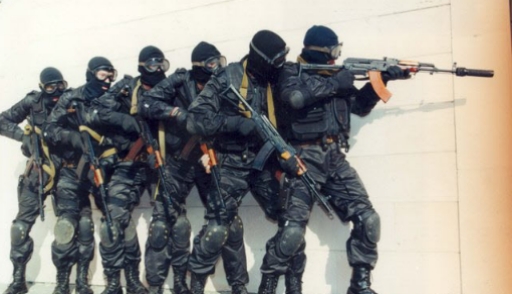 Ten people were arrested in the West Kazakhstan region and 11 in the Aktobe region with court approval, reported the committee’s press office.

According to authorities, the extremists were planning attacks against law enforcement officers and terrorist acts in crowded places.

“The members of the detained terrorist group planned a series of terrorist acts in the country. However, due to operational measures tragedy was avoided. No one was wounded. All these people are citizens of Kazakhstan and supporters of a known religious movement. The representatives of radical groups are not linked,” said National Security Committee Chairman Vladimir Zhumakanov, according to inform.kz.

Firearms, ammunition, trotyl, an improvised explosive device, knives and printed and audio materials with extremist content and attributes of international terrorist organisations indicating the radicals’ serious intentions were seized. The special paper, computer and copying equipment to print counterfeit banknotes made by members of the groups to finance their activities were also recovered.

The pre-trial investigation with respect to these groups was conducted under Kazakh Criminal Code articles 174 “Inciting social, national, tribal, racial, class or religious hatred,” 256 “Promotion of terrorism or public incitement to commit an act of terrorism,” 257 “Creation, management of a terrorist group and participation in its activities,” 231 “The manufacture, storage, transfer or sale of counterfeit money or securities,” 287 “Illegal purchase, transfer, selling, storage, transportation or carrying of weapons, ammunition, explosives and explosive devices” and 288 “Illegal manufacture of weapons.”

The National Security Committee held a special operation Aug. 18 to detain four members of the radical group who were planning a series of terrorist acts in Kazakhstan. All the detainees are Salafism followers, a non-traditional religious movement.

The yellow level terror alert threat was introduced in the country June 6 after an attack in Aktobe by Salafism followers who robbed two weapon shops and attacked a local National Guard the previous day. Eight people, including three soldiers, were killed and 38 people were injured. Eighteen suspected attackers were killed and nine arrested.

Ruslan Kulekbayev, a 26-year-old native of the Kyzylorda region, opened fire July 18 in Almaty. Five police officers, one Border Guard officer who was off-duty and a civilian were killed. Four other police officers later died in the hospital. The sole suspect in the attack on police and the government building was captured the same day.

In mid-August, the nation-wide yellow terror alert level was extended until Jan.15, 2017.