By Anuar Abdrakhmanov in Sports on 13 September 2016 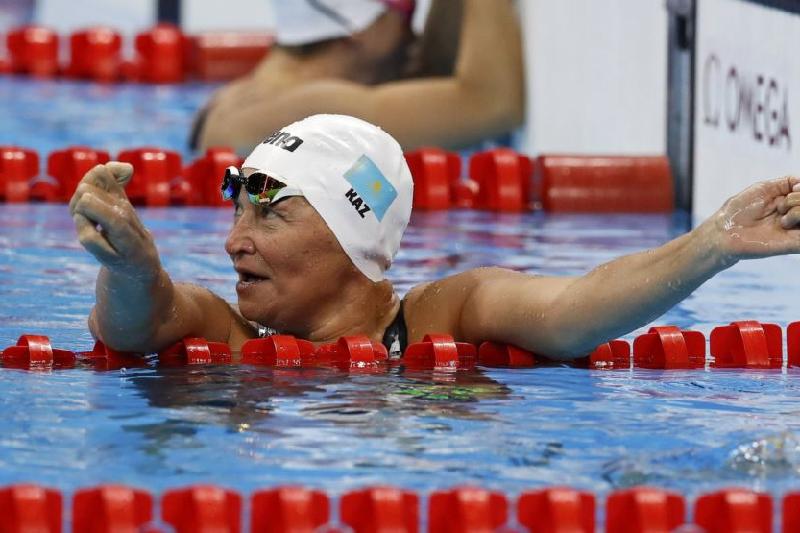 Three days later her compatriot, 50-year old powerlifter Raushan Koishybayeva won silver in the up to 67 kilograms weight category with a final results of 113 kg, with gold claimed by China’s Tan Yujiao and Egypt’s Amal Mahmoud.

Gabdullina finished only third in her semi-final but in the decisive heat, the six-time world champion left no chances for her rivals and broke her own world record she had set up a year earlier.

Gabdullina pursued her dream for 25 years. First, she did wheelchair racing, but in 1998 she decided to prioritise swimming and has been relentless in becoming one of the best in the sport. She has won the Asian Paralympics and bronze medals in the World Championships last year in Glasgow. She also participated in the London 2012 Paralympics where she finished 12th. Gabdullina’s record has lately included five world records, including the latest one from Rio.

“At first, I was a bit afraid but my coach has believed in me. Here I am, thanks God, a champion [of the Paralympics]. It was a long road for me. This medal was earned through hard work,” Gabdullina said, adding she dedicated her victory to Kazakhstan and her personal coach.

“This success is the best encouragement to disabled athletes and will serve as an impetus to the development of swimming in Kazakhstan. I congratulate everyone. Today, we are happy for Zulfiya,” commented Kairat Boranbayev, president of the Paralympic Committee of Kazakhstan.