Ambassador Ilija Psaltirov has spent almost two years in Astana representing the Republic of Macedonia. Recently, he and his staff organised numerous events throughout Kazakhstan to celebrate the 25th anniversary of Macedonia’s independence and to present its culture and opportunities for cooperation to a wider Kazakh public. In this exclusive interview, Ambassador Psaltirov talks about the history, the current state and the future of bilateral relations. 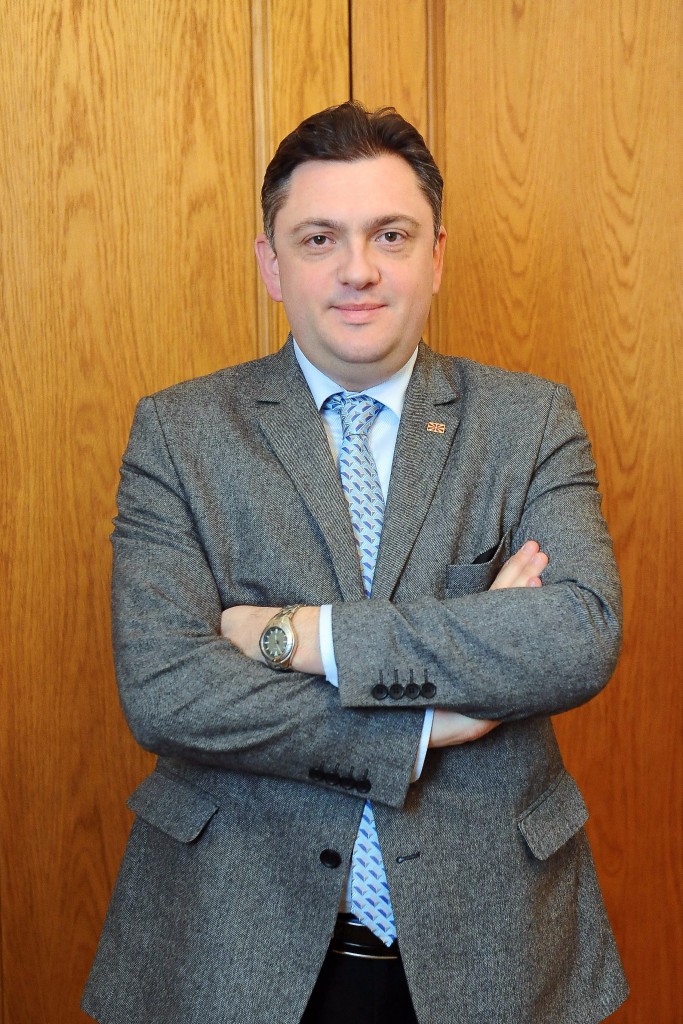 Macedonia’s embassy in Astana was opened in November 2014. How would you outline the history of contacts between our two countries?

Yes, our Embassy in Astana was opened Nov. 1, 2014, but official contacts between our two countries date back to a much earlier time, in 1995. Over the past two decades of our modern history, bilateral relations between our two countries have been characterised by friendship, mutual understanding and a common interest in further expanding and deepening our overall relations. I strongly believe that we can do much more in this respect over the months and years ahead.

Since the establishment of diplomatic relations on June 1, 1995, dialogue between our two countries has been pursued at various levels. The first meeting at the presidential level came in 2002 when then Macedonian President [Boris] Trajkovski met Kazakh President [Nursultan] Nazarbayev. Since then, many other meetings have been conducted at the margins of various summits around the world. When it comes to bilateral visits … Macedonian senior officials have visited Kazakhstan on several different occasions, including the participation of President Gjorge Ivanov in the [Organisation for Security and Cooperation in Europe] OSCE Summit in Kazakhstan in 2010 and the official visit he paid to Astana in 2012. Moreover, then Prime Minister Nikola Gruevski visited Kazakhstan when he and a senior ranking Macedonian government delegation took part in the 6thAstana Economic Forum in 2013. Macedonian Cabinet Minister for Foreign Investments Furkan Chako participated in the 2015 forum. Other visits worth noting were by former Minister of Foreign Affairs Antonio Miloshoski, who came to Astana and Almaty on two working visits in 2008 and 2012, and incumbent Deputy Prime Minister and Minister of Foreign Affairs Nikola Poposki is scheduled to visit Kazakhstan in the very near future.

As for visits to Macedonia by Kazakh officials, we are still very much looking forward to them, but are yet to have both the opportunity and privilege of playing host to a senior ranking Kazakh official in Macedonia, which, we believe, is something that will most certainly boost our overall relations and will open the doors for our two countries to expand their cooperation further in a great variety of areas.

What are the promising areas of economic cooperation between Kazakhstan and Macedonia?

Both countries have strategic locations within their respective Central Asian and Balkan regions, allowing them to be major economic hubs, interesting for new investments and doing business. Leading, relevant global economic and financial institutions have for years now been listing Macedonia as one of the most attractive world destinations for foreign investments, resulting from the exceptionally beneficial packages that our government has been offering to foreign investors. The numerous factories and other production facilities that major global companies have opened have acted as yet another testimony to that fact.

Hence, Macedonia can most certainly be a gateway for Kazakh companies wishing to conquer the wider European market and we would gladly help them in doing just that and pursuing their goals. On the other hand, several Macedonian companies have for several years been present in the Kazakh market. To illustrate this, I would like to point out some of the most remarkable buildings in Astana, which have been built by the hands of Macedonian construction workers, a fact not a lot of people in Kazakhstan are aware of.

Moreover, Macedonian engineers and construction workers have also been taking part in the EXPO 2017 project. Therefore, I feel that that there is outstanding potential before our two countries for pursuing economic cooperation. In that context, joint investments and cooperation in commerce and tourism should be the main areas that the two countries should focus their economic activities on.

The first major step in that respect has already been made by … tour operators from the two countries, who visited Kazakhstan and Macedonia this spring, conducting several meetings… which are certainly expected to bear fruit in the very near future.

What priorities have you outlined for your term in Kazakhstan?

The list of major priorities that my ambassadorial tenure in Kazakhstan is and will be focusing on certainly includes intensifying the regular communication between the two countries, bringing our two peoples closer to each other and establishing an effective legal framework to regulate our political and economic relations, coupled with promoting investment opportunities in Macedonia and making the economic cooperation between the business communities in both countries more visible and dynamic.

Of course, cooperation in other areas such as culture, education and science, sport and the like should [receive] no less attention and importance, and tangible results have already become evident in that respect, with several memoranda of cooperation signed and projects completed in some of these areas.

The legal framework is an extraordinarily important aspect of our cooperation and improving it will allow the two countries to regulate their relations much more easily. In that context, something that needs to be particularly noted is the fact that Macedonia and Kazakhstan have to date indeed been able to sign and ratify three major agreements in the economic domain: the Agreement on the Encouragement and Mutual Protection of Investments, the Agreement on the Avoidance of Double Taxation and the Agreement on Trade and Economic Cooperation. However, there is a series of other bilateral agreements to strengthen and define their cooperation framework in other areas… that are yet to be signed.

Moreover, the issue that stands out as key to the overall cooperation between the two countries is the existing visa regime, and, in that context, I would like to point out that Macedonia is one of the very few European countries that Kazakhstan nationals can travel to and stay in for a period of 90 days without a visa. Unfortunately, that has not been the case for Macedonian nationals travelling to Kazakhstan, but we are working steadfastly with your authorities on Kazakhstan soon reciprocating this Macedonian gesture by lifting its own visa requirement for Macedonian nationals…. This is an issue which is one of the key priorities for us.

This year, Macedonia and Kazakhstan are both celebrating the 25th anniversary of their independence with a number of activities, including Macedonian Culture Days in Kazakhstan. Tell us more about this project.

Our two countries celebrate such an important jubilee this year and it is something that gives us both enormous pleasure seeing as the anniversary has provided us with an opportunity to host a series of events that has most certainly brought us even closer together and has allowed us to raise our bilateral relations to an even higher level. To that end, in cooperation with different institutions and companies from Kazakhstan and Macedonia, our embassy in Astana launched a huge project incorporating a great number of activities to mark the event in various aspects. The project, Macedonian Culture Days in Kazakhstan, took place from Sept. 1–8, the day Macedonia marks its independence, and included two gala concerts by renowned Macedonian ethnic music band Synthesis [in Almaty and Astana] followed by a reception. The two concerts were performed in collaboration with the symphonic orchestras of the two cities. They were truly exciting and spectacular … not only because of their grandeur, but also because of the very fact that musicians from both countries had an opportunity to perform Macedonian traditional music composed in modern arrangements.

Furthermore, the two Kazakh cities played host to wine-tasting events of a variety of Macedonian wines, which are very highly rated on the European market, but are, as yet, not that well known in Kazakhstan. To top it all off, the project ended with the opening of the Macedonian Corner at the National Academic Library of Kazakhstan in Astana, which came as a result of the donation of 135 volumes of Macedonian literature from St. Clement of Ohrid National University Library in Skopje. I am convinced that, through these events, we have been able to bring Macedonia closer to the citizens of Kazakhstan.

What are your impressions of Astana?

The idea of your President to build a new capital in the middle of the Great Steppe has proved to be of great benefit for Kazakhstan. The city has become a symbol of Kazakhstan. I like the river, the bridges, the clean streets, the parks, the museums, the theatres and the shopping malls. I like the difference between the new and old part of the city, too. Each has its own beauty. Astana has been a home for me and my family for close to two years and it will remain so for the following two years. Even after I leave Astana, this city and country will remain forever etched deep into my memory and heart.