By Aiman Turebekova in Nation on 2 September 2016

ASTANA – Kazakh President Nursultan Nazarbayev addressed the second joint session Sept. 1 of the Senate and the Mazhilis of the sixth convocation. Opening the session, he noted the necessity to continue the tradition of constructive lawmaking. 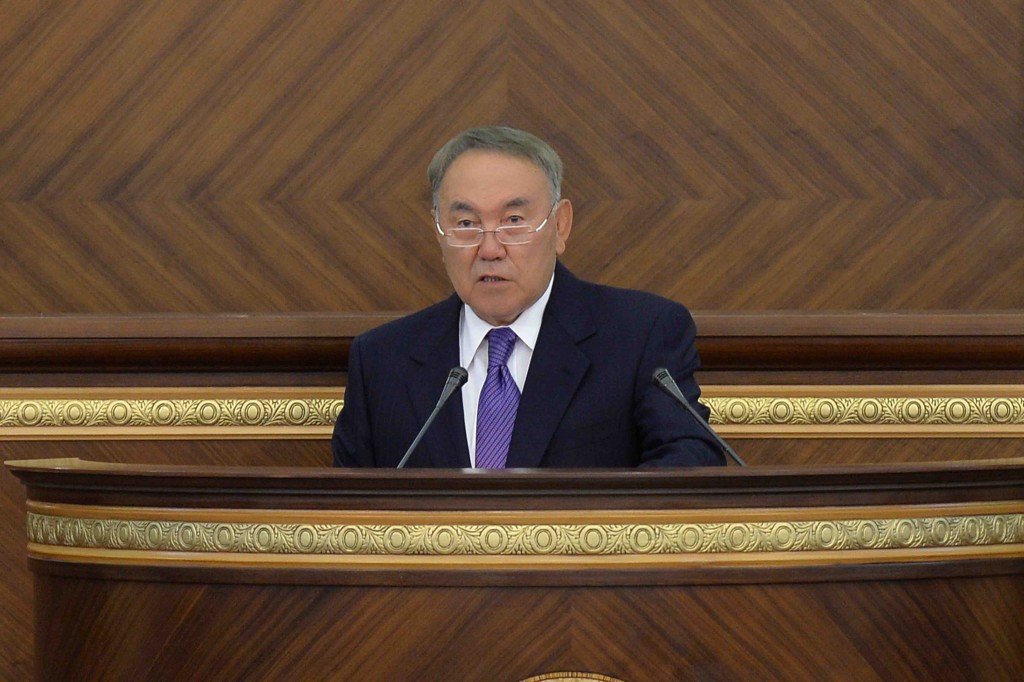 “In order to develop and adopt new laws, it is crucial to keep close and harmonious interaction with the government because we need carefully prepared laws. In particular, it is important to strengthen the role of the deputies of the Senate and the Mazhilis in an accessible explanation of new legislation aims and tasks to the people,” he said.

The President stressed the deputies have a great deal of work because they need to discuss and adopt approximately 50 bills; adoption of seven new laws has been introduced by the deputies themselves and supported by the government.

“These initiatives are the evidence of the high professionalism of the deputies,” he added.

On the eve of the 25th anniversary of Kazakhstan’s independence, the President commented on this session as a central event of the year.

“It is important to understand the county’s achievements. This event should be a final stage of a large outreach – it is necessary to convey all of our significant results to every Kazakh citizen. It is also important to define plans for the future,” said the head of state.

The new laws will develop the nation’s economy, as well as support the welfare of every citizen, by developing business and attracting investments.

“In the framework of the five institutional reforms and Nurly Zhol economic policy of the country, it is vital to search for new drivers of economic growth. It is important to reduce the dependence of Kazakhstan on fluctuations of prices for raw materials. Therefore, our priority is to support companies producing non-primary products for export,” he added.

The President added the importance of considering new geopolitical challenges.

“The international relations system has gained unpredictability features due to the growth of contradictions between major powers. This complicates the work of the international community in the field of combating international terrorism and extremism,” he said.

Prevention of global war and the threat of humanity’s nuclear self-destruction are among the most topical issues of today’s reality, he added.

“Under these conditions, the government should strengthen national security. On my instructions, seven draft laws on combating extremism and terrorism, counterintelligence, genomic fingerprint registration and probation as well as strengthening information security have been developed and introduced to the Mazhilis,” he said.

“Everything indicates that we will start the second quarter-century of independence in a difficult time but this should not detract from our determination to achieve our great goal – to turn Kazakhstan into one of the most developed states in Eurasia by joining the club of developed countries in the world,” said Nazarbayev.

The action will require coordinated work by the entire state, including the legislative branch and unity of society as well as the general focus on success. Kazakhstan can achieve this objective only through conditions of stability, mutual understanding and tolerance, he explained.

At the same time, Nazarbayev noted the need for maximum transparency in the activities of the Parliament chambers.

“It is important that the people of Kazakhstan are able to understand clearly the need and logic of adoption of laws. At the autumn session, direct on-line broadcasting of the work of the Senate and the Mazhilis will be provided. In addition, it is necessary to expand the scope of the legislative process. It is necessary to involve public experts, representatives of non-parliamentary parties, NGOs and media to this process. It is necessary to actively use the experience of the OECD (Organisation for Economic Co-operation and Development) countries in the field of public awareness and public discussion of the necessary legal innovations,” he said.