By Zhanna Shayakhmetova in Sports on 7 September 2016

ASTANA – A swimming pool named after Kazakh Olympic gold medallist Dmitry Balandin was opened Sept. 1, as well as an arch representing alumni and students’ commitment to Mangilik El, all dedicated to the 1,000th anniversary of Almaty and the 25th anniversary of Kazakhstan’s independence. The facilities were unveiled at Al-Farabi Kazakh National University (KazNU) in Almaty. 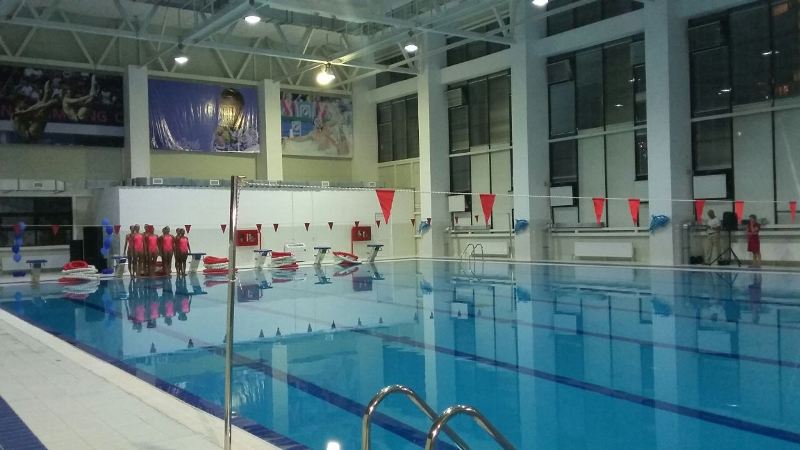 “The arch of alumni and students dedicated to the national idea Mangilik El is to become a new architectural landmark of the city and a symbol of science and education. Today, the sport life of Almaty is closely associated with the preparation and holding of the Winter Universiade 2017. I am confident it will be an outstanding event in the millennial history of our city and that the outdoor swimming pool will give a new impetus to the development of university sport,” Baibek said at the ceremony.

The arch is located directly in front of the university’s main entrance and follows the shape of an ancient Greek monumental gateway. 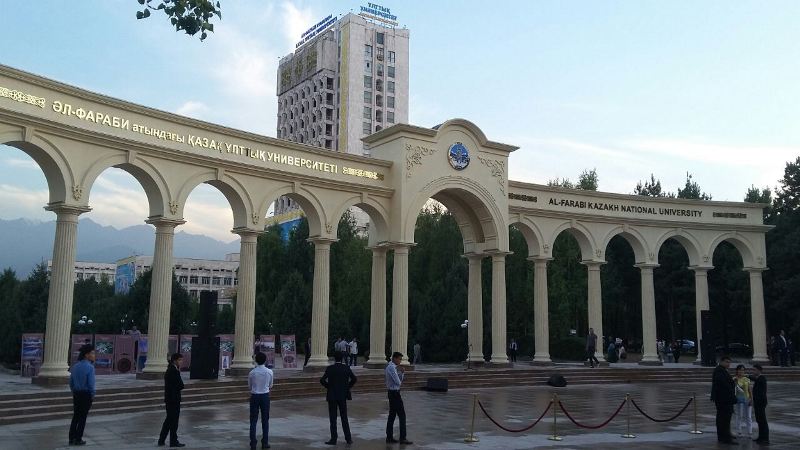 The official opening of the new 25-metre pool named after Balandin took place after the dedication of the arch and monument.

“When I studied at the university, there were no such beautiful structures here. The opening of arch is a very significant event. I am pleased to have been invited to this event and I want to express my gratitude for this great honour. I never imagined that I would have a pool named after me,” said Balandin.

Earlier, the Almaty Universiade Organising Directorate announced that the first torchbearers of the Universiade 2017 will be Balandin and Rio Olympics bronze medallist Dariga Shakimova. They will be among the first to carry the torch of the games. They also were awarded certificates confirming their appointment as official ambassadors of the 28th World Winter Universiade.

Balandin, who shocked the world with his victory in the 200-metre breaststroke at Rio in August, was awarded the Barys Order of the second degree for winning the country’s first-ever medal in swimming. The champion of the 2014 Asian Games and holder of two national records in the 100 and 200-metre breaststroke, Balandin set a new national record with his Olympic victory: 2:07:46.