Pokemon GO Like Mobile Game App to Launch in Kazakhstan

By Kamila Zhumabayeva in Nation on 22 September 2016

ASTANA – A free mobile application similar to the worldwide known Pokemon GO game – “Urban corners: green energy in Astana” was recently presented in the capital in advance of EXPO 2017, Kazinform news agency reports. Android and iPhone users can expect to access the app by the end of this month. 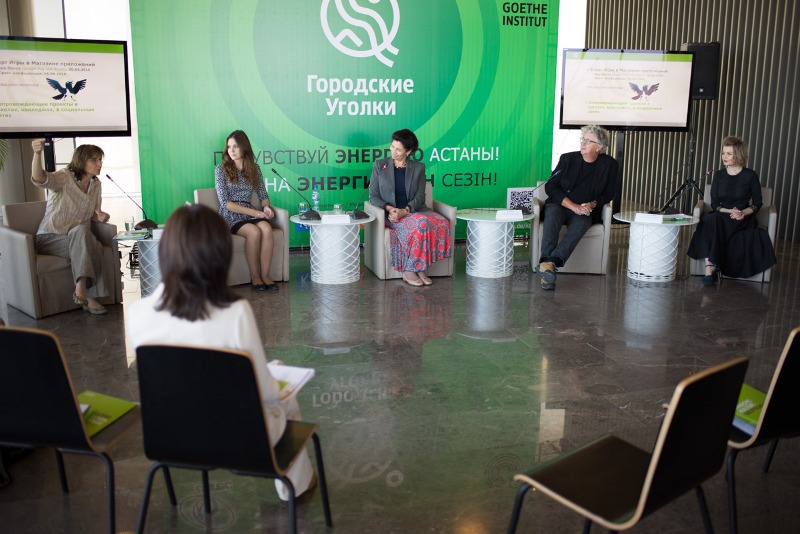 “This game is about two students, grandparents, five guards, a magic river, ancient artefacts, five forms of energy, but also about a wolf, magpie, Astana’s sights and green energy. First of all, it’s a quest game that will offer a player to walk around the capital as stations are all over the city, test their imagination and creativity, recall logical thinking and elementary mathematics skills. Eventually perform a task and get their score,” the head of the Urban Corners project in Astana Irina Hech said during the app presentation.

The mobile app is available in the Kazakh, Russian, German and English languages.

Goethe Institut Kazakhstan and The Regional Environmental Centre for Central Asia (CAREC) are the developers of this app. As organisers planned, the app should arouse an interest among the Kazakh youth to topics of environmental protection and renewable sources of energy.

The new mobile application was developed based on the world’s popular quest computer platform and will help attract as many young adults as possible, according to organisers. Game players will be looking for magic crystals across the city through geo-location and interactive map, the news report said.

“As for the similarity with the world famous game Pokemon GO, I can say that we were first who came up with this idea. It was born in Kazakhstan in 2011,” Director of Goethe Institut Almaty Barbara von Münchhausen explained when presenting the application in Astana.

The plot of the game is original and tells the story of Kazakhs: a brother and a sister named Talgat and Dina, who on a vacation went to visit their grandparents at a village, located in a picturesque places of Khan Tengri and unexpectedly found a magic stone with five different characters there, the news agency noted.

When asked about the meaning of the object, a grandfather and a grandmother tell their grandchildren a mysterious story of an ancient magic river and its guards.

“Once upon a time in a place where Astana is located today, as adults told to children, there was a magic river, that lived with the help of five magic energies: fire, light, water, earth, wind, as well as time and the future. Guards were there to protect the river but one day they disappeared, the river of energy had lost its power and soon dried out. Then a player who acts as one of the guards comes into action, who tries to restore this river by filling it with the five forms of energy,” Kazinform reported.

“When I started this game, I was motivated to go through it in German, to practice the language. In addition, the game will be interesting for teachers of nature management, geography, as there are a great deal of questions concerning ecological situation in our city. This game will also be useful for pupils and help them to navigate through the map of the city,” the head of the project said.