The team suffered three straight away losses at the start of a regular season at the Continental Hockey League (KHL) at the hands of Metallurg Novokuznetsk (2:4), Sibir Novosibirsk (1:5), and Avangard Omsk (1:3). 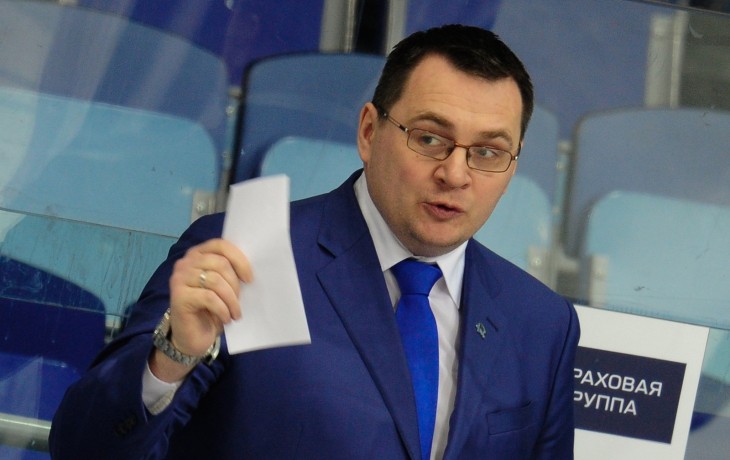 The 42-year old Nazarov first headed Barys ahead of the 2014-2015 season and at his first press conference he proposed to make the Astana club the “most media attractive.”.

Nazarov-style “media attractiveness” resulted in a number of scandals. Among other things, the manager was disqualified for his behaviour during matches and press conferences. And at times Barys was better known for homegrown “tough guy” Damir Ryspayev who initiated brawls on the hockey pitch a bit too often.

Ahead of the last season, Nazarov clandestinely left Astana only to appear in SKA Saint Petersburg, the fresh winners at the time of the Gagarin Cup, the KHLs main trophy, as their new manager. After he failed spectacularly there, Nazarov was reinstated as the Barys manager before the half-season mark. Under his stewardship, the Kazakh capital’s club for the first time in its almost decade-old history failed to qualify for the playoff games.

Apart from Barys, Nazarov was tasked with managing Kazakhstan’s national team, which under his leadership failed too. First, it was eliminated from the IIHF World Championship’s elite division and then recently squandered a chance to reach the 2018 Winter Olympics in Pyeongchang by ending up only third in the final qualification round, which took place in Oslo Sept. 1-4.

In the Norwegian capital, Team Kazakhstan first lost 3:4 to the hosts, who subsequently won the tournament and tickets to Pyeongchang and then 1:4 to the French. The 3:2 victory over Italy was only a matter of prestige.

Formally, Nazarov’s firing from the national team has not been announced, but on previous occasions Barys managers were asked to lead the national team when they were relinquished from their obligations in the club and the same procedure applied to Team Kazakhstan.

On Sept. 7, HC Barys announced the appointment of Eduard Zankovets as its new manager. The 46-year old Belarusian spent his playing career with a number of Soviet, Belarusian, Russian, German and Finnish clubs (as well as one season in Chicago Black Hawkes’ farm club) with 50 matches played for his national team too. As a coach, he previously led Dynamo Minsk and the Belarusian national team and spent four seasons as an assistant manager in Avangard Omsk.