ASTANA – “Building a Nuclear-Weapon-Free World,” the international conference, which was held under in conjunction with the 25th anniversary of the closing of the Semipalatinsk Nuclear Test Site and in commemoration of the UN International Day against Nuclear Tests on Aug. 29, involved more than 200 delegates from 50 countries and served as a major platform for international dialogue. 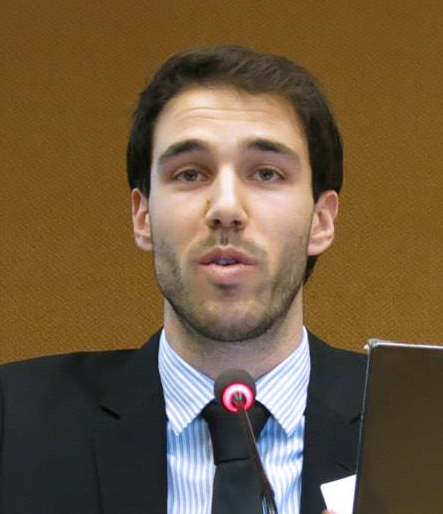 The conference has once again reminded the world of the tragic consequences of nuclear testing and focused on elaborating a comprehensive approach in addressing this global problem through multilateral efforts to achieving a nuclear-weapon-free world.

The participants concurred that Kazakhstan has taken a number of initiatives for nuclear disarmament: renouncing the world’s fourth largest nuclear arsenal, negotiating a Central Asian Nuclear-Weapon-Free Zone, launching The ATOM Project, the initiative to establish Aug. 29 as the International Day Against Nuclear Tests by the UN, presenting the Manifesto “The World. The 21st Century” as well as President Nursultan Nazarbayev’s initiative to set a clear goal to eliminate nuclear weapons by 2045, the centenary of the founding of the UN.

One of the speakers at the panel session “Security without nuclear weapons or war,” Deputy Director of the Strategic Concept for the Removal of Arms and Proliferation, Centre for International Studies and Diplomacy, SOAS University of London, UK, Kevin Miletic raised the issue of nuclear deterrence and conventional weapons control, pointed out the need to find a way to reconcile conventional and nuclear disarmament as well as stressed the timeliness and relevance of President Nazarbayev’s Manifesto “The World. The 21st Century.”

In his remarks at the conference, Miletic said: “Certain countries perceive conventional weapons as a major threat to their national security. For them, nuclear deterrence is a means to offset a perceived conventional inferiority by threatening nuclear retaliation in the event of a major conventional attack.

This argument has become firmly anchored in the military doctrine of these countries and used as a primary reason for the justification of nuclear deterrence policy and the subsequent retention of nuclear weapons.

This literally amounts to saying that as long as there is a perceived threat of major conventional attack, those countries are entitled to hold on to nuclear deterrence. Following this logic, conventional disarmament becomes a pre-requisite for nuclear disarmament to happen.

Now, this issue will not be solved by dismissing or ignoring it. If one really wants to make progress on phasing out nuclear deterrence, we have to constructively address this delicate relationship and develop a sound counter-argument with a view to reconciling conventional and nuclear disarmament.

Furthermore, I must highlight President Nazarbayev’s Manifesto “The World. The 21st Century,” in which he calls for the adoption of a comprehensive programme for disarmament. This bold initiative is a very, very important step in the right direction and needs to be built on.”

To learn more about his opinion of Kazakhstan’s initiatives in creating a nuclear-weapon-free world, the current global situation in terms of nuclear disarmament as well as the ways to a total ban of nuclear weapons and its tests, The Astana Times interviewed him.

Mr. Miletic, what was the conference’s role in terms of the global anti-nuclear weapons movement and disarmament?

It is rare to see such a high-level disarmament event bringing together so many different constituencies. In Astana, there were ministers, parliamentarians, religious leaders, activists, academics and many others from all around the world sitting around the same table. Usually these constituencies do not necessarily interact with each other. This conference was a tremendous opportunity for them to develop synergies and cross-fertilise ideas. It shows that there is international unity around the goal of nuclear disarmament. It is this kind of conference that helps generate the momentum needed to bring about changes. Without such initiatives there would be no challenge to the status quo.

How do you assess the current global situation in terms of nuclear disarmament and Kazakhstan’s initiatives in creating a nuclear-weapon-free world?

The current situation is not very encouraging. Two of the most important intermediary steps towards nuclear disarmament are still blocked: the Comprehensive Test Ban Treaty has not entered into force and the Fissile Material Cut-Off Treaty has not even been negotiated. Moreover, the major nuclear weapons states have embarked on a weapons’ modernisation programme, and reliance on the perceived benefits of nuclear deterrence has been increased due to the recent rise in tensions between nuclear weapons states.

Despite that, renewed focus on the humanitarian consequences of nuclear weapons has led to the establishment of a UN Open-Ended Working Group on Nuclear Disarmament with a mandate to develop “legal measures, legal provisions and norms” for achieving a nuclear-weapon-free world. This Open Ended Working Group is one of the few positive developments in the field of nuclear disarmament recently.

Since the closure of the Semipalatinsk Test Site and the restitution of nuclear weapons to Russia, Kazakhstan has been at the forefront of nuclear disarmament. Kazakhstan has greatly contributed to strengthening international nuclear security. It is actually one of the few countries that actually take actions. Its important role in the negotiation of a Central Asian Nuclear Weapon-Free Zone, its initiative on the International Day Against Nuclear Tests adopted by the UN General Assembly and the establishment of The ATOM Project among others demonstrate that it plays a leading role in disarmament diplomacy.

In your remarks, you highlighted President Nazarbayev’s Manifesto “The World. The 21st Century.” Could you please elaborate more on the timeliness and relevance of this strategic document?

Yes, I said that President Nazarbayev’s manifesto is a very important step in the right direction and needs to be built on. I think that his call for a world without wars could not be timelier. There are a series of negative security trends that cast a worrying shadow onto the future.

As national security becomes increasingly understood as the advancement of military capabilities, the concept of disarmament has become little more than a Cold War relic. Not only, there is a stalemate in disarmament affairs characterised by the fact that the UN Conference on Disarmament, which has the mandate to negotiate disarmament treaties, has been deadlocked for almost 20 years. But what’s more is that we are witnessing an erosion of previous disarmament achievements upon which an international cooperative security framework was built. If we combine this lack of progress and even deterioration of the disarmament architecture with increasing investment in military capabilities and development of new weapon systems, and that we set these dynamics against the backdrop of growing tensions in Europe, the Middle East, Northeast and Southeast Asia, we can see that the picture is pretty bleak.

The problem is that they talk past each other. Both focus on specific problems and disregard the broader spectrum of issues. Yet, it is essential to remember that nuclear disarmament is a multi-faceted issue that requires a multi-front approach. In this regard, a comprehensive approach to disarmament has the advantage of providing a framework that makes thinking about the two approaches not incompatible but complementary. This is why we need a comprehensive approach to disarmament as laid out in President Nazarbayev’s Manifesto.