By Zhanna Shayakhmetova in Culture on 16 September 2016

ASTANA – The Sion Festival, held Aug. 19-Sept. 4 in the Valais Canton in Switzerland, featured a concert by the Young Eurasian Soloists (YES) chamber orchestra. The appearance at one of the most prestigious festivals in Western Europe proved the young team has gained recognition in European musical circles. 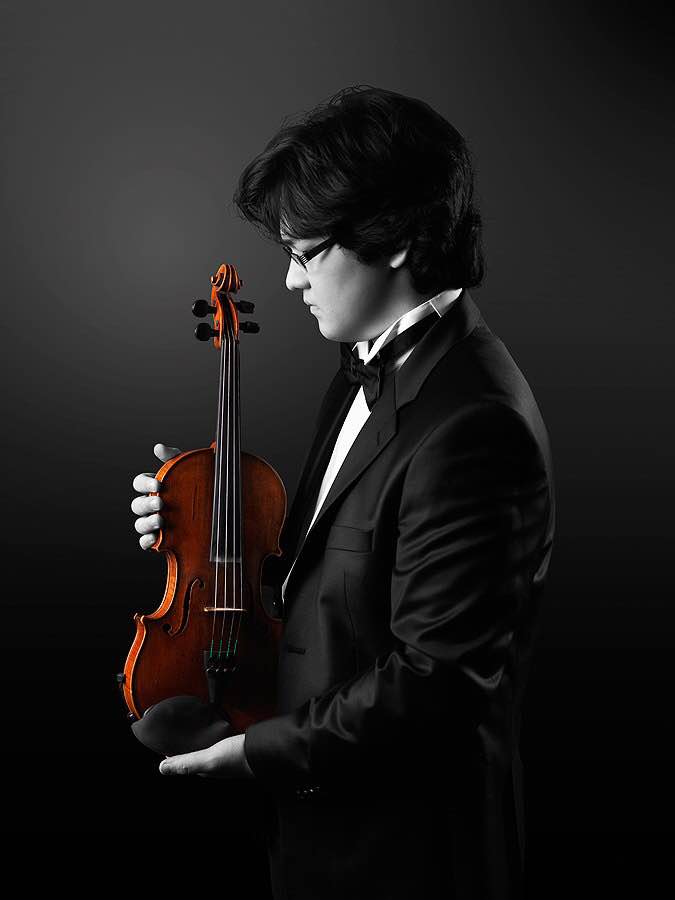 The orchestra participated in concerts featuring various instrumental compositions ranging from a Baroque ensemble to chamber orchestra with wind instruments, percussion and piano.

“In addition to our solo performances, we have also been the official orchestra for A Feast of Duo, the final competition held during the festival and performed with outstanding musicians such as Pavel Vernikov, Ray Chen, Dmitri Jurowski, Francesco de Angelis and others. We performed Vivaldi, Mozart, Tchaikovsky, Saint-Saens, Mendelssohn, Wagner and Piazzolla,” said YES orchestra Artistic Director and famous Kazakh violinist Sherniyaz Mussakhan in an interview with The Astana Times.

The orchestra was founded in March 2015 in Lausanne. The 16 young professional musicians, winners of many international contests, come from countries including France, Germany, Hungary, Italy, Japan, Kazakhstan, South Korea, Latvia, Poland and Switzerland.

The first concert, which took place at the Kazakh State Zhambyl Philharmonic Concert Hall in the nation’s capital, was a great success. The team then held concerts in October 2015 in the largest halls of Zurich and Bern.

“The idea to create an ensemble belongs to me and my close friends in the orchestra. Jana Ozolina, the wonderful violinist from Latvia, is our manager and helps me with organisational issues. At the same time, each member of the orchestra has their own solo career. All the musicians are students of outstanding professors, the best teachers of our time with worldwide reputations. We are united by music and professional dedication to work. But beyond that, we are united by a desire for creativity and high-quality performance of classical music of different genres and styles. We are all friends and colleagues. We say ‘yes’ to the creative achievements and are committed to them,” said Mussakhan.

Born in Almaty, Mussakhan was quickly recognised as a talented and gifted musician with great potential. He began studying the violin at five and continued his education at the Baisseitova School under Zaturinskaya. He has a master’s degree from Lausanne Conservatory.

He was the first representative from Kazakhstan and the winner of the Lipinski and Wieniawski International Competition for Young Violinists and is a laureate of the David Oistrakh Competition. In 2014, Mussakhan received a Rahn Kulturfonds scholarship and became the Kiefer Hablitzel Foundation prize winner.

“When eminent violinist Vladimir Spivakov visited Almaty, I had a chance to meet with him. He gave me a master class and advised me to enter the Central Music School at the Moscow Conservatory, which I graduated from in 2011 in the class of Professor Revich. He also presented me with a violin specially made in Paris. At the moment, I have been doing a second master’s degree at the Basel Conservatory,” he added.

The music troupe keeps a busy schedule of tours and concerts.

“Now we are preparing for the concert which will be held Oct. 26 in Bregents. It will be special for me, as the programme highlights the works of renowned Kazakh composers including Kurmangazy, Kazhgaliyev, Kanapyanov, Serkebayev and Tlendiyev. The New Year Music Festival of Gstadt held under the patronage of Princess Caroline of Monaco is organised every year in December and January. This year, Her Highness Caroline Murat kindly invited YES orchestra to participate in this festival. I was also invited by Caroline Murat to play at the opening ceremony of the Venice Art Festival in May,” said Mussakhan.