Monument of Gratitude to Kazakh People to Open in Shymkent

By Zhanna Shayakhmetova in Nation on 20 September 2016

ASTANA – A monument of gratitude titled “Kazak Elіne Myn Algys” (“A Thousand Thanks to the Kazakh People”) initiated by the ethno-cultural centres of the South Kazakhstan region is being constructed in Shymkent. 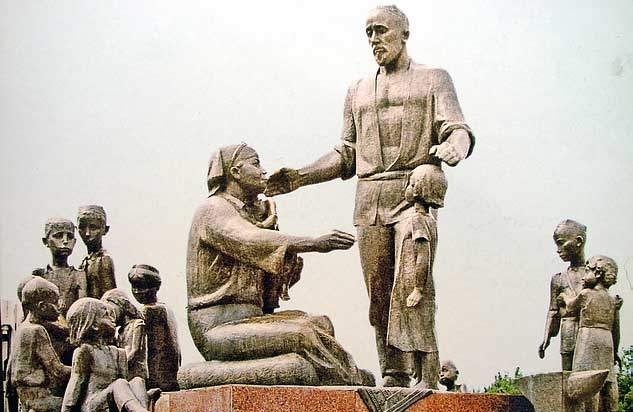 At the top of the monument a shanyrak (the circular opening at the top of the yurt – the traditional portable home of nomadic peoples) will be placed, Zakon.kz reports. It will be represented as a solar disk framed with beams and with an arched base symbolising the homeland and the warmth of the hearth, which people raise with their hands against the blue sky.

The monument will also have a stelle decorated with elements of the kerege, the wooden lattice part of a yurt, symbolising the unity of society in the consolidation of statehood. An arc-shaped pedestal in the shape of a horseshoe, a symbol of the pursuit of success, is to be located on the grounds of the monument.

An inscription saying “We fulfilled our destiny due to the Kazakh people. On behalf of all ethnic groups …” will decorate the front side of the pedestal.

“The architectural monument will be not only a symbol of gratitude to the Kazakh people, but will also become a brilliant example of the unity and solidarity of the south Kazakh people in the formation of the Kazakh identity and the concept of the Land of the Great Steppe, Mangilik El (“Eternal Land”),” said Chairman of the regional Georgian ethno-cultural association Zaal Bochoroshvili. 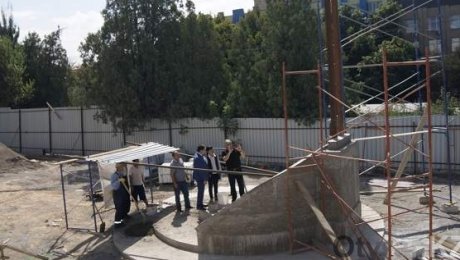 A memorial of gratitude to the Kyrgyz people from the children of besieged Leningrad was opened in Kyrgyzstan in 2012. The monument was initiated by siege survivors. More than 140,000 people, including about 16,000 siege survivors from Leningrad and 3,500 children, were evacuated to the Kirghiz SSR in 1942. The dominant element of the monument is a ring surrounding a stelle with the quote, “Alive, endure, we will win!” from a letter written by Soviet poet Olga Bergholz.

A monument of gratitude to the Uzbek people has also been constructed in Crimea. It was designed and built by the Crimean Engineering and Paedagogical University at the initiative of Rector Fevzi Yakubov.

“I want to express my gratitude to the Uzbek people for the fact that they shared with us their last bread and let us in their orchards and said ‘Eat all you want, but do not break the bushes.’ Uzbeks took part in the funerals of our loved ones; they adopted our orphans. Today you will find a lot of families whose members have Uzbek names. We constructed a monument of gratitude to the Uzbek people, who saved us at the university,” said Yakubov at the opening ceremony.

The Friendship of Peoples monument, which once was one of the symbols of the city, was moved from the centre to the outskirts of Tashkent. In fact, it was a monument to the Shamakhmudov family, who adopted 15 children including Russian, Belarusians, Moldovans, Ukrainians, Kazakhs and Tartars, during the war.