ASTANA – Kazakhstan won one gold, one silver and placed 58th in total medals out of 168 countries at the Paralympics Games, which ended Sept. 18. 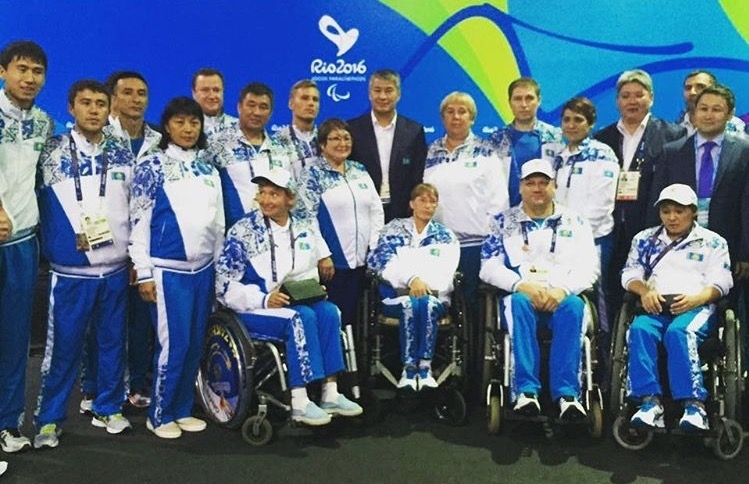 Kazakh swimmer Zulfiya Gabidullina became Kazakhstan’s first ever athlete to win gold in the Paralympic Games. The fifty-one-year-old Paralympian set a new world record in the 100 metres freestyle swimming. At the Paralympics in London she finished 12th.

She is also a champion of the Asian Para Games and was a bronze medallist at last year’s World Championship in Glasgow. Gabidullina is one of the top eight swimmers in the world ranking.

“At first, I was a bit afraid but my coach has believed in me. Here I am, thank God, a champion [of the Paralympics]. It was a long road for me. This medal was earned through hard work,” Gabidullina said, adding she dedicated her victory to Kazakhstan and her personal coach.

“By winning the first gold medal at the Paralympic Games in the history of our country, you have brought great joy to all people of Kazakhstan. The world knows you as a strong athlete, who has glorified Kazakhstan. A new world record in the 100 metres freestyle is another confirmation of this. Your victory is the result of many years of hard work,” he said in his special telegram.

Gabidullina plans to participate in the 2020 Paralympic Games in Tokyo.

“I continue training in intensive mode, athletes from other countries congratulate me on the victory. I am very happy. I follow one principle – life after 50 is just beginning,” she said.

The second medal of Kazakhstan belongs to 50-year-old powerlifter Raushan Koishybayeva. She won silver in the up to 67 kilogrammes weight category with a final result of 113 kilogrammes.

She has been engaged in sports since 2010. Two years later she became Master of Sports and in 2013 she has received the International Master of Sports title. At the 2014 World Championship, she took 13th place and in the Asian Games she was sixth.

Both champions will receive money awards from the Kazakh government. Gabidullina will get $50,000 and Koishybayeva $35,000.

This year, 11 athletes went to Rio to represent Kazakhstan at the Paralympics. In 2012, at the London Paralympics the number was seven.