Kazakhstan to Increase Gas Production By 2020

By Azamat Syzdykbayev in Business on 17 September 2016

Kazakhstan’s annual gas production will reach 65 billion cubic metres by 2020, said Minister of Energy of Kazakhstan Kanat Bozumbayev at the Energy of the Future forum in Astana. 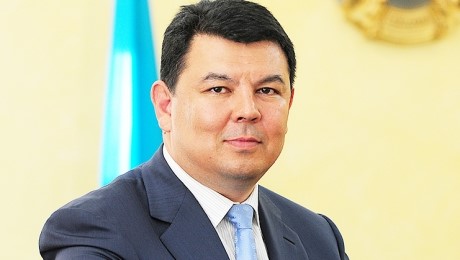 According to the minister, it will also enable Kazakhstan’s energy system to significantly reduce its environmental impact, including decreasing harmful emissions.

“The oil and gas sector is one of the most important drivers of economic growth. In spite of the current market prices situation, Kazakhstan continues to demonstrate its investment attractiveness. In July 2016, the shareholders of Tengizchevroil approved the expansion of the Tengiz deposit project, worth more than $37 billion. It is expected that the production at one of the largest deposits in the world, Kashagan, will start as well. In light of global trends and challenges, gas industry development has become a priority for our country,” explained Bozumbayev.

He also spoke about the ministry’s plans to further develop renewable energy sources. He believes that Kazakhstan will actively introduce many more such sources by 2030. Extensive research in this area is to be carried out in the near future, Bozumbayev said.

“We plan to hold a large-scale study, ‘Foresight 2050: a New World of Energy and Kazakhstan’s Place in It.’ The study will involve local and international experts. The study will provide answers to questions related to the transformation of the country’s energy policy and serve as its long-term foundation,” added the minister.

The study’s results will be presented at the opening of EXPO 2017, he said.

“The global trend of renewable energy development indicates a significant reduction in electricity costs over the past decade. For instance, the latest auctions organised in the United Arab Emirates and Chile presented 2.9 U.S. cents for one kilowatt-hour [of solar generated electricity]. This is clear evidence that renewable energy can compete with both gas and coal generation. An important task for any state, including our country, is to find the right balance between the use of various forms of energy to produce electricity and heat,” concluded Bozumbayev.