By Malika Orazgaliyeva in International on 3 September 2016

HANGZHOU – China will be receiving international delegations from throughout the world taking part the G20 Summit. The 11th meeting will be held Sept. 4-5 and Kazakhstan will attend as a guest country. 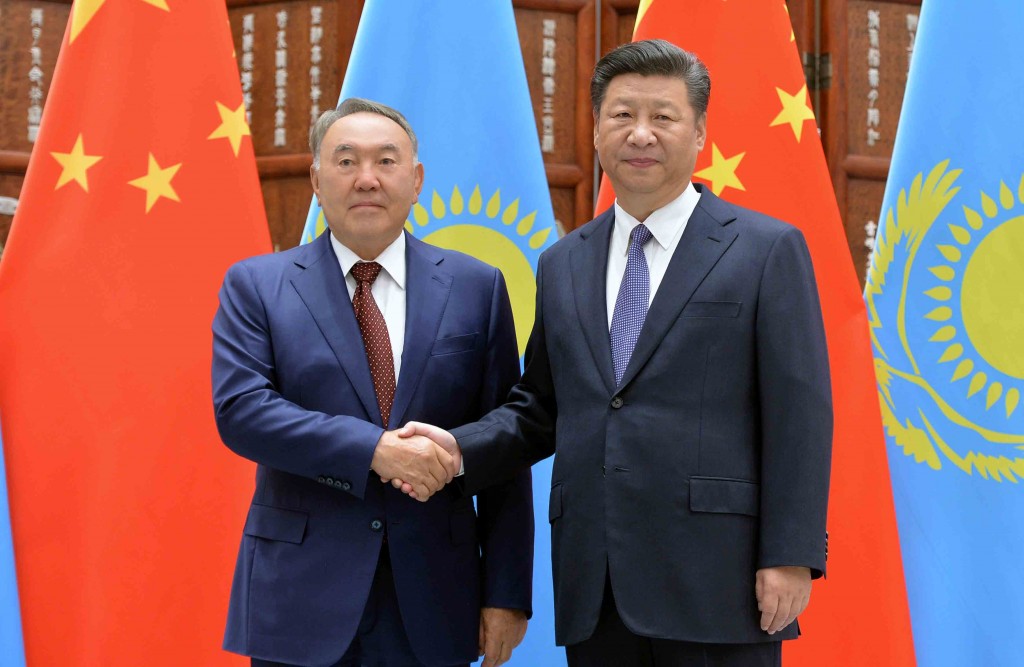 Kazakh President Nursultan Nazarbayev was one of the first leaders to arrive at the invitation of Chinese President Xi Jinping. At the Sept. 2 bilateral meeting, the presidents discussed a wide range of cooperation issues, including prospects for strengthening interaction in the spheres of trade, economy, investments, transit and transport, fuel and energy, as well as cultural and humanitarian.

The heads of state exchanged views on a number of the most relevant aspects of the regional and international agenda, reported the Akorda press service.

“The Chinese presidency was held in a difficult period. The agenda you have prepared is very important at the current stage of development. Today the G20 is concentrated on economic issues, which contributes to the solution of the most urgent tasks for the whole world,” said Nazarbayev.

He added the confidence developed through years of cooperation between the two nations has been noticeably strengthened.

“Our ties are an example of interstate relations. We have created a model of a strategic partnership, as well as raised our economic cooperation to a new level. The governments of Kazakhstan and China are actively working on the tasks that were put forward earlier. This year marks the 25th anniversary of Kazakhstan’s independence, whereas the following year will mark the 25th anniversary of the establishment of diplomatic relations between the two countries. This is a very important date,” he said.

Xi noted Kazakhstan plays a significant role in the economic development of the region and the whole world, as well as expressed appreciation for the constructive contribution of the country to the global dialogue.

“During our meeting in Beijing last year, we signed a joint declaration on a new stage in our relations. Currently, the bilateral partnership is developing in all fields. Taking into account the 25th anniversary of the establishment of diplomatic relations between Kazakhstan and China, there is a need to deepen mutually-beneficial cooperation and focus on strengthening strategic coordination on the basis of sincerity, mutual trust and assistance,” he said.

The two sides expressed hope that the G20 summit will play an important role in determining further ways of developing the world economy and become a new driving force for global economic growth.

The talks resulted in signing the following documents – the cooperation plan for pairing the Nurly Zhol and Silk Road Economic Belt programmes; the protocol on amending the agreement between the governments on establishing the co-operation committee of the two countries dated May 17, 2004 and the protocols between the Kazakh Ministry of Agriculture and Chinese Directorate of Quality Supervision, Inspection and Quarantine on quarantine and health requirements for equine animals and phytosanitary requirements for soybeans exported from Kazakhstan to China.

Engagement groups such as B20, L20 and T20 prepared policy recommendations for the summit during the year, according to the G20 website.